The Oakland Raiders defeated the Green Bay Packers on Friday night, 13-6, continuing the third full week of preseason action in the NFL. 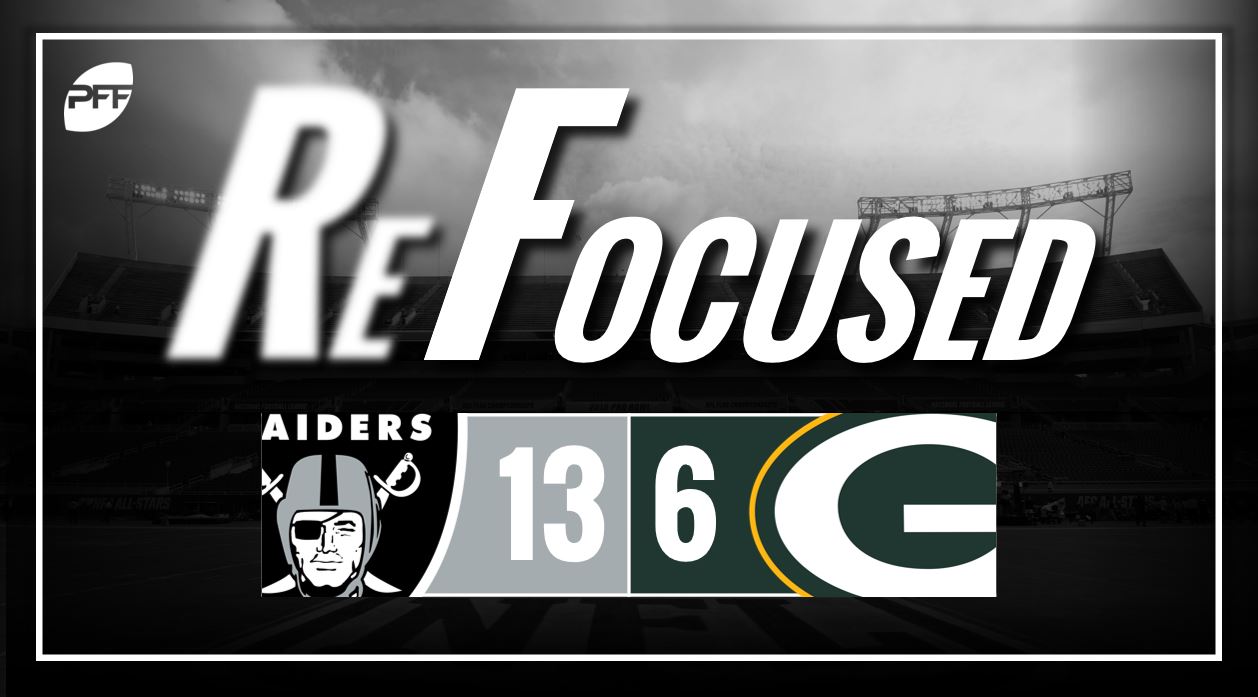 Starting quarterback Aaron Rogers took the game in from the sidelines in street clothes. Rodgers looked on as the Packers had a subpar night in pass protection. Tackle Kyle Murphy had a difficult night pass-blocking and surrendered multiple pressures.

Quarterback DeShone Kizer had a rough ending to the game as he tried to lead the Packers' offense on a potential game-winning drive. The last two plays of the game saw Kizer fumble the snap before he could spike it and then he threw the ball out of bounds on the next play which sealed the win for the Raiders.

Edge defender Reggie Gilbert had a nice game, finishing with multiple tackles, as well as a sack and a forced fumble. He showed well in all facets of the game, rushing the passer, defending the run, and tackling.

The Packers' young cornerbacks, Josh Jackson and Jaire Alexander, continued their epic preseason in this game, combining for two interceptions, though Jackson's was nullified due to a penalty. Alexander made a nice leaping grab to pick off Connor Cook in the second quarter, while Jackson's also came on a nice play while in tight coverage in the second quarter to intercept Cook.

Tackle Donald Penn had a rough first series for the Raiders, being beaten multiple times in the run game, and the series culminated with him getting soundly beat on a bull rush on third down, which led to a sack and Derek Carr fumble. The offensive line as a whole for Oakland really got off to a rocky start.

The Raiders offense struggled as a unit for the majority of this game, but perhaps the biggest highlight came on the opening play of the game when Amari Cooper made a fantastic leaping grab over cornerback Jaire Alexander for a 49-yard gain. The throw from Derek Carr wasn't great, but Cooper adjusted in the air to pull it down for what would become the biggest play of the game for the Raiders.

New acquisition Dominique Rodgers-Cromartie did make it on the field in a limited role.

Green Bay: Fadol Brown and Shilique Calhoun generated two sacks each in a dominant performance from the Raiders' defensive line.

Oakland: Arguably the biggest play of the game for the Raiders came late in the fourth quarter, as they were driving to take the lead. On third and long, quarterback E.J. Manuel hooked up with Keon Hatcher on a hitch route for a gain of 15 yards, while absorbing a big hit from Montravious Adams, which turned into a roughing the passer penalty. All told, it was a 30-yard swing to put the Raiders in field goal range, which ultimately led to the game-winning score.