The Khalil Mack saga has wound its way to a close with the Chicago Bears stepping up to make the offer that made the Oakland Raiders ship out their best player. 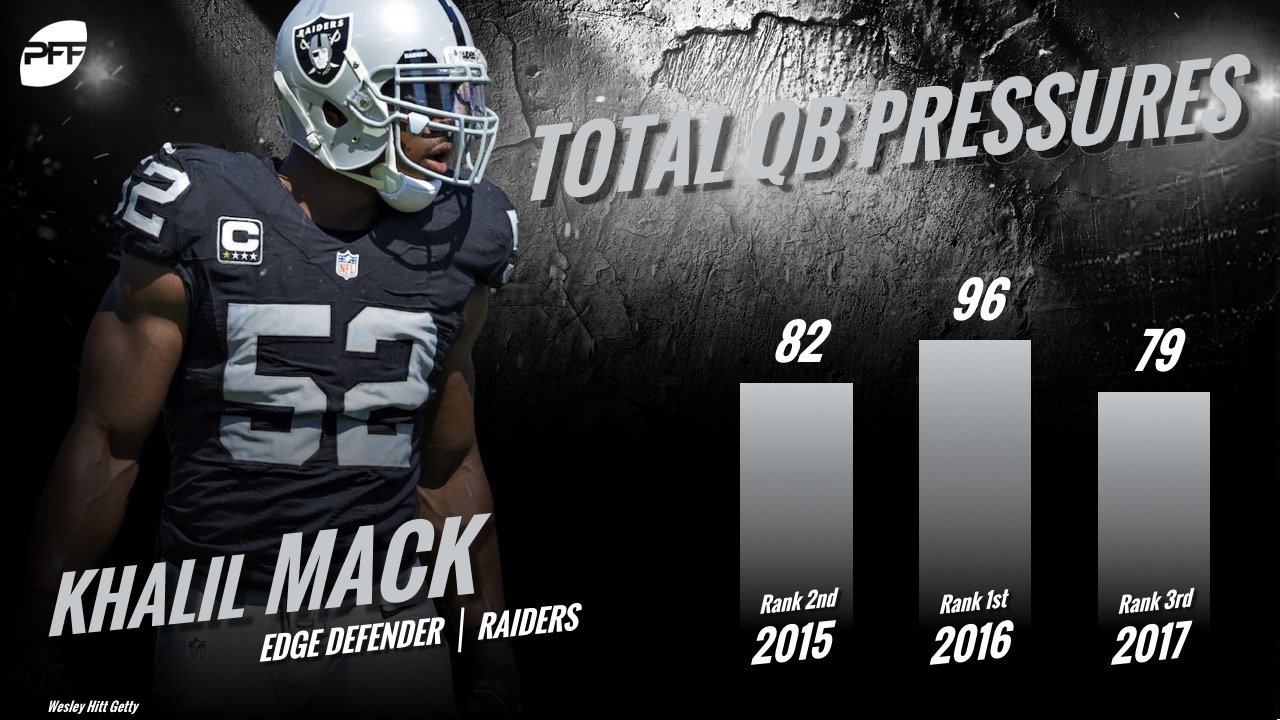 Chicago’s defense has been heading in the right direction for a while now, but this move has a chance to accelerate the process and gives them a legitimate impact edge rusher to address an area they have struggled with for a while.

The Khalil Mack situation isn't dissimilar to the Jared Allen trade that took him to Minnesota.

First+ multiple other picks. Then had to give him the richest DE contact ever.

Sometimes banking on a known quantity is just worth the premium.

Now that we know the team acquiring Mack, the Allen comparison is even more appropriate. The Vikings had spent multiple first-round picks on defensive ends in the years leading up to that deal and all had busted.

The Bears haven’t experienced quite the same futility in their search for edge rushers as the Vikings a decade ago, but they have had their own struggles addressing that spot in the draft and free agency combined.

Akiem Hicks led the team in total pressures in 2017 from the interior of their defensive line, while their highest total among edge rushers was 36 from former first-round pick Leonard Floyd. That total is less than half of the league leaders on the edge and given that he rushed the passer 276 times during the regular season, was a poor enough return to earn him a PFF pass-rush grade of just 61.3. 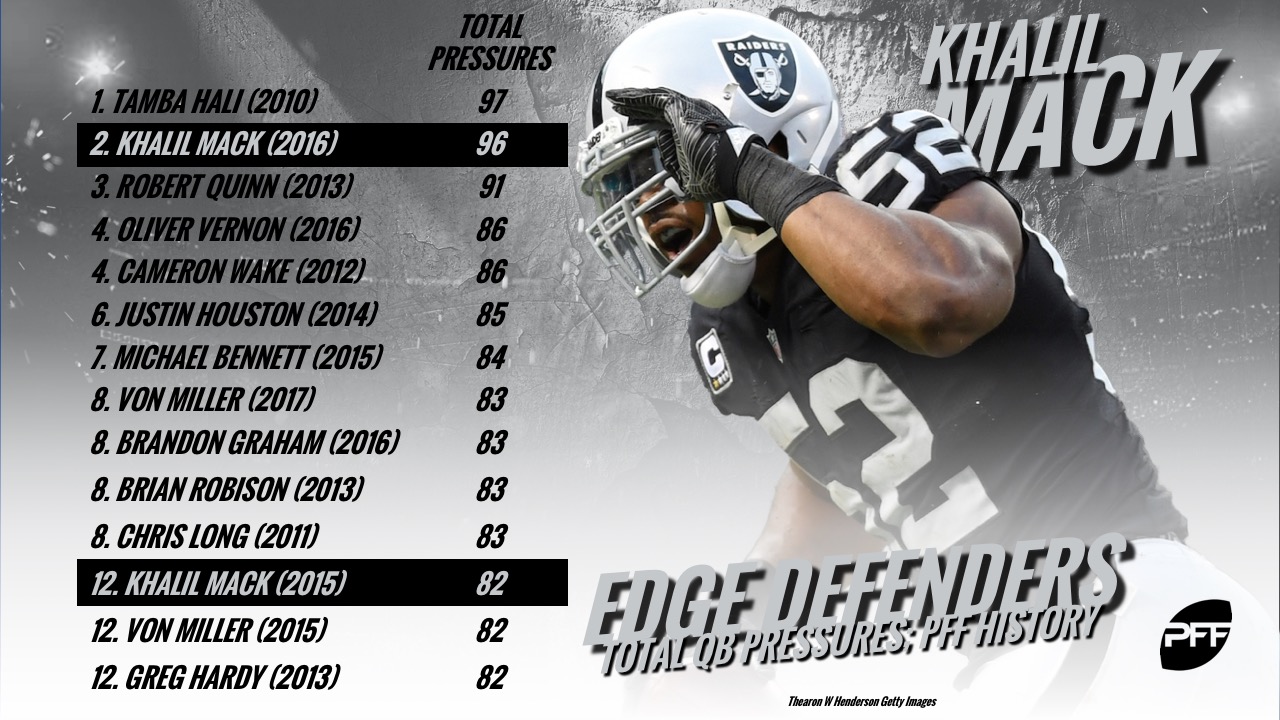 By contrast, Mack’s pass-rush grade was 88.3, giving him an average of 90.1 over the past three seasons. He notched 79 total pressures on his own, which is almost as many as the entire Bears stable of edge rushers managed as a unit last season.

As a bonus, Mack is far from just a pass-rusher who offers nothing as a run defender. He may be the best run-defending edge rusher in the game and has 207 defensive stops to his name since he entered the league, 40 more than the next-best edge rusher (Von Miller).

Whatever way you look at it, the Bears have acquired one of the best defenders in football – a player that was ranked as the seventh best in the game on the PFF 50 heading into this season – and though it will cost them significantly in terms of both cap space (once they extend his contract) and draft collateral to make it happen, there is precedent for such a large haul still proving to be excellent value.

10 years ago, the Vikings traded a big haul of draft picks to the Kansas City Chiefs to acquire Jared Allen and finally solve their pass-rush problems. They then had to hand Allen what was at the time the richest contract ever for a defensive end. Allen went on to notch 429 total pressures for the Vikings, averaging 71.5 a season, and allowing them to stop rolling the dice and coming up snake eyes on one of the most important positions in the game.

The Bears may have paid a premium, but sometimes premium prices get you the best quality.