Here are the top five linebacker contracts headed into the 2018 NFL season:

Foster was lost for the year midway through the 2017 season, but looking back to his 2016 season, it’s easy to see why he is good value to have around. Costing Washington just $2 million per year, with just $500k guaranteed, Foster had a career year in multiple areas in 2016. His PFF defense grade of 79.5 was the best he has ever produced, while his 80.3 coverage grade was especially impressive when you consider that he had never had a season above 62.8 in that regard before last year.

Woodyard was a solid all-around defender in 2017. He ranked T-12th among linebackers with a 15.7 run stop percentage last season, registering 57 tackles resulting in a defensive stop in the regular season. An effective blitzer, Woodyard produced a pass-rushing productivity rating of 17.3, the highest among linebackers with at least 100 pass-rushing snaps. Woodyard’s best season came in 2015, when he produced an 89.9 PFF defense grade, and while he hasn’t been at that level the past two seasons, he is still a player capable of making a big impact. 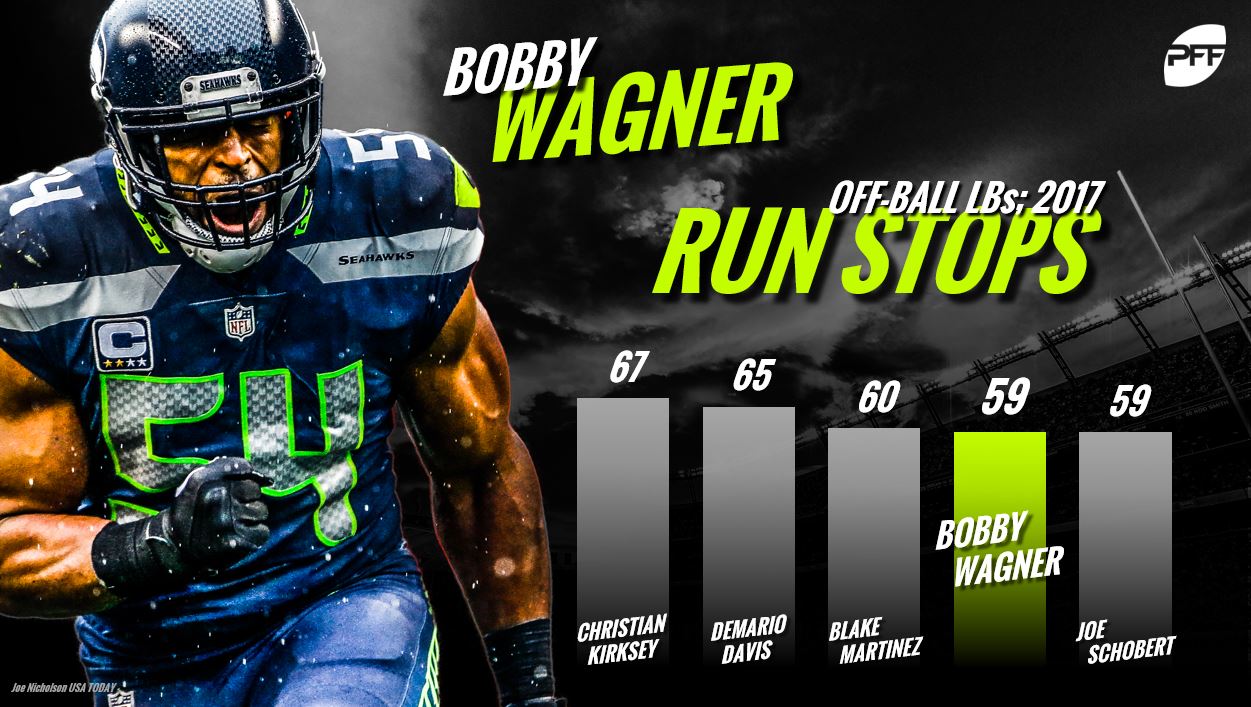 Only three linebackers in the NFL registered more tackles resulting in a defensive stop versus the run than the 59 registered by Wagner. He was also one of the top blitzers in the NFL, registering two sacks, four hits and five hurries on 52 pass-rushing snaps. At just 28-years-old, Wagner has produced his two highest-graded seasons over the past two years, and he was elite in all that was asked of him last year. With age still on his side, don’t be shocked to see him be as good, if not even better, in 2018. 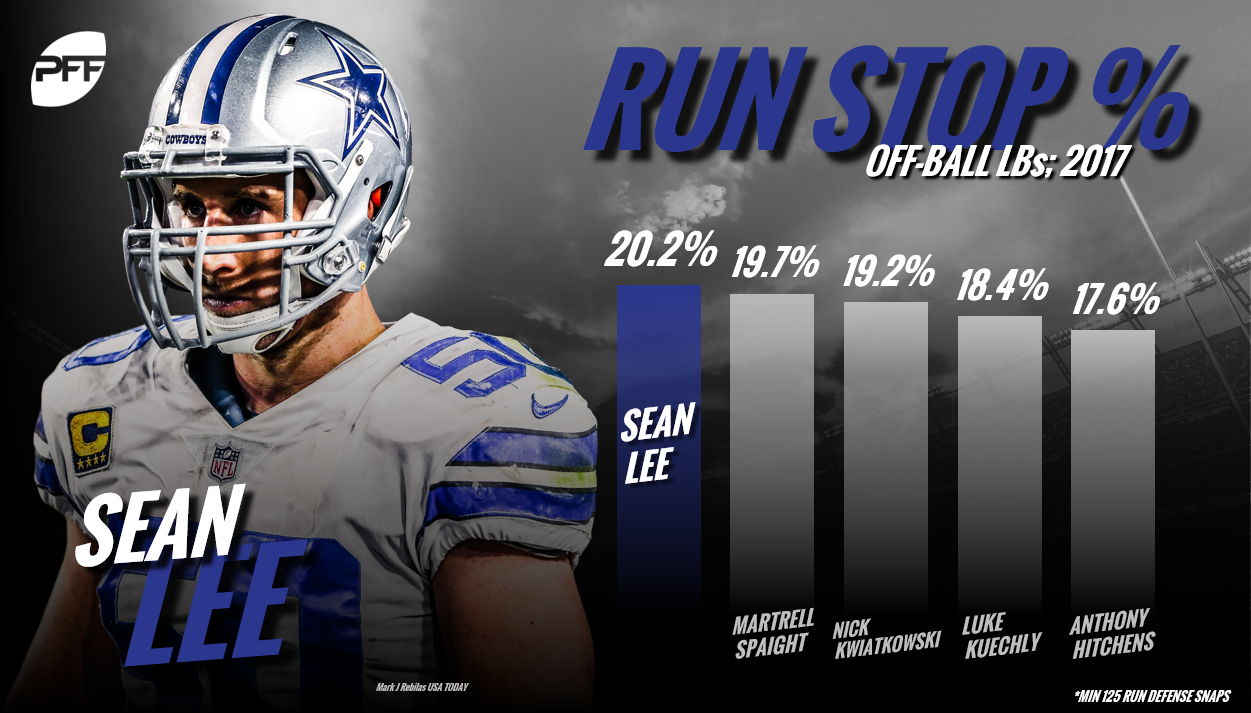 Lee was dominant against the run in 2017, registering a tackle resulting in a defensive stop on 20.2 percent of his run defense snaps, the highest percentage in the NFL among linebackers. He’s not the same player he once was, with injuries likely taking their toll, and he has seen his PFF coverage grade drop in each of the last three seasons. That being said, he was an elite run defender, and he is still solid enough in coverage to not hurt the Cowboys. Averaging $7 million per year, that’s a good deal for the Cowboys all things considered.

Burfict was solid in coverage in 2017, finishing the regular season tied for eighth among linebackers having allowed an average of 0.7 yards per snap in coverage. Burfict earns $11.1 million per year, but just $1.1 million of that is guaranteed. That’s not surprising given some of the discipline issues he has had, but when you look at his body of work, he has been a pretty good linebacker over the course of his career. He can do it all, adding support as a blitzer, where he registered two sacks, four hits and three hurries on just 33 pass-rush snaps in 2017.