Beyond providing data for all 32 NFL teams, PFF also supports network broadcasters with game-preview packets that are used to enhance the in-game experience for fans and viewers. This Dolphins-Texans preview features the same information our broadcast partners use for team research and in-game production.

Osweiler dropping dimes when given the time

Brock Osweiler has excelled when he's spent more than 2.5 seconds in the pocket. In addition to his 126.6 passer rating, Osweiler is completing 64.7% of these throws with a 3:0 TD:INT ratio. 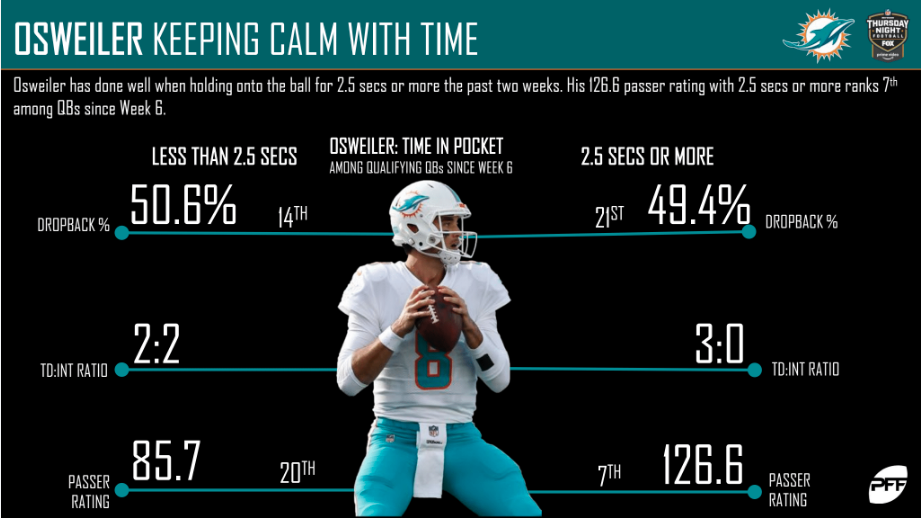 Kenyan Drake has been struggling to make defenders miss this year, made evident by his 42.7 elusive rating. Drake’s 2.72 yards after contact per attempt ranks him 50th among running backs and .35 yards behind fellow teammate, Frank Gore. 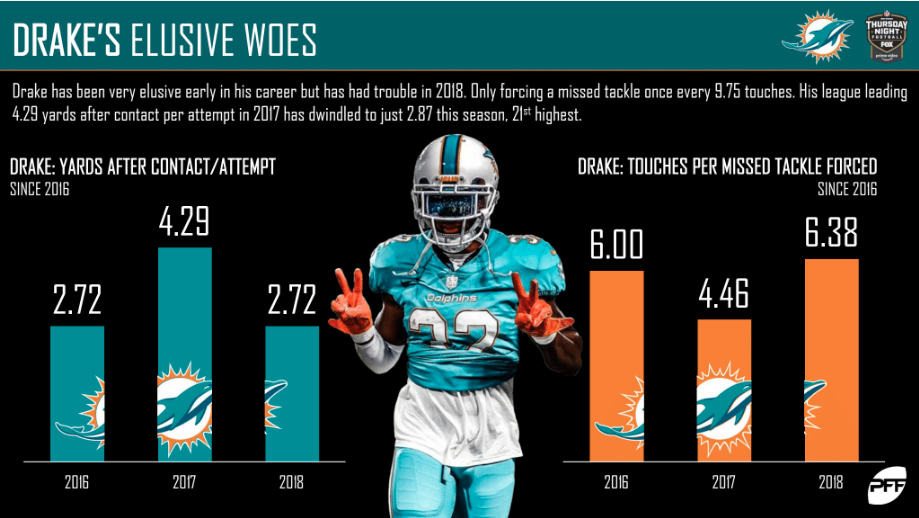 Fitzpatrick living up to the first-round billing

The Miami Dolphins are getting an early return on their investment from their 11th overall pick, Minkah Fitzpatrick. The rookie corner ranks fourth-best at his position in passer rating allowed when targeted. 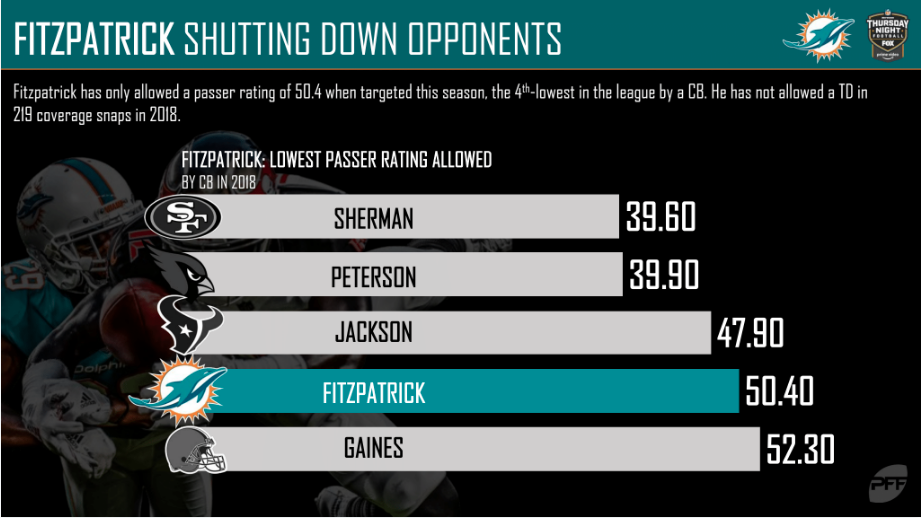 It should be no secret where both Cameron Wake and Robert Quinn line up Thursday night, as the Dolphins edge rushers have stuck to their respective sides more than most. They'll be eager to add to their pressure total against the underperforming offensive line of the Texans. 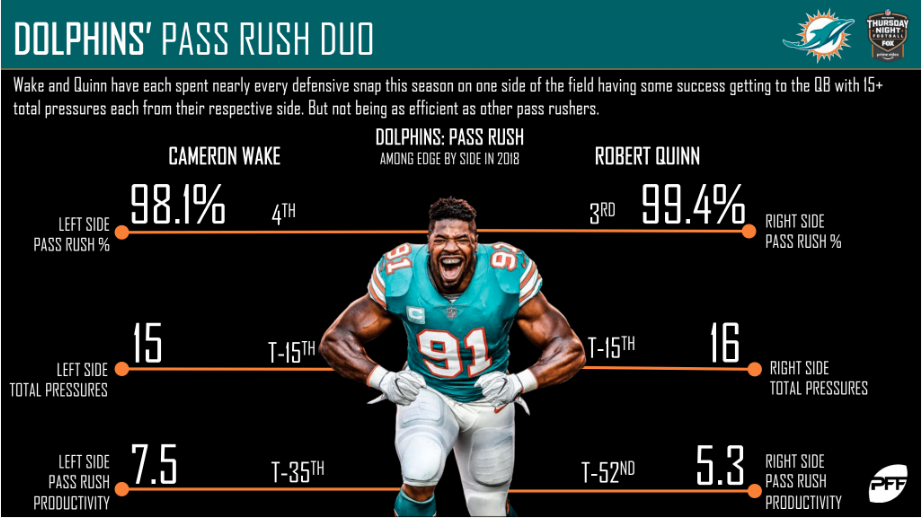 Deshaun Watson has been pressured at a higher rate than any other quarterback in the league this season. His 138 dropbacks under pressure are the most in the league this year, and he could very well be in trouble against the strong pass-rush duo of Wake and Quinn. 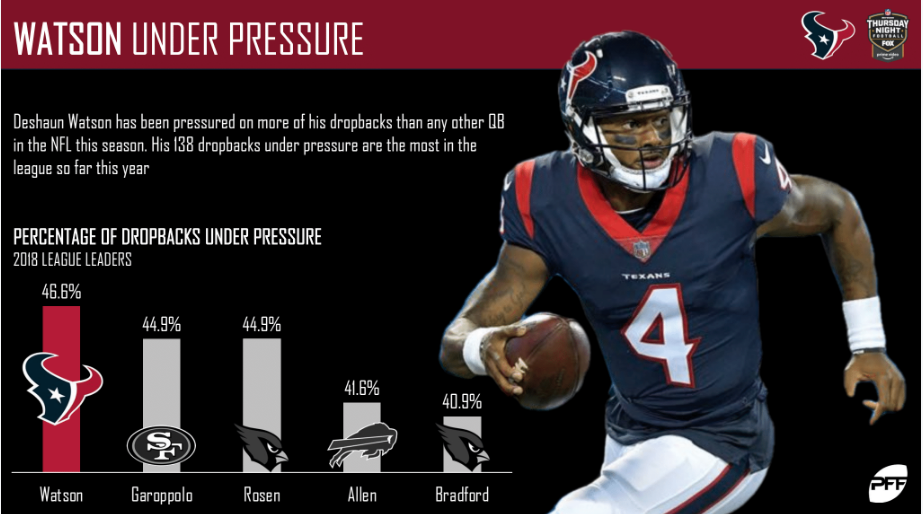 So far this season, the Texans boast two of the most sure-handed receivers in the NFL. The pair will look to continue this trend of Thursday night. 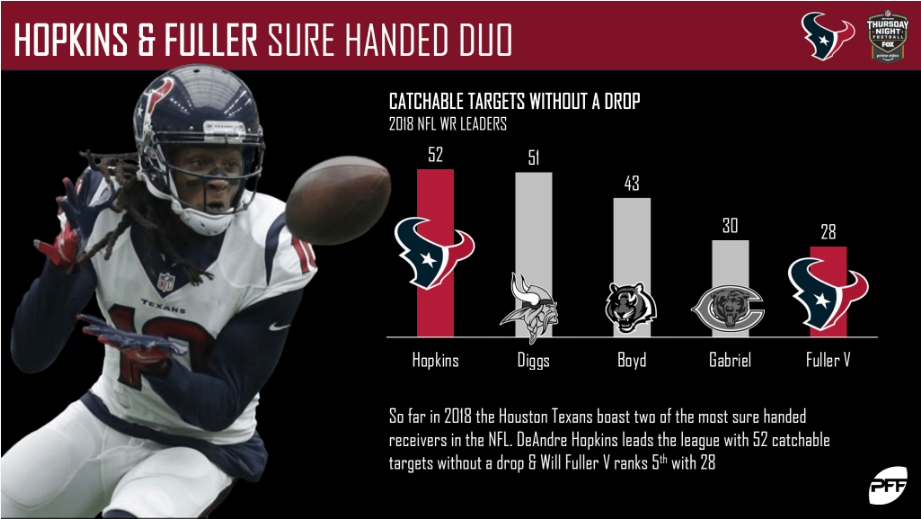 Jackson does it all

Kareem Jackson has been a swiss army knife on defense so far this season. He'll be looking to make an impact against the Dolphins. 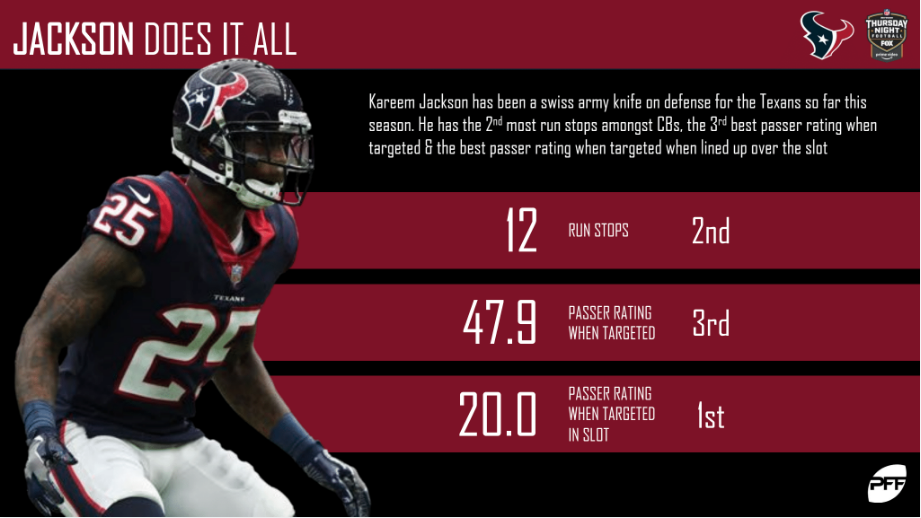 Seven games into the season, J.J. Watt has already played more snaps than he did in 2016 and 2017, combined. It's been so far, so good for the veteran, as his 32 quarterback pressures are the fifth-most among edge defenders this year. 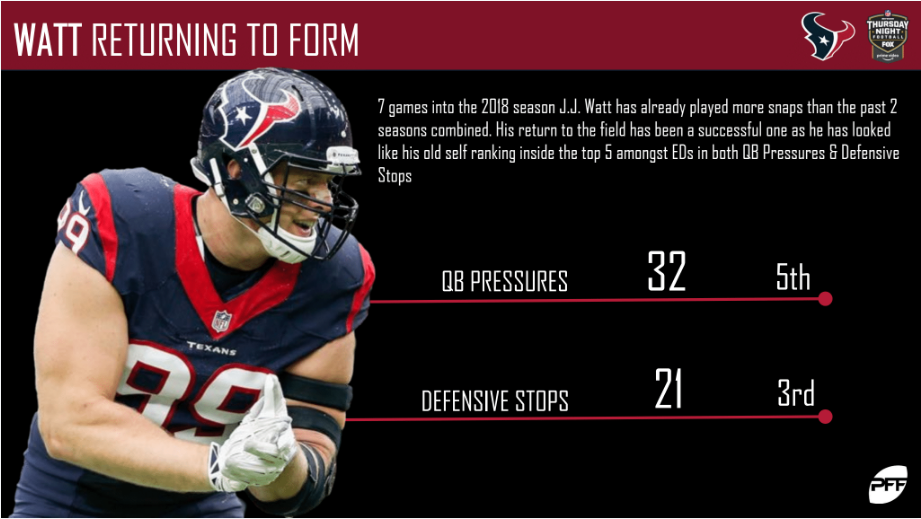 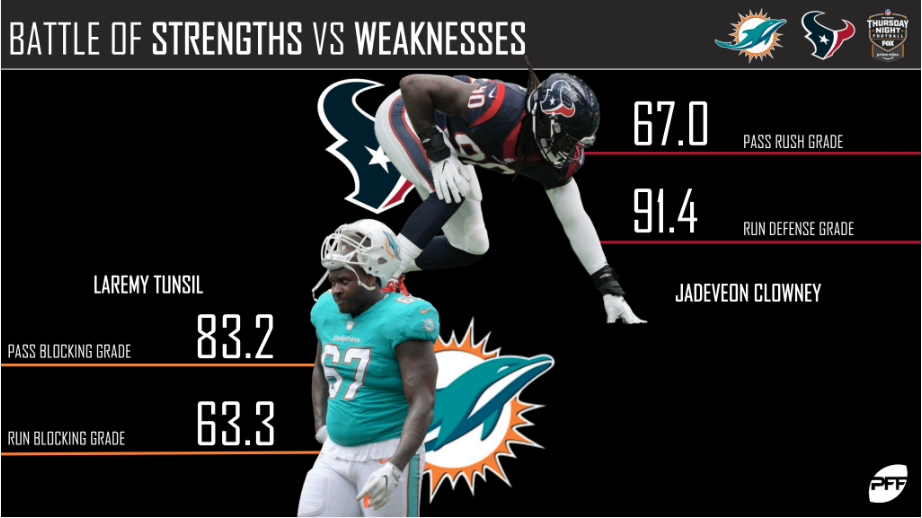 PFF Greenline has projections for the spread, moneyline and over/under of the Dolphins' matchup with the Texans. Get its picks here.