Beyond providing data for all 32 NFL teams, PFF also supports network broadcasters with game-preview packets that are used to enhance the in-game experience for fans and viewers. This Redskins-Giants preview features the same information our broadcast partners use for team research and in-game production.

Smith taking a step back

Alex Smith has taken a big step back this season. On top of his average depth of target and percentage of catchable throws being in the bottom half of the league, his 73.6 adjusted completion percentage ranks 22nd of 27 qualifying quarterbacks. 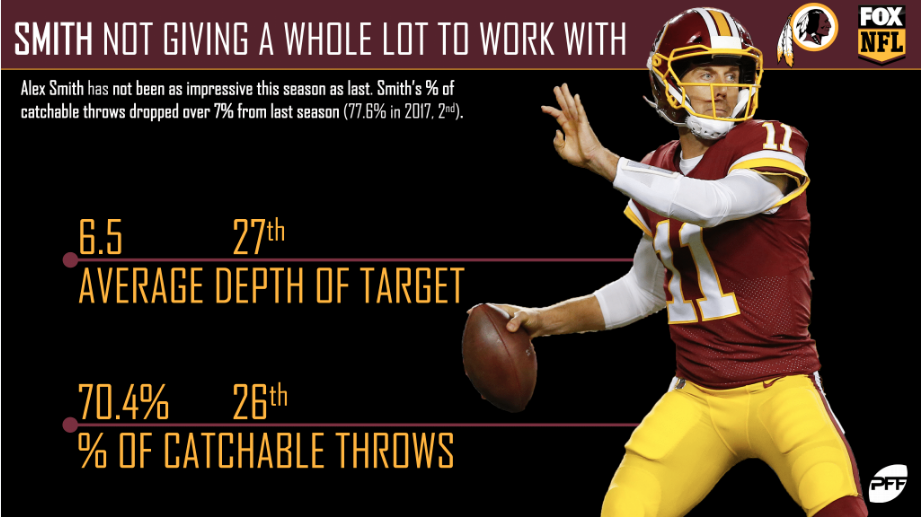 Adrian Peterson has seemingly turned back the clock this season. The veteran running back has looked good, forcing 20 missed tackles on the season, tied for fifth-best among running backs with at least 75 carries. Peterson is also averaging 3.02 yards after contact, which ranks ninth among running backs. 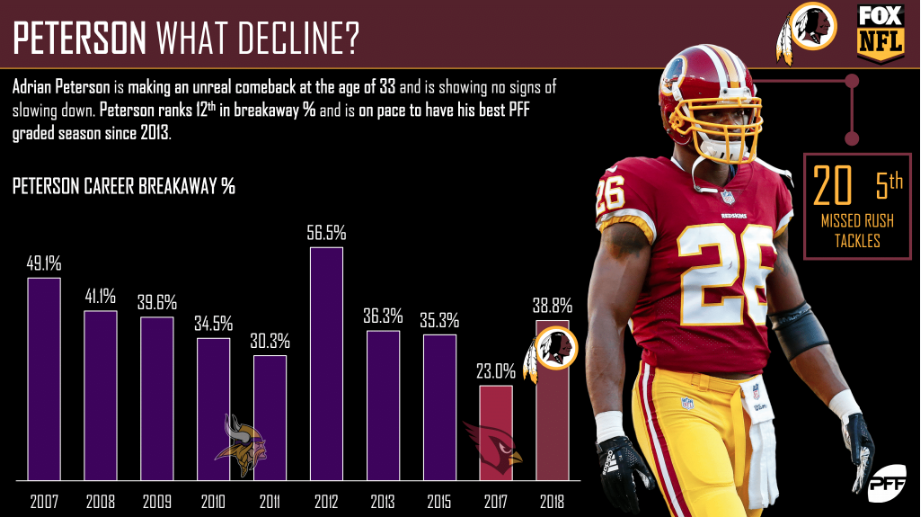 Brown: Thou shalt not pass

Zach Brown has been an anchor for the Redskins defense this season. HE'll need to be at his best against Barkley and the Giants. 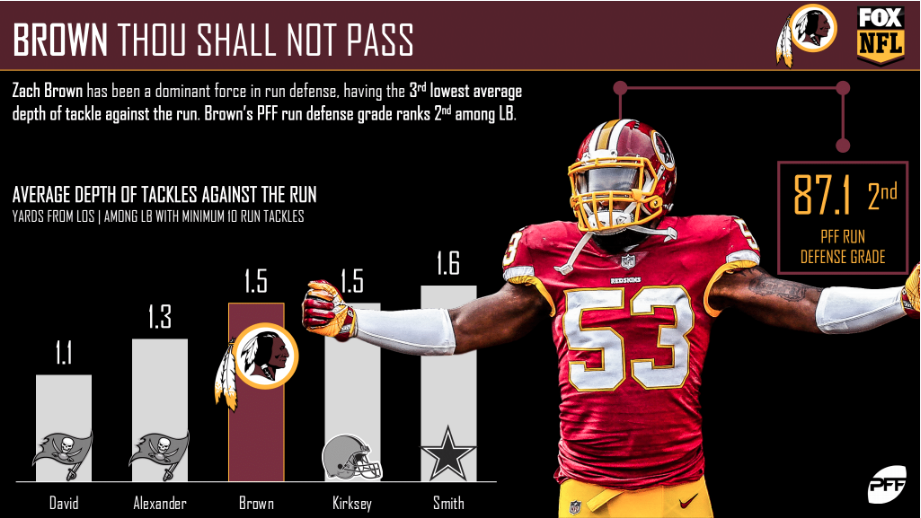 Josh Norman has not been playing at the level we expected this season. His 66.9 overall grade is the lowest grade he’s had since his sophomore year, and he is allowing 15.3 yards per reception on the season, which ranks 10th highest among corners with at least 250 snaps. 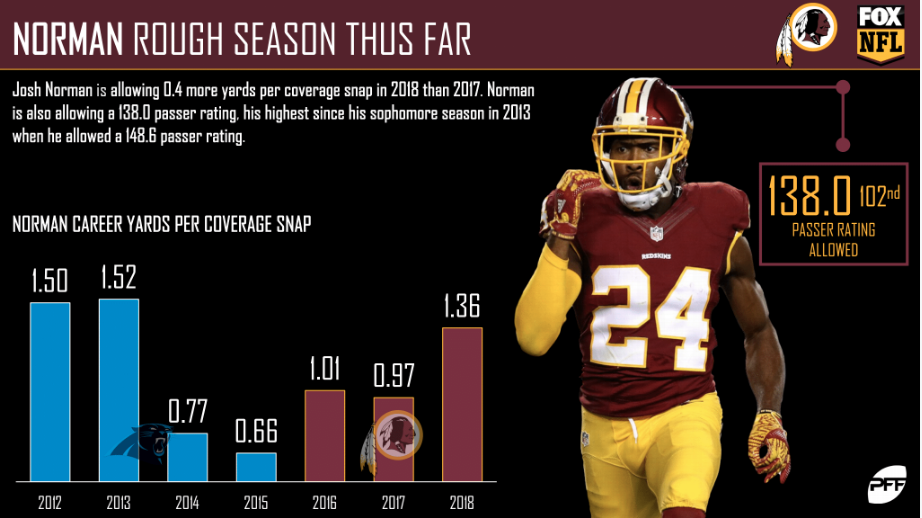 Eli Manning is being pressured early and often this season, and his numbers under pressure are underwhelming, to say the least. He has an overall grade of 36.5, a passer rating of 64.9, a 61.1% adjusted completion percentage and an average of 8.4 yards per attempt when under pressure. All of those marks are in the bottom half of the league. 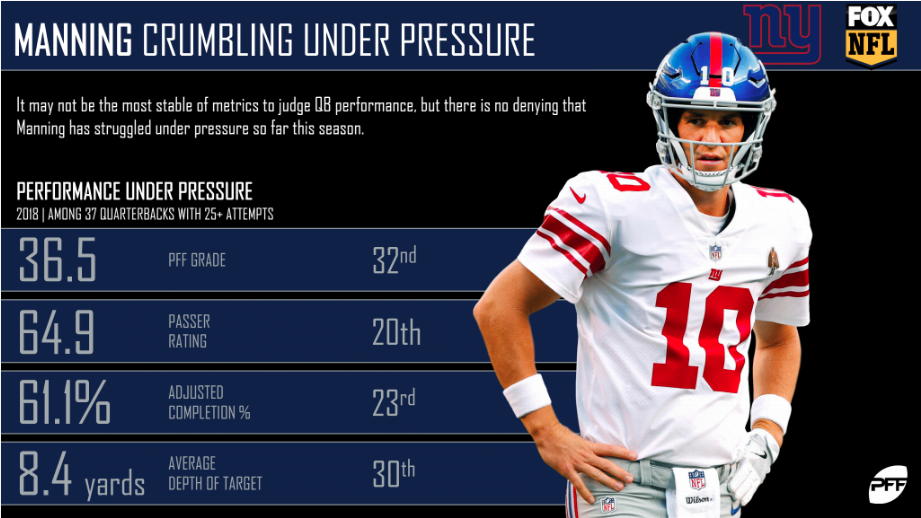 Barkley as good as advertised

Saquon Barkley has lived up to his draft hype so far this season. For running backs with at least 75 attempts, Barkley’s 79.3 overall grade ranks third, and his 76.7 rushing-grade ranks 5th. More impressive is how well he’s done as a receiver, where he has earned a grade of 88.4, the second-best mark among all running backs. 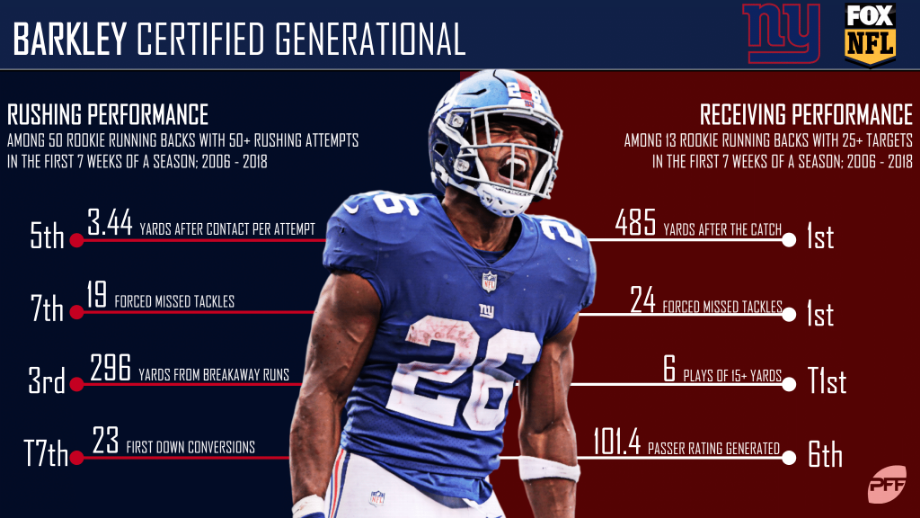 Landon Collins has been a constant for an up-and-down Giants defense. The former Alabama safety has generated a run-stop percentage of 7.4%, which ranks second among safeties with at least 100 snaps against the run. Collins has also racked up 49 tackles, the second most of any safety. 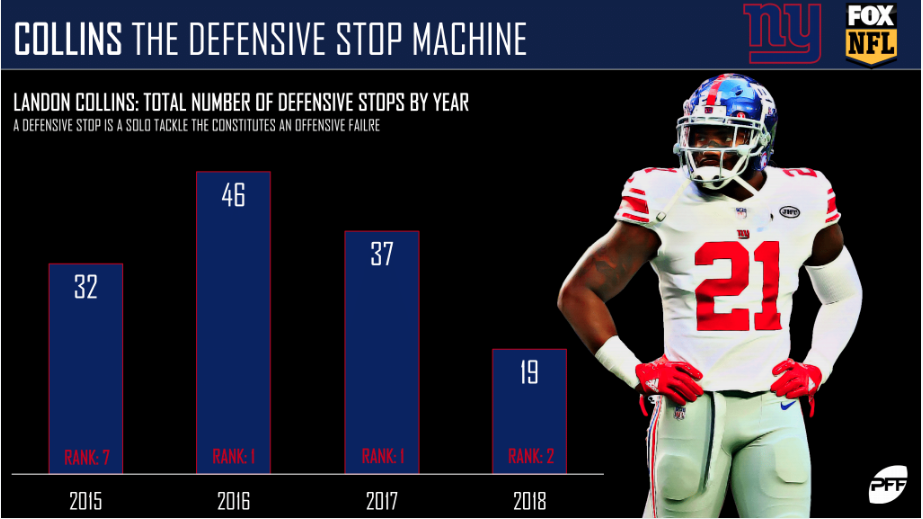 B.W. Webb will be seeing a lot more playing time now that  Eli Apple is out of town. The journeyman corner has earned a 57.9 grade on the season so far, the highest mark of his career. Webb played his best game of the season against the Falcons last week, where he earned a 74.6 overall grade and a 69.1 coverage grade. 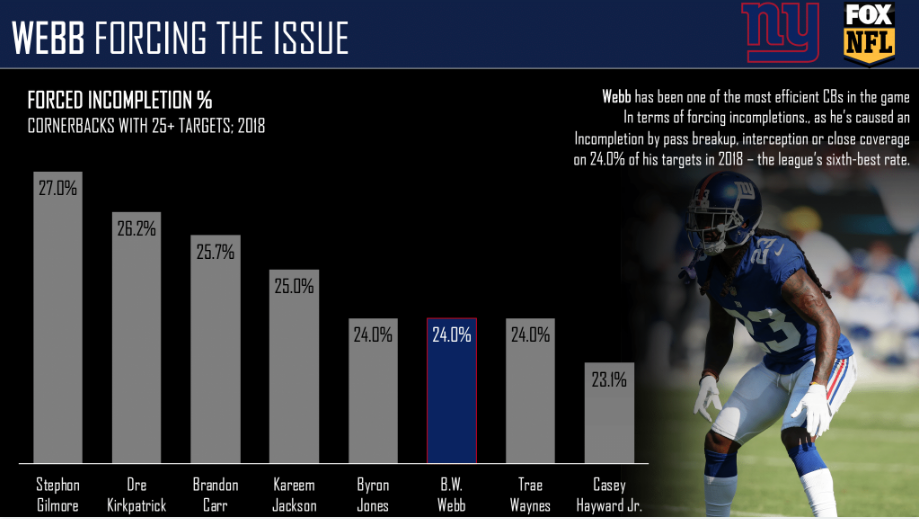 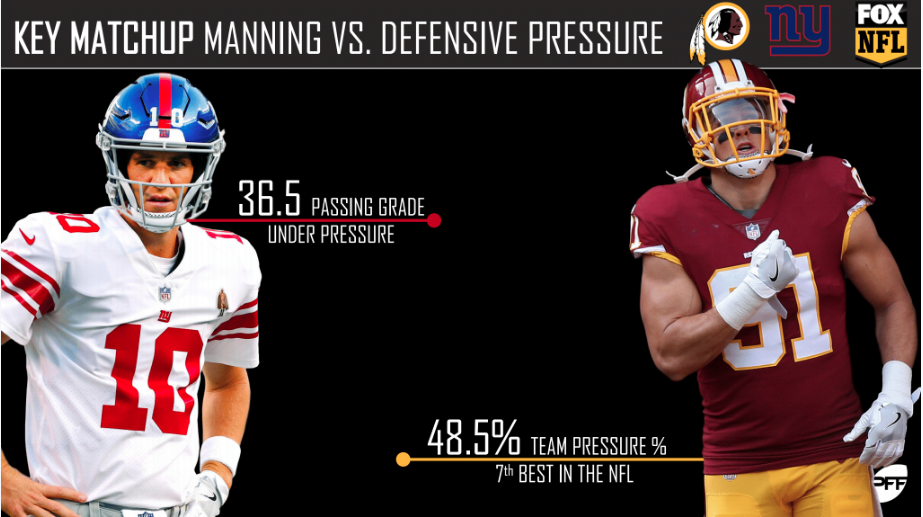 PFF Greenline has projections for the spread, moneyline and over/under of the Redskins' matchup with the Giants. Get its picks here.