Beyond providing data for all 32 NFL teams, PFF also supports network broadcasters with game-preview packets that are used to enhance the in-game experience for fans and viewers. This Cowboys-Redskins preview features the same information our broadcast partners use for team research and in-game production.

Prescott moving the ball with the play fake 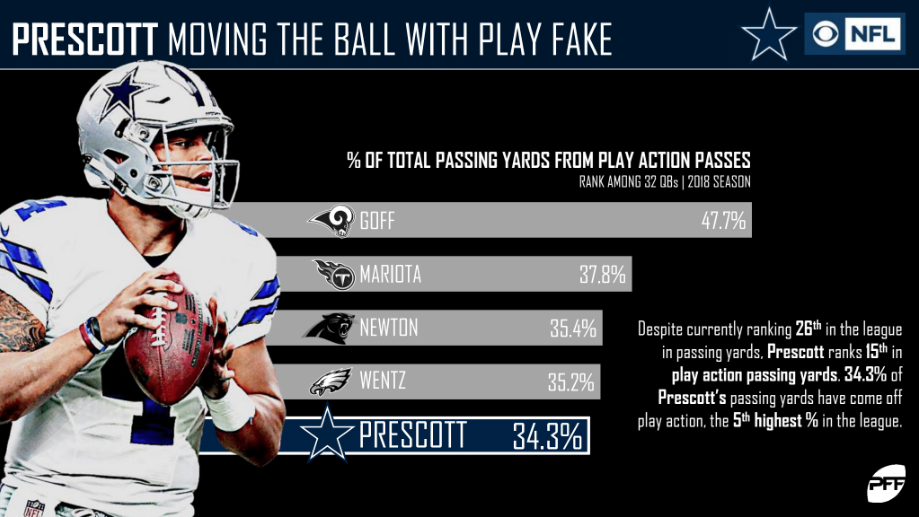 Through six weeks, Ezekiel Elliott‘s 13 rushes of 15+ yards are the most among all running backs. Those runs have accounted for 46.4% of Elliott's yardage, which is the fourth-highest percentage in the league. 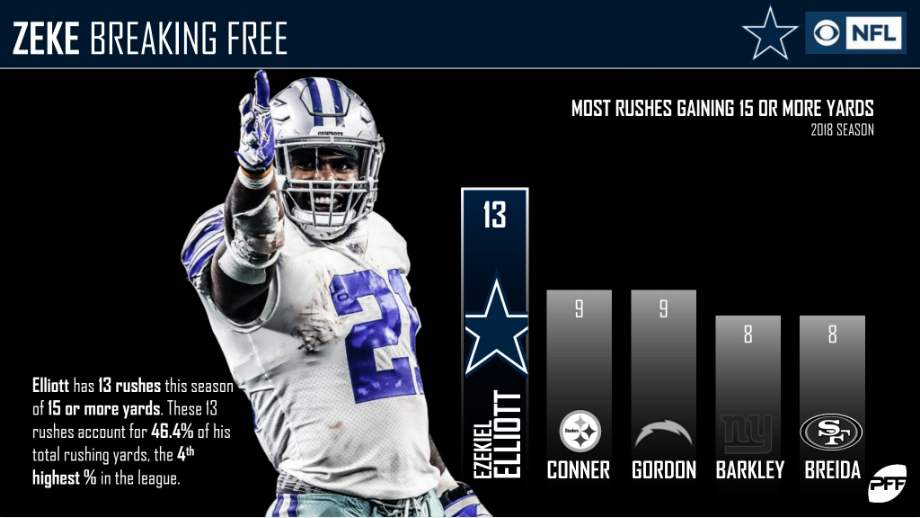 Defense struggling on third down

The Cowboys pass defense has been good to this point, but they've struggled on third downs. When passing on third down, opposing quarterbacks have a passer rating of 106.7 against them. That's currently the fourth-highest mark in the league. 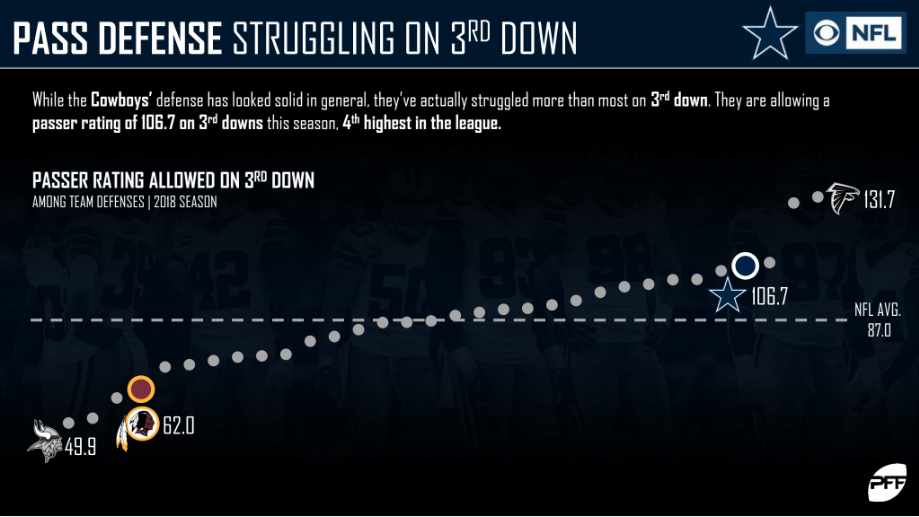 Lawrence among the best

Demarcus Lawrence is proving that his breakout 2017 season wasn't a fluke. Lawrence's 26 quarterback total pressures from the left side are the most among edge defenders this season. 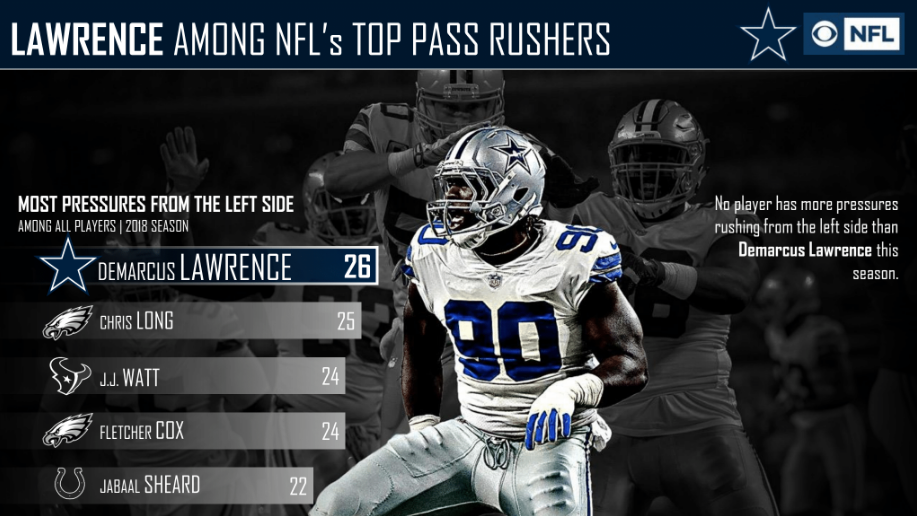 Through his first five games in Washington, 75.4% of Alex Smith‘s pass attempts have traveled less than 10 yards in the air. That's the third-highest rate in the league, and nearly ten points higher than the league average (66.7%). 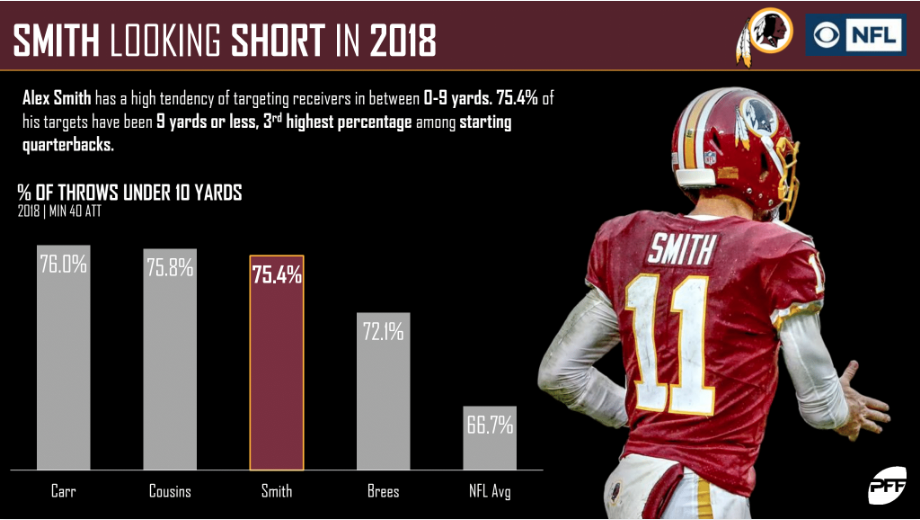 The tight ends catch everything

The Redskins tight end corps has hauled in all 29 catchable targets thrown their way. They'll look to keep it going on Sunday. 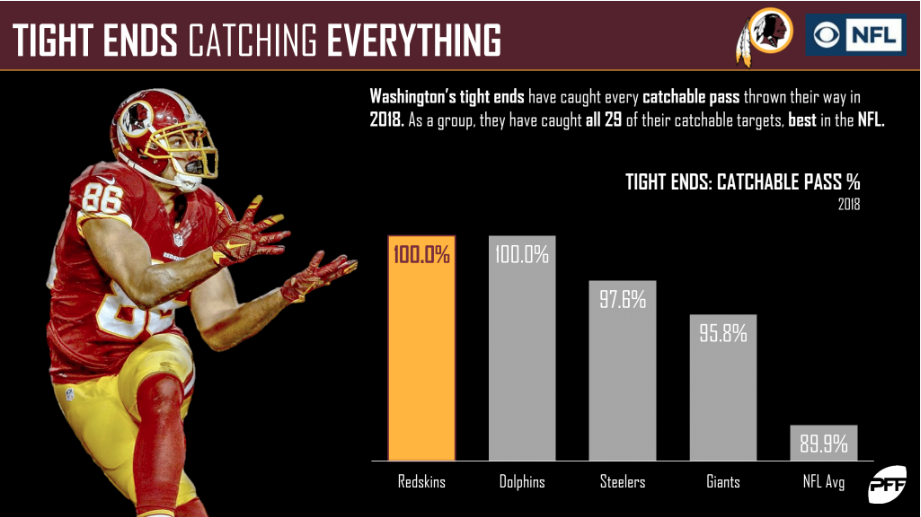 When opponents pass on third down against the Redskins, chances are they won't be doing it from a clean pocket. Through six weeks, the Redskins have produced pressure on 53.2% of their third down pass-rushes, which is currently the second-highest rate in the league. 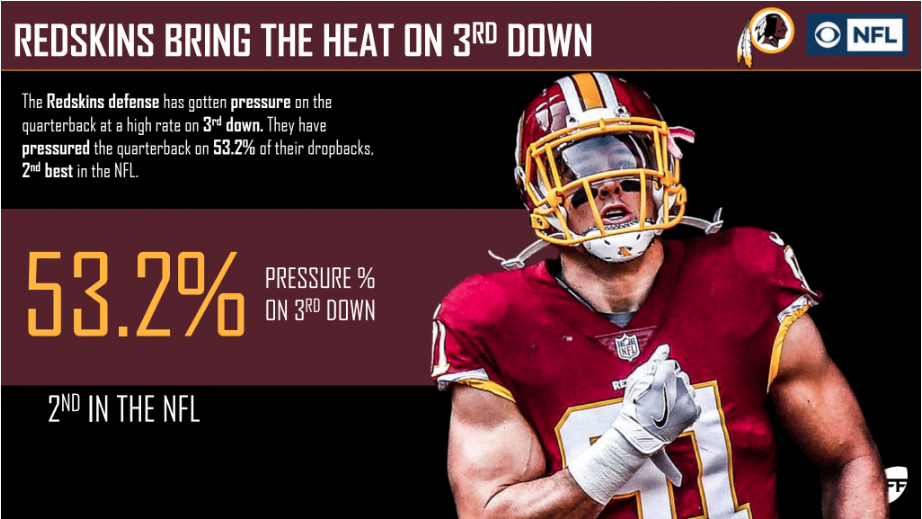 Norman taking a step in the right direction

After allowing a passer rating of 156.3 in weeks one through five, Josh Norman hopes to have taken a step in the right direction this past Sunday. In week six, Norman's passer rating when targeted of 63.8 ranked 39th out of 153 qualifying corners, and he also recorded his first interception of the year. 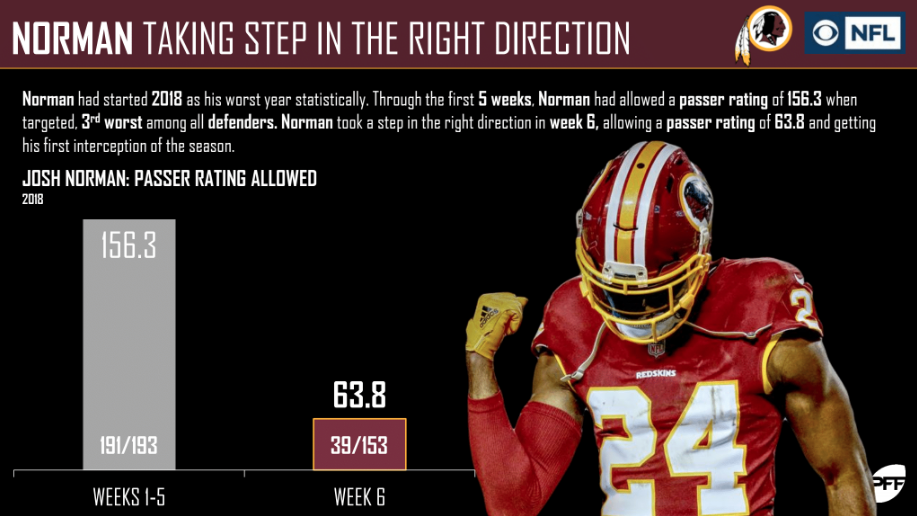 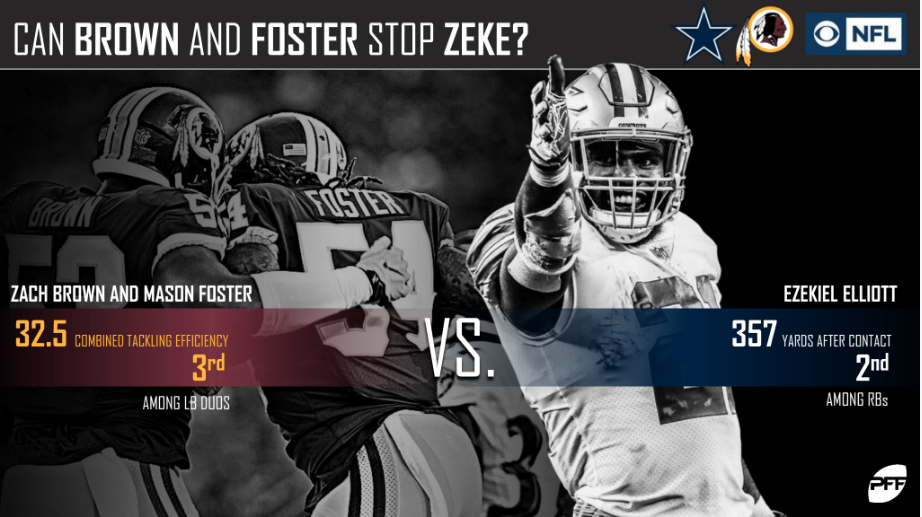 PFF Greenline has projections for the spread, moneyline and over/under of the Cowboys' matchup with the Redskins. Get its picks here.