Beyond providing data for all 32 NFL teams, PFF also supports network broadcasters with game-preview packets that are used to enhance the in-game experience for fans and viewers. This Steelers-Bengals preview features the same information our broadcast partners use for team research and in-game production.

The battle in the trenches

Sunday's matchup will feature a battle in the trenches. The Steelers' offensive line owns the fourth highest pass-blocking efficiency, and they have allowed pressure on only 24.8% of dropbacks, the second-lowest rate in the league. They will be tested against the Bengals' fourth-ranked pass rushing unit. 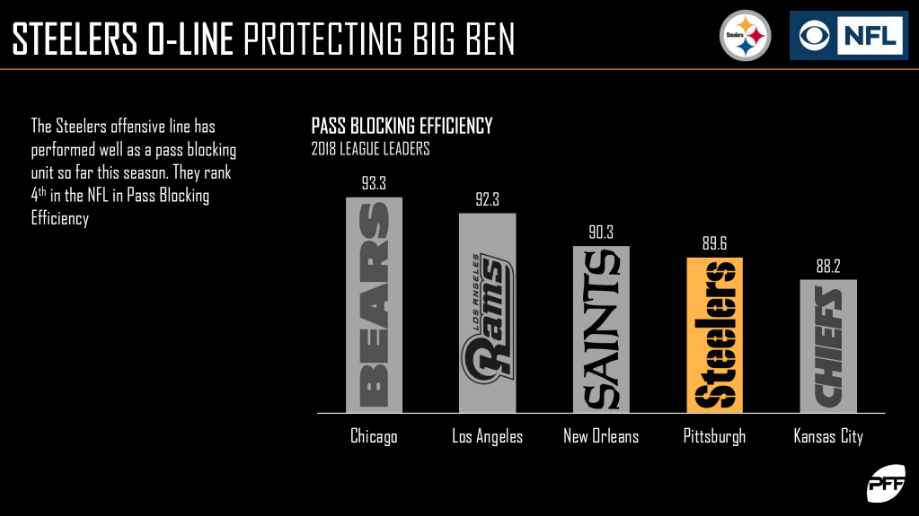 Running back James Conner has enjoyed an incredible start to his 2017 campaign. He is currently averaging just under three yards after contact per attempt (2.94) and an astonishing 6.4 missed tackles per game. His production will be tested against PFF's fourth-ranked run defense. 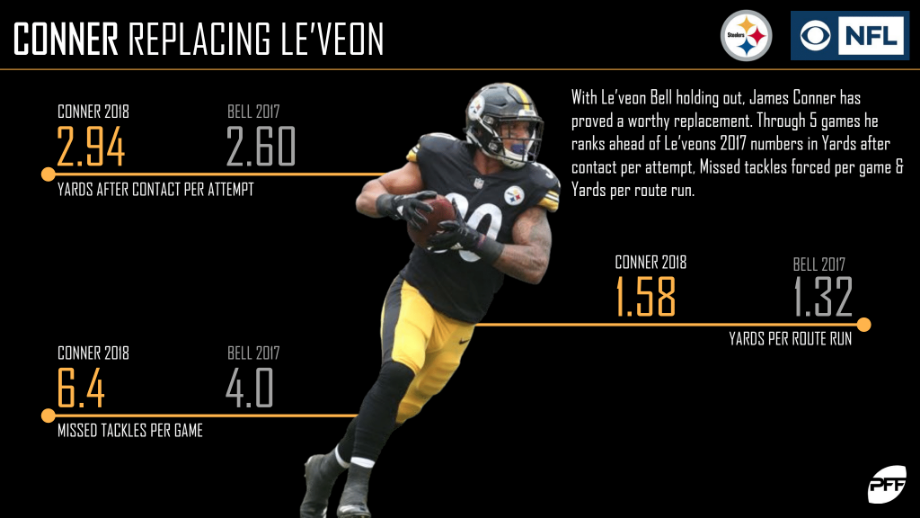 Interior defender Cameron Heyward will look to continue his impressive start when he faces a struggling offensive line. Heyward ranks eighth among interior defenders with 18 quarterback pressures and is tied for second in quarterback sacks with four. 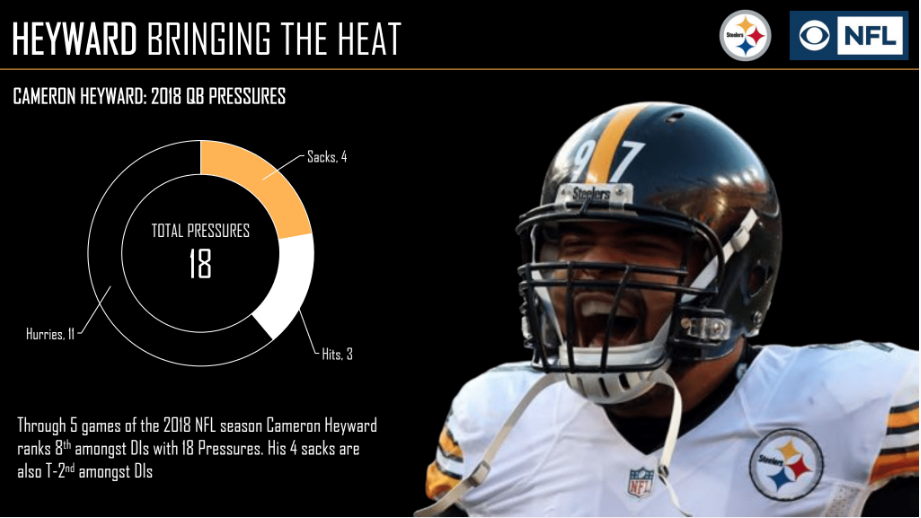 The Steelers have been bringing pressure in creative ways this season. They have dropped their edge defenders T.J. Watt and Bud Dupree into coverage a combined 91 times while bringing Mike Hilton and Vince Williams as pass-rushers on a combined 62 snaps. Watt's 54 coverage snaps rank first among his position. 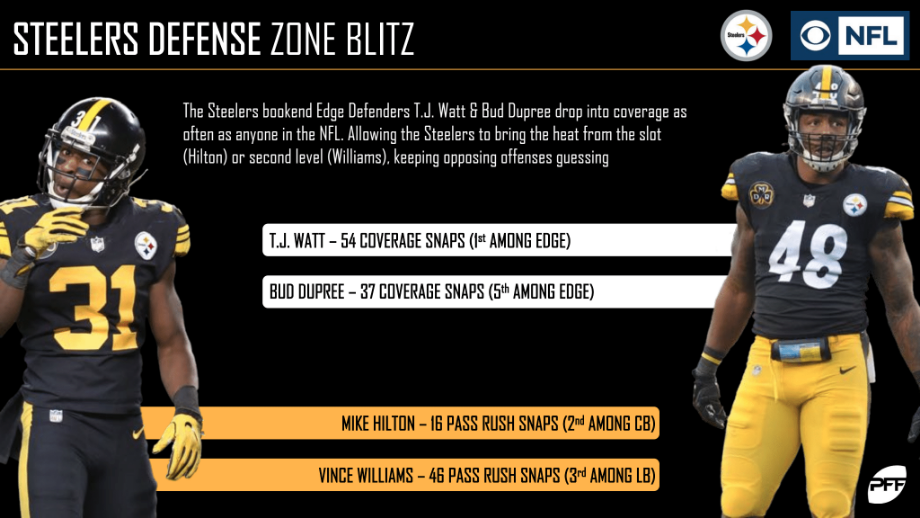 Green moving to the slot

Wide receiver A.J. Green has seen a career-high in routes run from the slot (30.2%) and has produced 4.53 yards per slot route run so far this year, the most among receivers with at least 50 routes run. 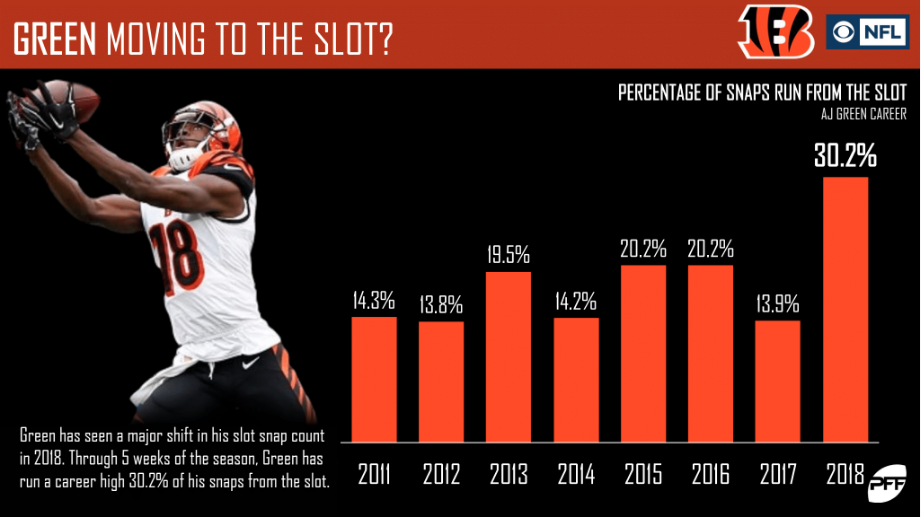 The Bengals' offensive line has struggled this season, allowing 64 quarterback pressures (seventh-most) and combining for the sixth lowest pass-blocking efficiency (82.6). 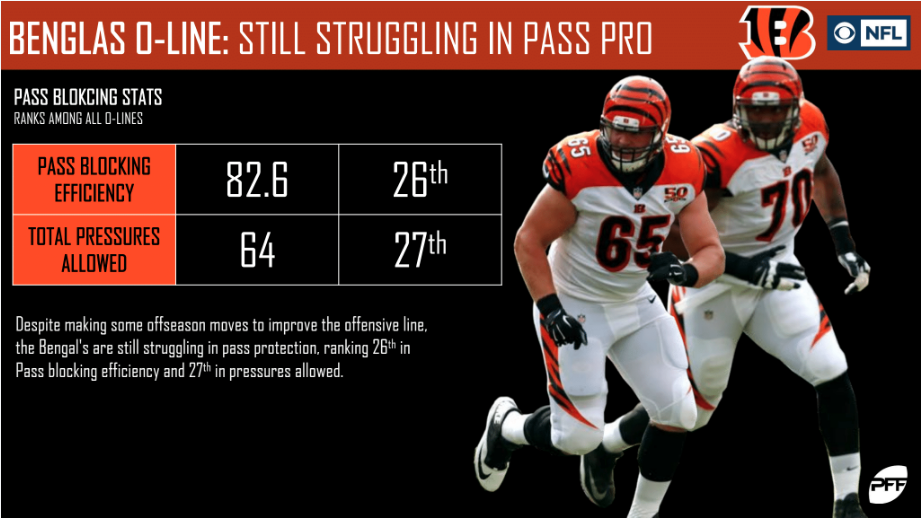 Vigil strong against the run

Linebacker Nick Vigil will need to continue his run defense dominance against PFF's fifth-ranked rushing attack. Through two games, Vigil is tied for second among linebackers in run stops with 16 and has the third highest run stop percentage (13.9%). 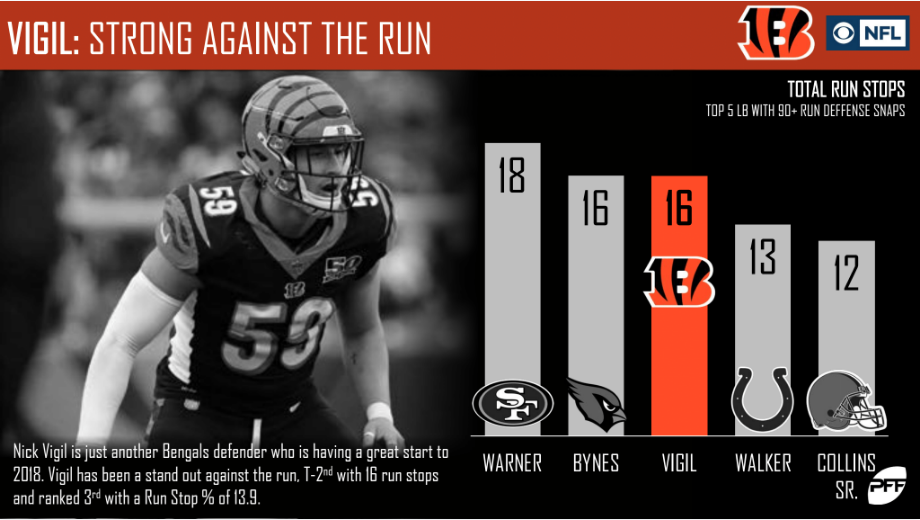 Rookie safety Jessie Bates will have his impressive start tested against the Steelers on Sunday. Bates is currently allowing just 0.17 yards per coverage snap, which ranks sixth among players at the position. 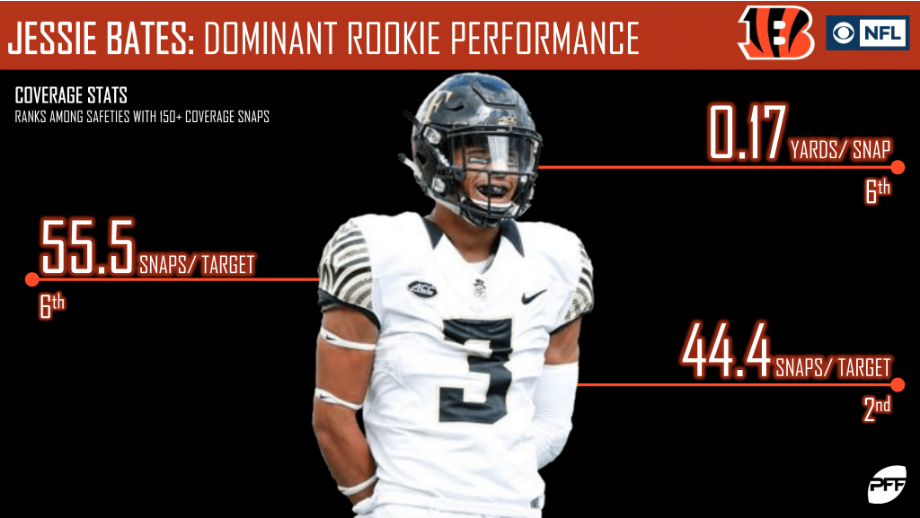 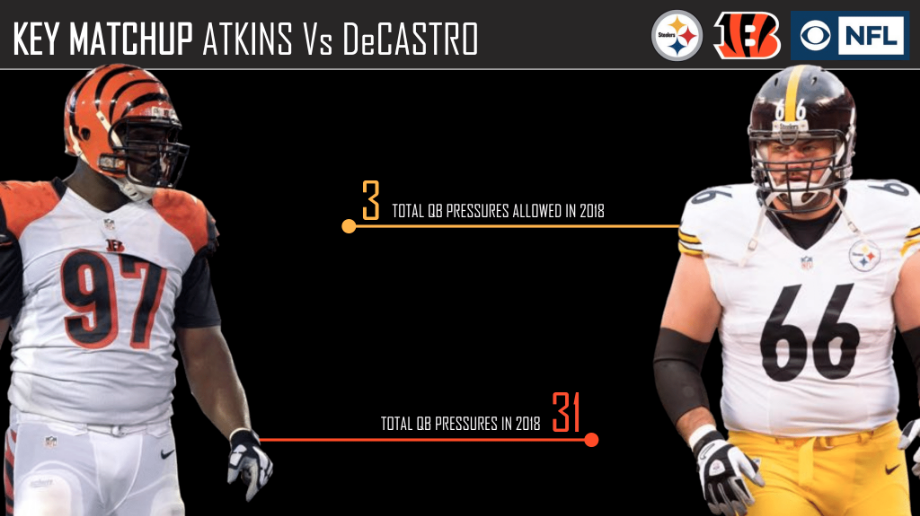 PFF Greenline has projections for the spread, moneyline and over/under of the Steelers' matchup with the Bengals. Get its picks here.