Beyond providing data for all 32 NFL teams, PFF also supports network broadcasters with game-preview packets that are used to enhance the in-game experience for fans and viewers. This Jaguars-Cowboys preview features the same information our broadcast partners use for team research and in-game production.

The Cowboys have seen great success when using play action this season. Through five weeks, 36.8% of Dak Prescott’s passing yards have come from play action passes. 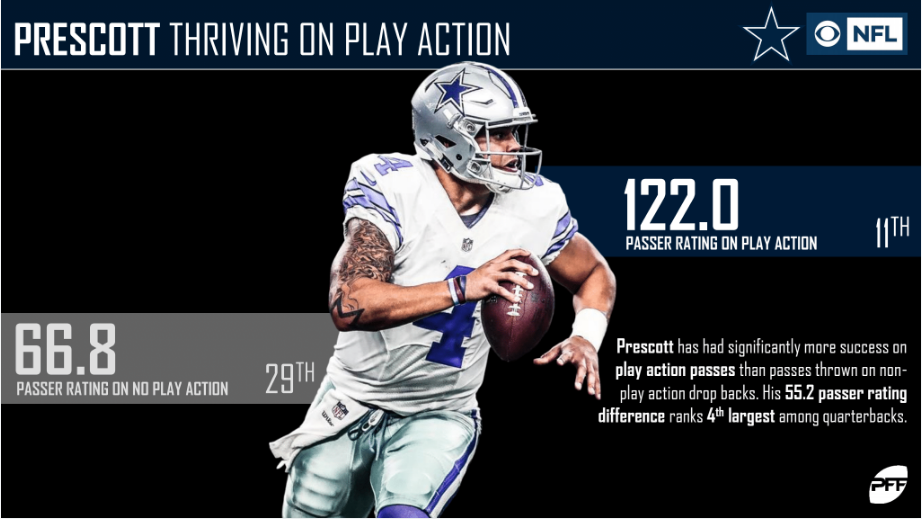 Ezekiel Elliott has been a force after contact this year and is averaging a career-high 3.30 yards after contact per attempt. He has also forced 11 missed tackles as a runner and two as a receiver. 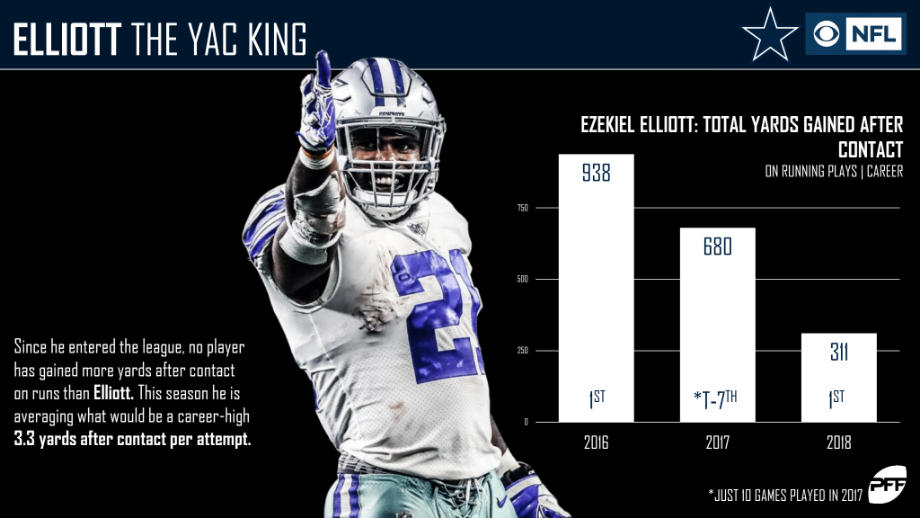 Jones: A bright spot on third down

Byron Jones has been a bright spot on the Cowboys’ defense this season. Aside from being lock-down on third downs, Jones is also our highest-graded corner through five weeks (86.9). 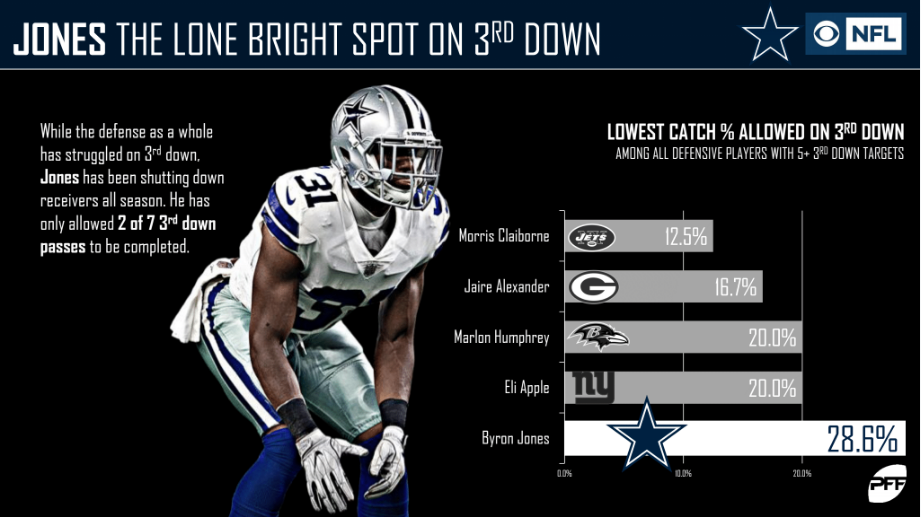 Sean Lee going down has been a problem for the Cowboys in the past, but this season, rookie Leighton Vander Esch has filled in admirably in the veteran’s absence. Not only does Vander Esch lead all qualifying rookies in defensive grade (88.4), but he also the second-highest graded linebacker with at least 100 snaps. 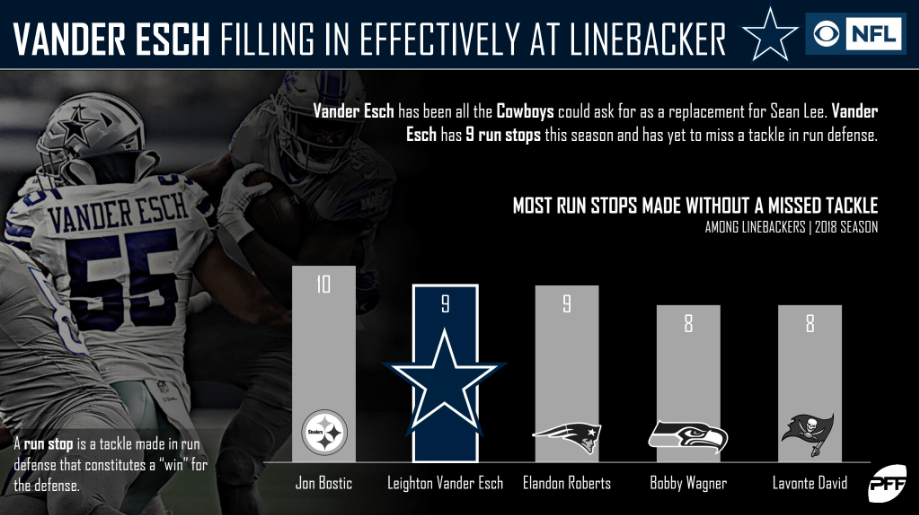 Throwing from the right hash

Blake Bortles has seen success not just throwing from the right hash, but throwing to the right as well. He has completed 59.0% of his passes for 381 yards, four of his eight touchdowns and one interception. 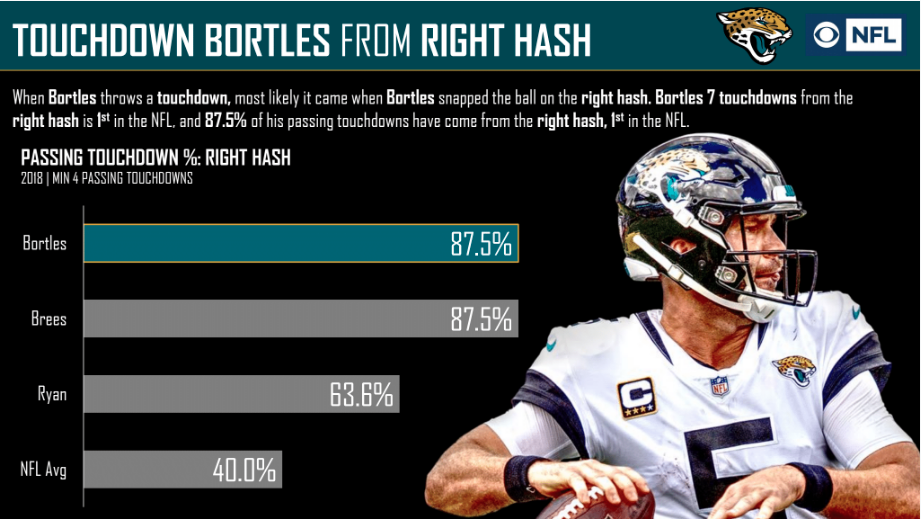 Bortles has been blitzed in the fourth quarter more than any other quarterback. On the season, Bortles has a grade of 82.2 when blitzed, and he has completed 56.9% of his passes for 552 yards, three touchdowns, and one interception. 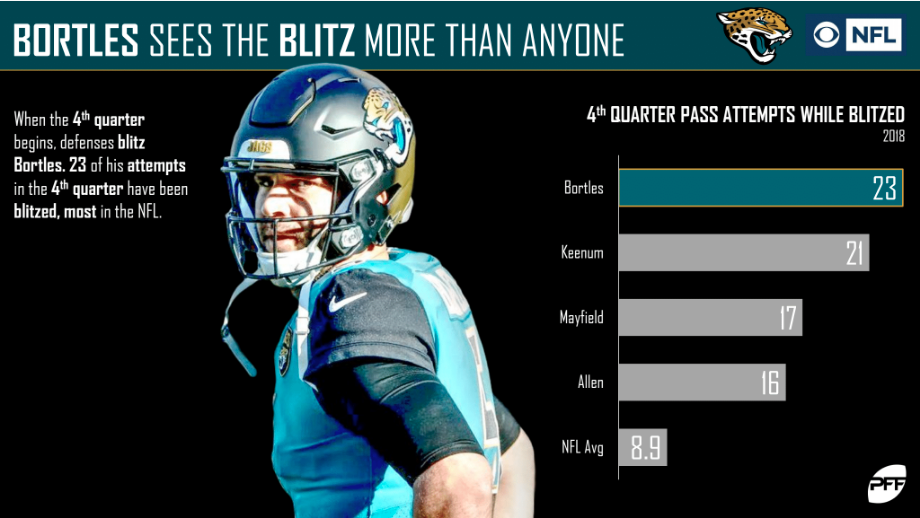 The more, the merrier

The Jaguars trust their front four to get pressure by themselves, but they see great success when sending five or more pass-rushers. Their pressure rate of 56.8% is the second-best mark in the league behind only the Dallas Cowboys. 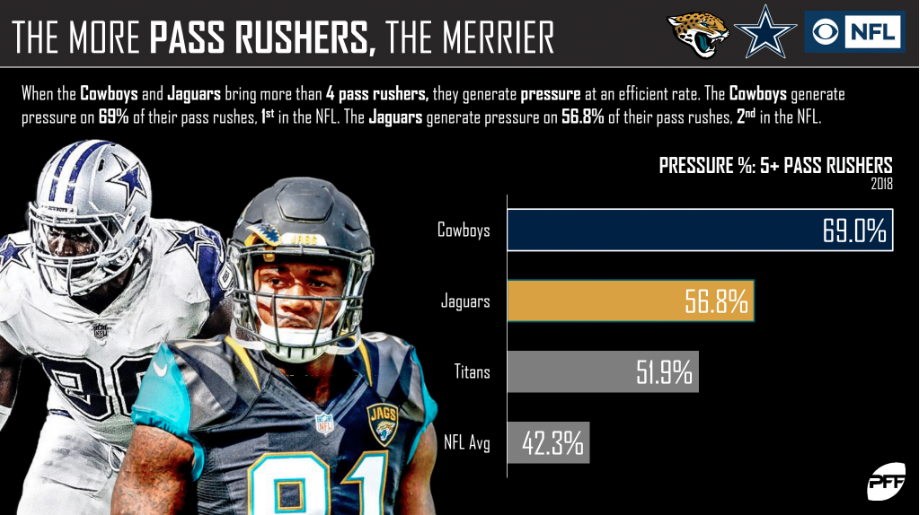 The Cowboys better get it out quickly

The Cowboys would be wise to get the ball out quickly against the Jaguars. The stout defensive unit currently ranks top-five in both opposing passer rating (60.1) and completion percentage (50.7%) when quarterbacks hold the ball longer than 2.5 seconds. 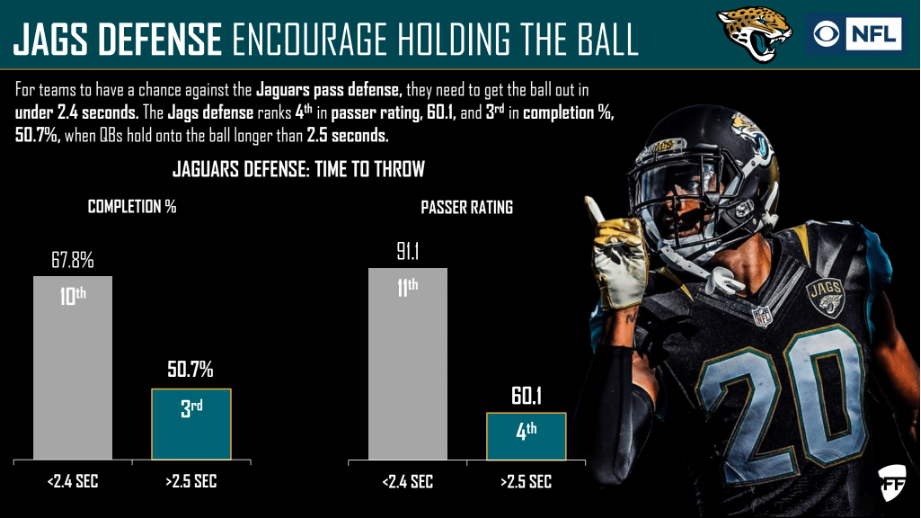 PFF Greenline has projections for the spread, moneyline and over/under of the Jaguars' matchup with the Cowboys. Get its picks here.