Beyond providing data for all 32 NFL teams, PFF also supports network broadcasters with game-preview packets that are used to enhance the in-game experience for fans and viewers. This Packers-Lions preview features the same information our broadcast partners use for team research and in-game production.

Rodgers is not to be blitzed

Aaron Rodgers has not been blitzed much in 2018, but that's for a good reason. When blitzed, Rodgers' 9.1 yards per attempt ranks eighth among qualifying quarterbacks. His passer rating of 106.8 in those situations ranks seventh. 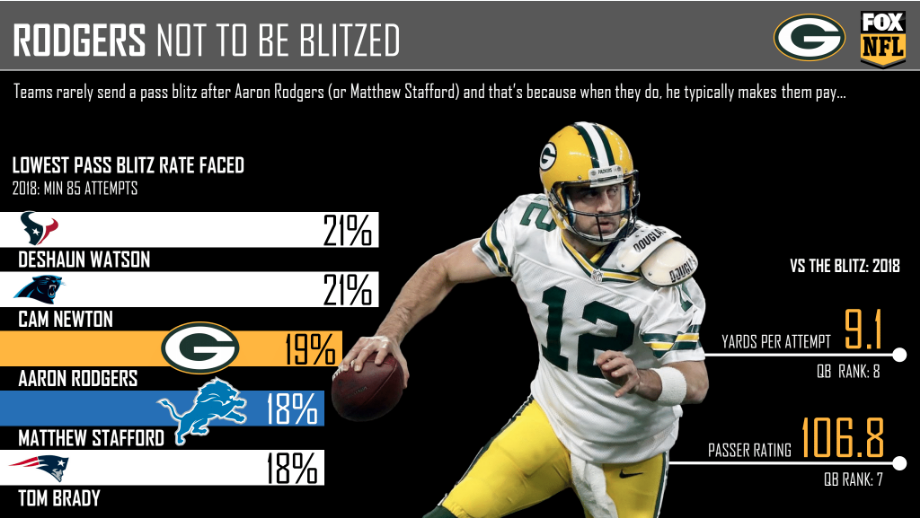 The offensive line closing it out 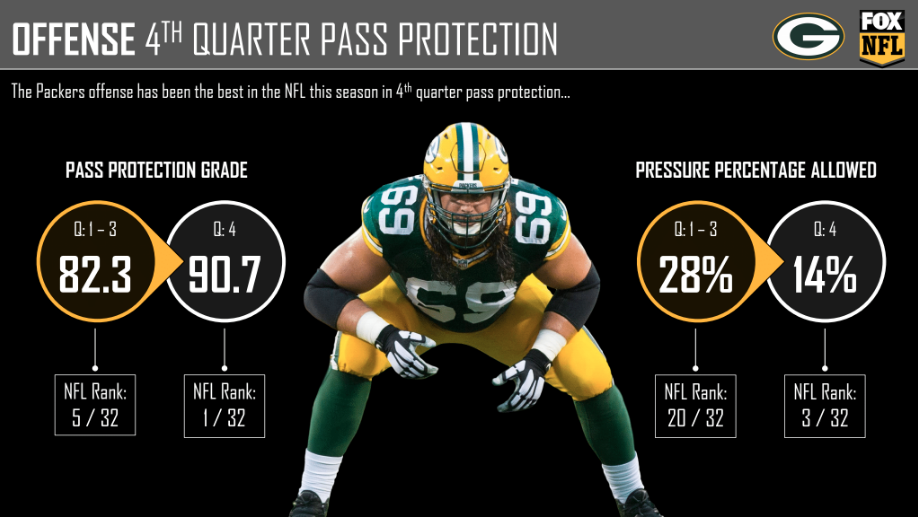 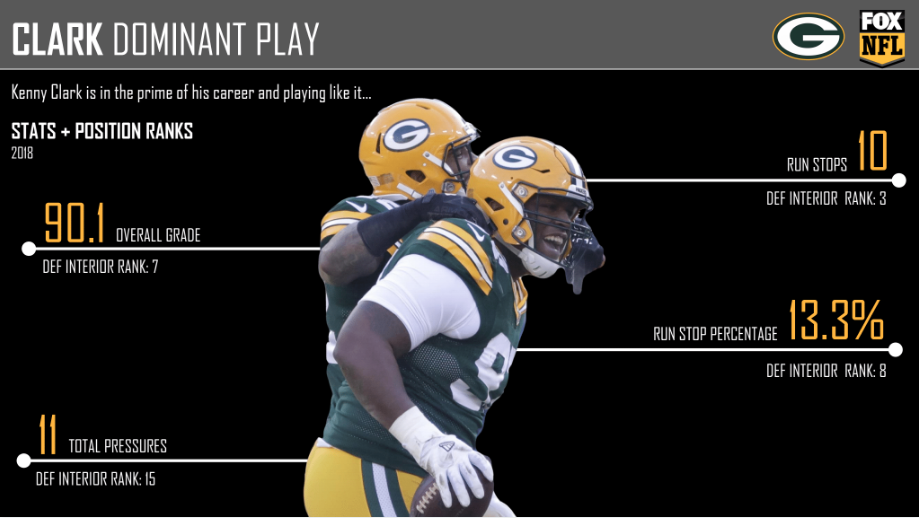 Whitehead getting to the quarterback

Safety Jermaine Whitehead‘s pass-rush percentage of 19% is the second-highest at the position, and he's making the most of it. Whitehead has racked up four total quarterback pressures, and his pass rush productivity of 20.3 is 10th among qualifying safeties. 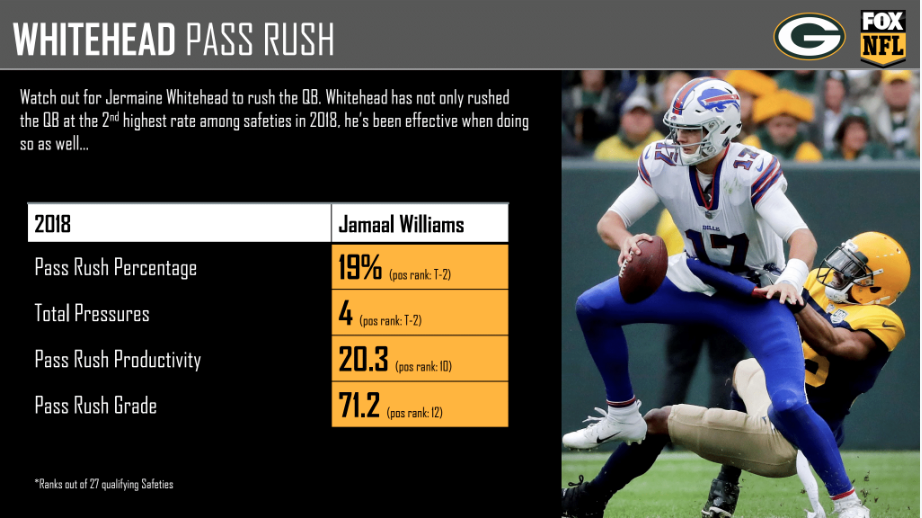 Matthew Stafford has thrived when facing the Green Bay Packers. His passer rating jumps 28.5 points to 115.5 when facing the NFC North rival compared to the rest of the league. 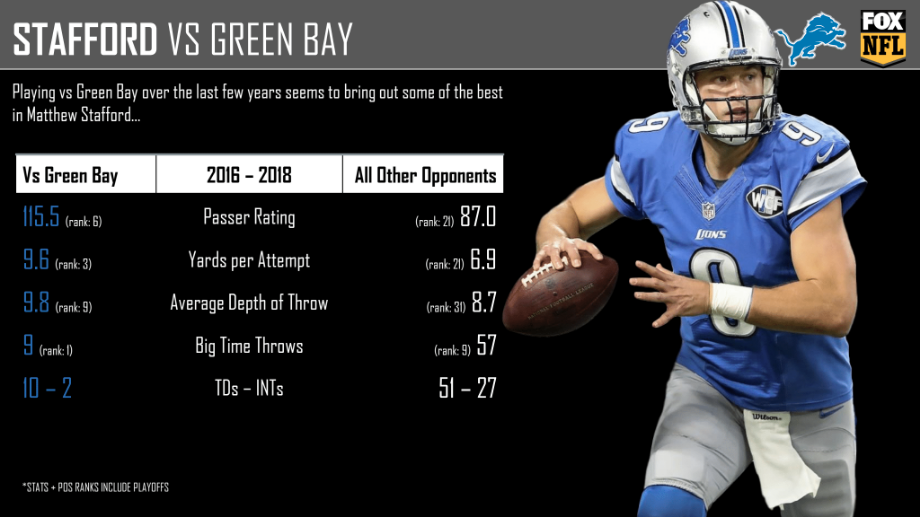 Kerryon Johnson has been the most productive back in the Lions' three-headed committee this season. He leads the team in with 2.89 yards after contact per attempt and is the only Lions running back with a run of at least 10 yards this season; he has three entering Week 5. 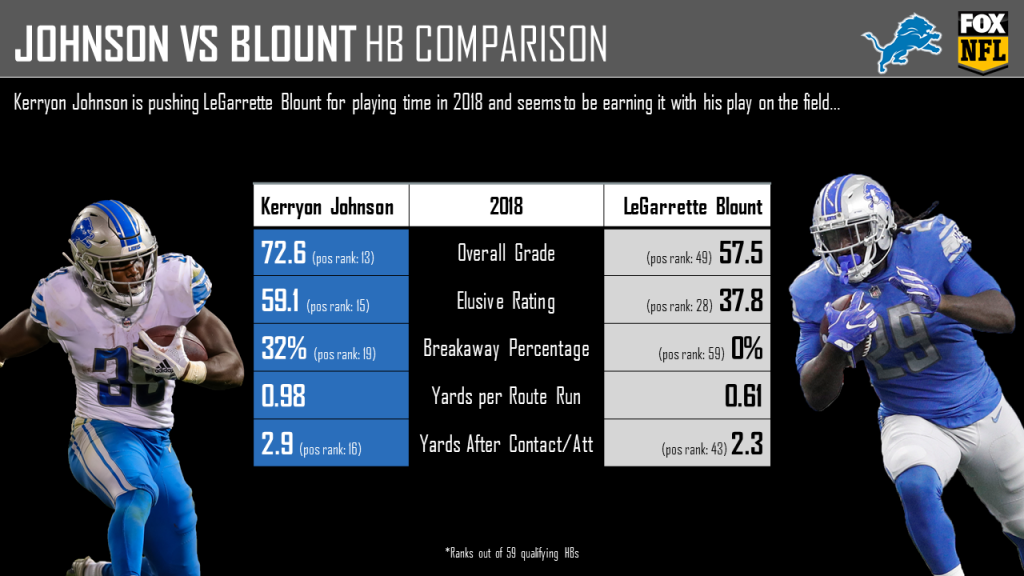 Lions coming out on top on third downs

The Lions defense lays claim to the top team coverage grade on 3rd-down. As a team, they have forced an incompletion on 27 percent of third-down targets, the second-highest rate in the NFL. 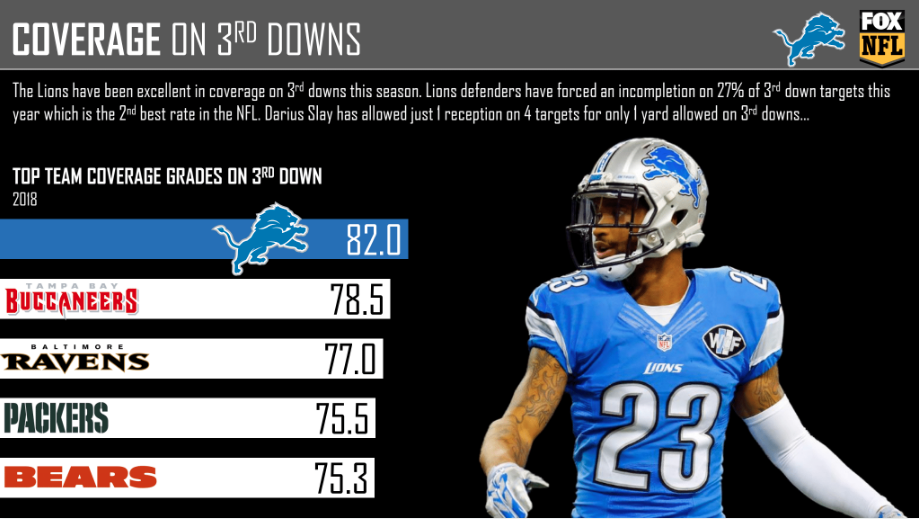 Hand with the good start 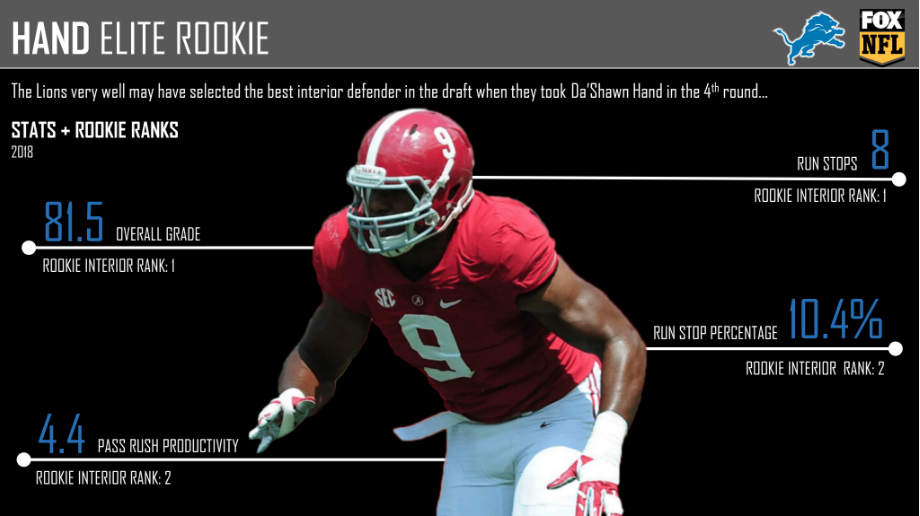 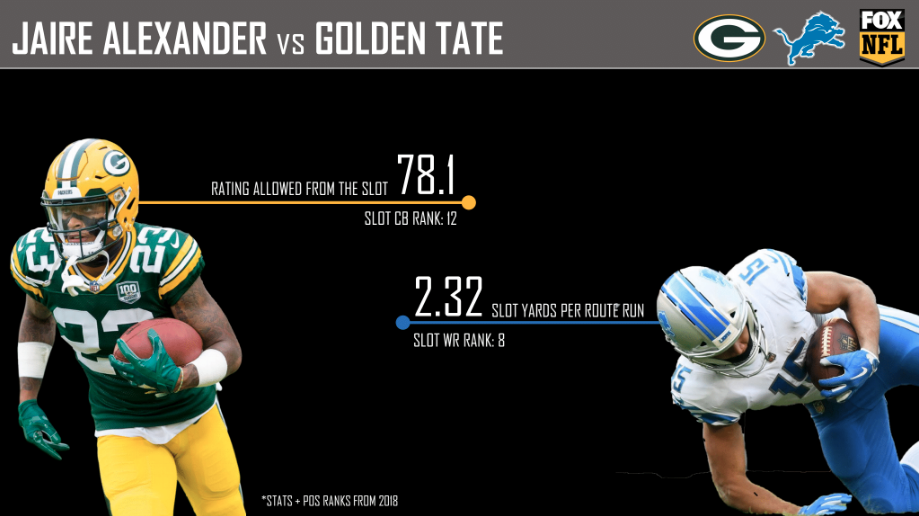 PFF Greenline has projections for the spread, moneyline and over/under of the Packers' matchup with the Lions. Get its picks here.