Below is the 2018 season recap for the Miami Dolphins.

The Miami Dolphins may have been the closest thing in the AFC East to challenging the New England Patriots, but they still finished with a losing record and ended up firing their head coach Adam Gase at the end of the season. 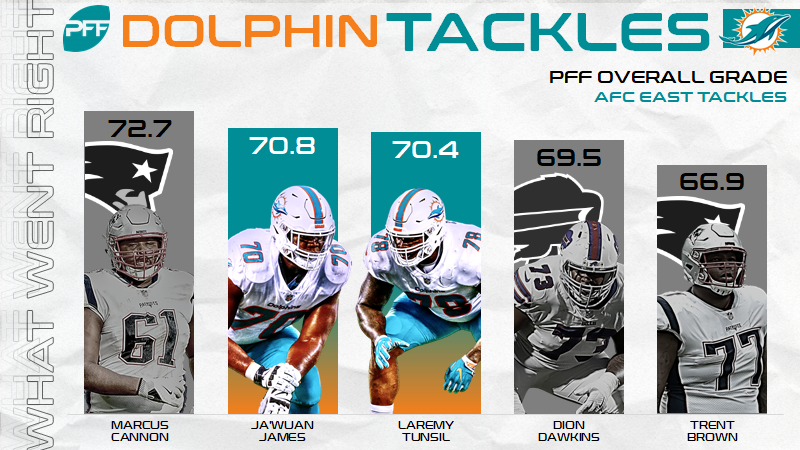 Despite being way past the point where running backs typically reach the end of their useful career, Frank Gore continued to be productive and impressive on his snaps, earning an overall grade of 81.4. 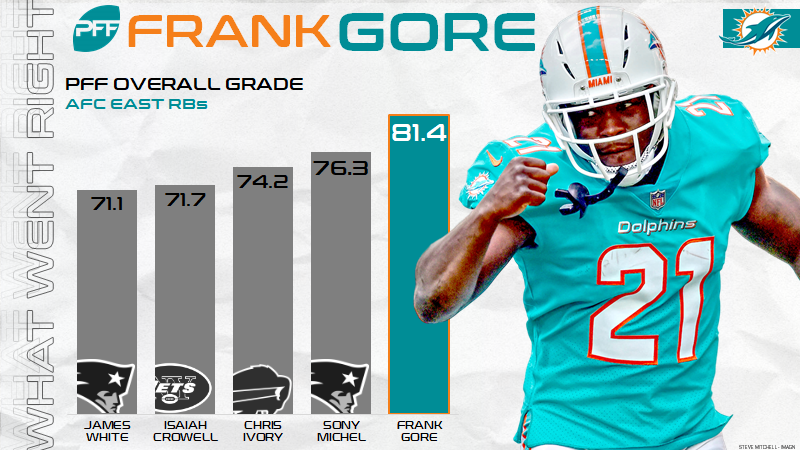 Edge rusher Cameron Wake was once again the team’s best-graded player on defense, earning an overall mark of 81.6, notably down from his best play, but still impressively effective given his age. 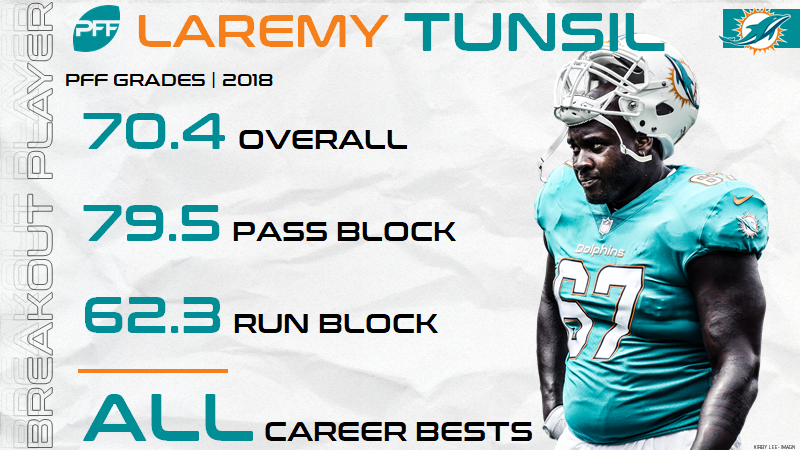 CB Minkah Fitzpatrick struggled in overall grade at just 61.9 (hurt by 14 missed tackles) but was in the top 10 among the league's corners in passer rating allowed (69.0) and top 15 in yards allowed per snap from the slot.

After years of trying to match the Patriots, Miami have turned to the Patriots' coaching tree, bringing in Brian Flores as their new head coach. With plenty of questions in need of answering, he has an interesting first year ahead of him.