How excited should you be about your new quarterback?

There’s no feeling quite like taking a quarterback high in the NFL draft. Sure, he could be the next Jamarcus Russell or Blaine Gabbert, but he also could be the next Peyton Manning or Aaron Rodgers. A true franchise quarterback is a one-way ticket to long-term prosperity as a franchise, so let’s evaluate how excited each fanbase should be about the chances of their guy becoming ‘the guy.’ 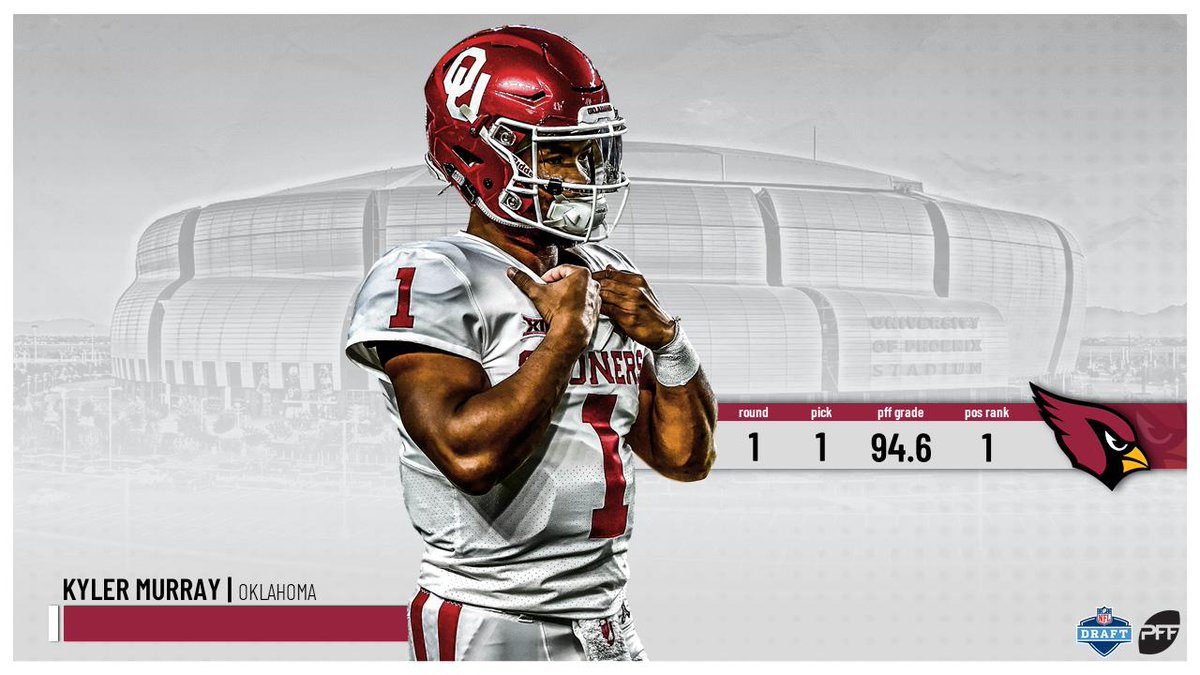 The focus for most quarterbacks in the draft is usually their ‘upside,’ but what doesn’t get talked about enough with Kyler Murray is his floor. At worst, the Cardinals are getting Lamar Jackson-esque running ability, the same ability that we saw the Ravens build a competent offense around as a rookie. However, as a thrower of the football, there's no comparison between Jackson and Murray. Even in Jackson’s best season, he still only earned a 75.6 passing grade. Murray earned a 93.7 passing grade last season, and only four of his 14 starts earned a grade below 75.6. 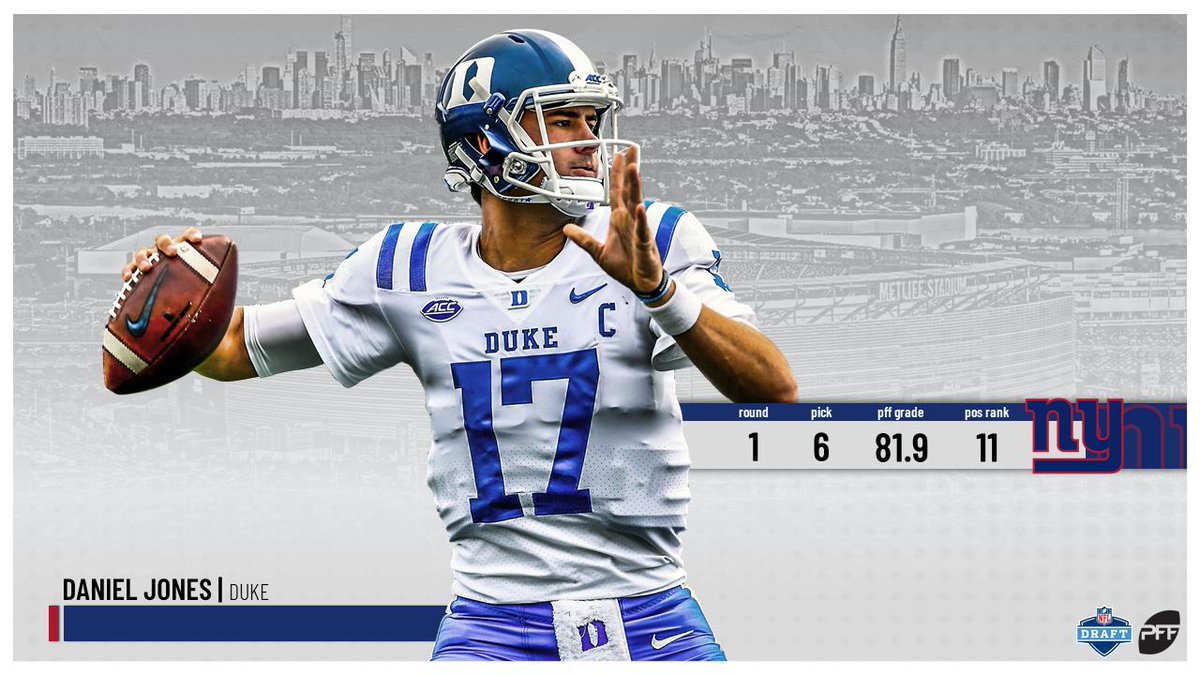 There is no way to slice up the stats to make Jones look like a potential franchise quarterback. They flat out do not measure up. A quarterback’s situation has an enormous impact on his raw statistics though, and last season Jones had the seventh-lowest graded receiving corps and third-lowest graded pass-blocking line in the Power 5. With a complete lack of talent around him, Jones still did an admirable job of avoiding mistakes. He was downgraded on only 12.8% of his throws; that’s comparable to Kyler Murray (12.2%) and better than Dwayne Haskins (14.2%) and Drew Lock (14.3%).

Franchise QB Chances: Better than the current narrative (but still not great)

The most intriguing part about Haskins' game at this point might be the unknown. The highest single-season passing grade of every quarterback drafted in the first round since PFF started grading college players is listed below: 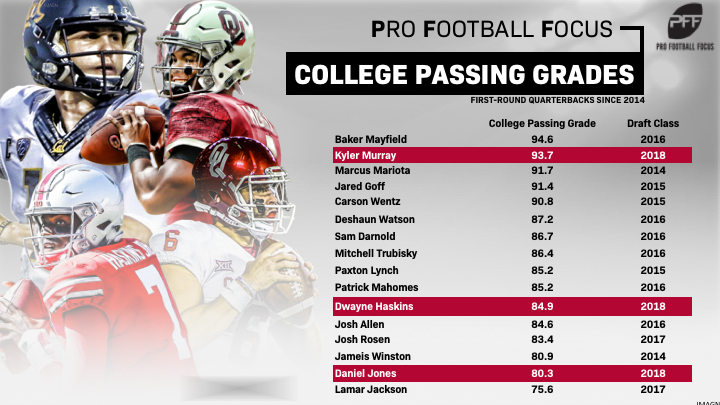 Only Sam Darnold, Josh Allen and Baker Mayfield didn’t earn their highest passing grade in their last season of college football (although Mayfield earned a 94.5 and we don’t have 2013 data for Winston or Mariota). Mitchell Trubisky is also the only other quarterback besides Haskins to not throw 100-plus passes in multiple seasons. That means it’s very likely we would have seen even more impressive grading from Haskins had he not declared after his first full season as a starter after his redshirt sophomore season. Every first-round quarterback that’s hit the 87.0-plus grading mark has a pretty solid track record once they’ve gotten to the NFL. 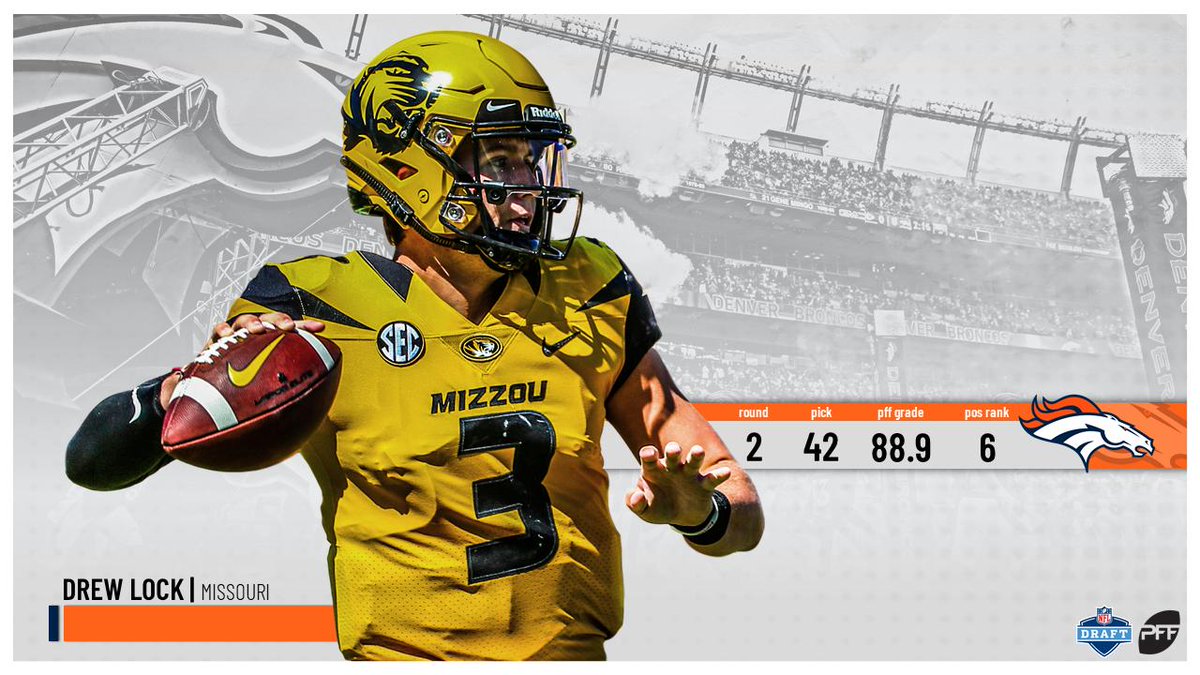 There’s a reason that, despite all the arm talent in the world, Lock was passed on 41 times (and technically twice by the team that drafted him), and that reason is his accuracy. On throws 10-25 yards downfield — the necessary throws in the NFL — Lock ranked 55th out of 95th qualifying quarterbacks in college football in terms of percentage of inaccurate throws (using ball placement charting not any sort of completion percentage). Having below average accuracy for a college quarterback is not a good trait to have when projecting to the NFL.

Rosen was drafted 10th overall only a year ago. We had him sixth overall on the PFF draft board. As bad as his rookie season was, it came behind the lowest-graded pass-blocking offensive line in the NFL by far. Even if you discount his college evaluation to some degree because of how dreadful his rookie year was — which you should — it was still an evaluation that put him on par with players drafted in the first round of the draft.

Franchise QB Chances: Better than you’ll ever get with pick 62