DENVER, CO - SEPTEMBER 08: Outside linebacker Von Miller #58 of the Denver Broncos warms up before taking on the Carolina Panthers at Sports Authority Field at Mile High on September 8, 2016 in Denver, Colorado. (Photo by Dustin Bradford/Getty Images)

Below is the 2018 season recap for the Denver Broncos.

Denver’s season began well enough, but after a 2-0 start the wheels began to fall off, and the team ultimately finished in third place in the AFC West with four consecutive losses to finish the year, leading to the firing of Head Coach Vance Joseph shortly thereafter. 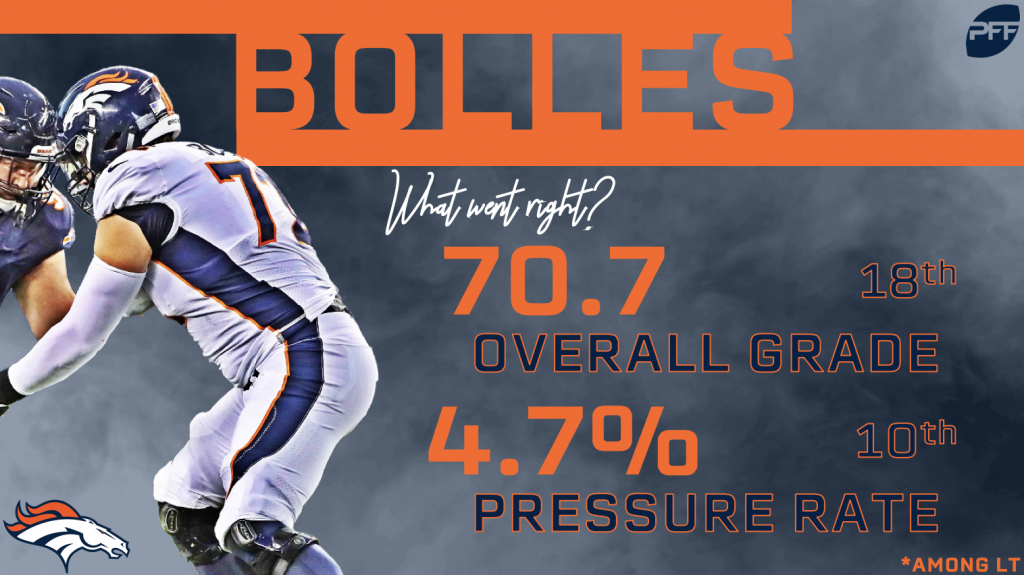 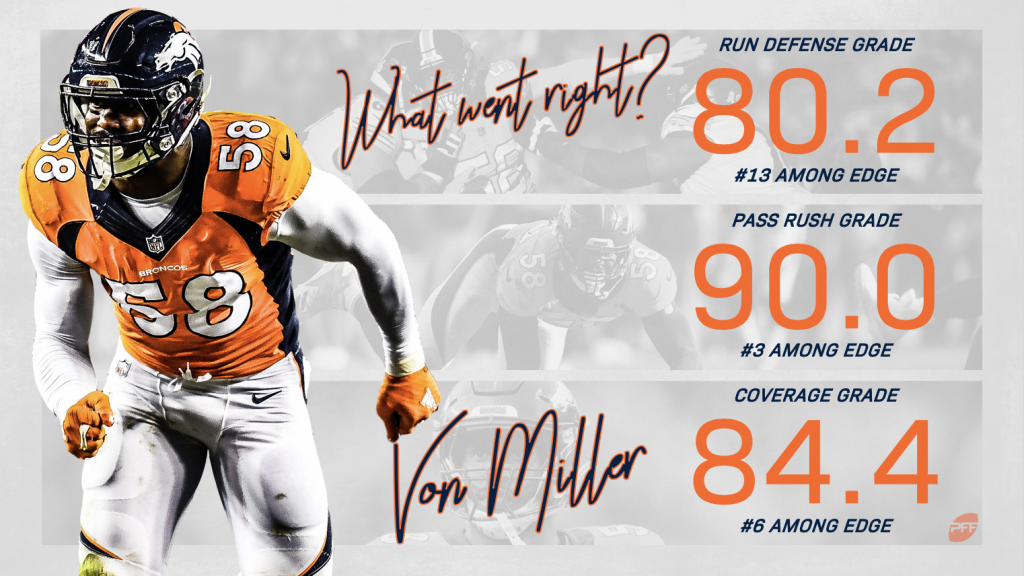 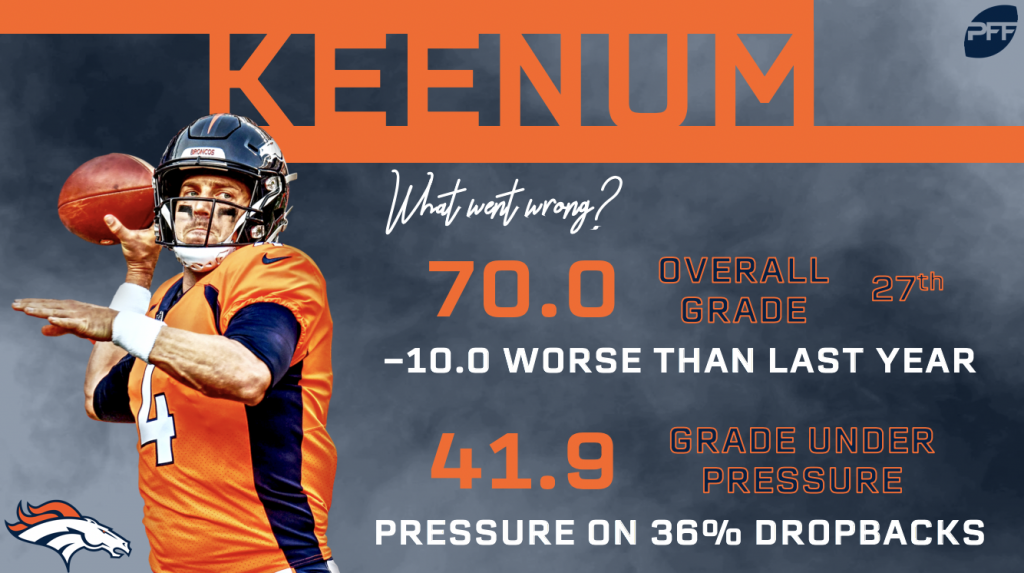 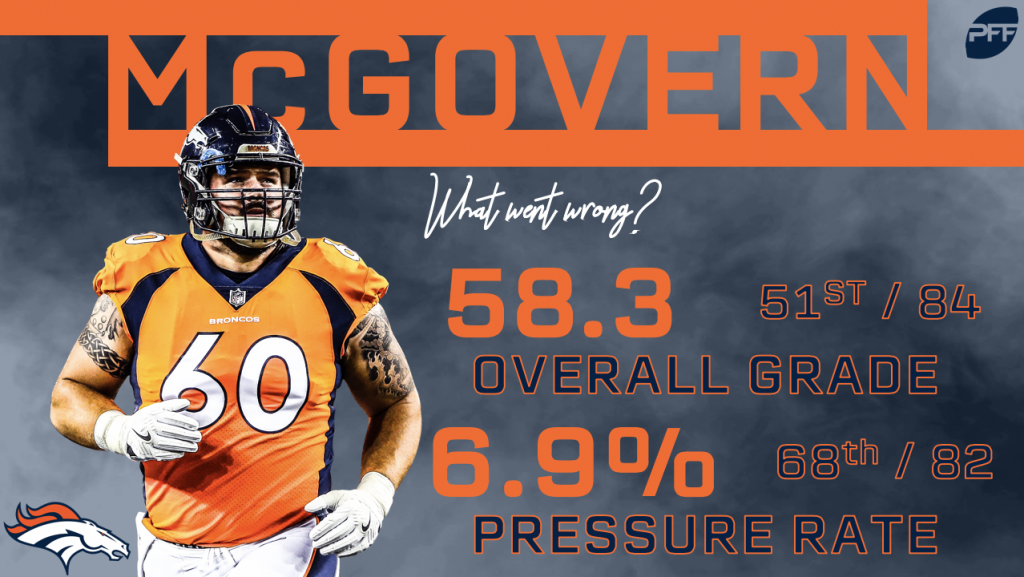 Unheralded interior defensive interior lineman Shelby Harris was one of the best performers of the year, finishing with a PFF grade of 90.8, a top ten mark among players at the position. Harris has shown well in limited snaps in the past, and really showed he is deserving of more playing time going forward. 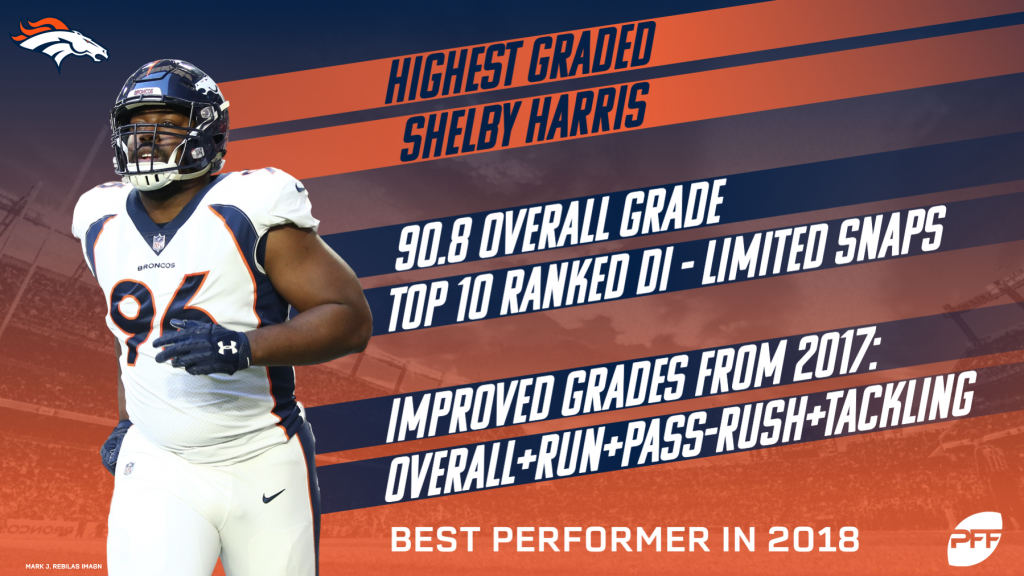 The highest-graded player on offense for the Broncos is also their breakout star and most notable rookie standout – running back Phillip Lindsay. He never carried the ball more than 20 times in a game, but still topped 1,000 rushing yards and gained 451 of them after contact. 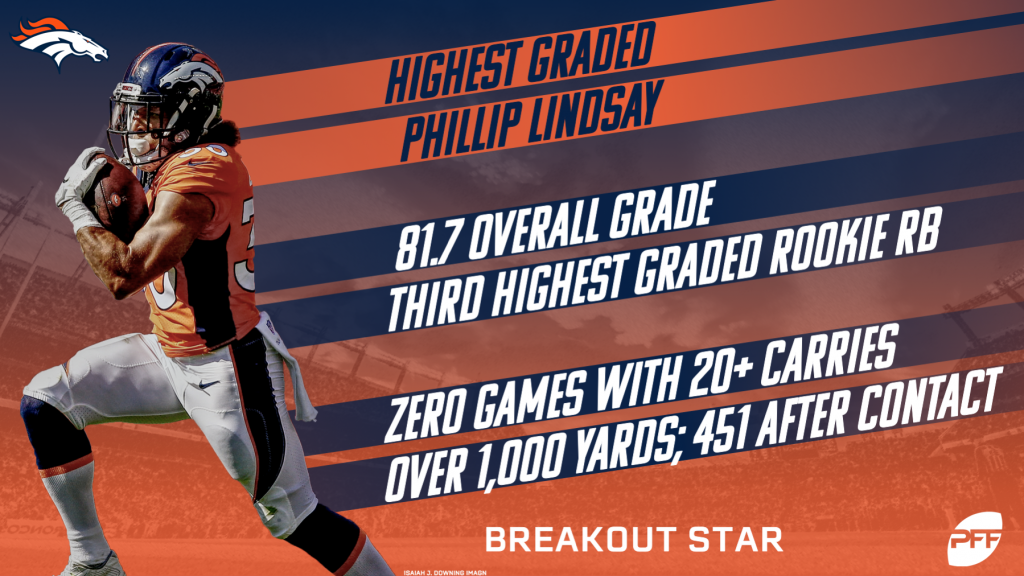 Denver’s season was one of disappointment, made to look even worse by the success of Kansas City and Los Angeles within the division. The coaching staff paid the price after the season, and now Vic Fangio will look to carry over his impressive work in Chicago as the new head coach.