Beyond providing data for all 32 NFL teams, PFF also supports network broadcasters with game-preview packets that are used to enhance the in-game experience for fans and viewers. This Colts-Raiders preview features the same information our broadcast partners use for team research and in-game production.

Luck getting it done from a clean pocket

Andrew Luck has looked great when kept clean from pressure this season. His 15 touchdowns thrown from a clean pocket rank second-most among quarterbacks. 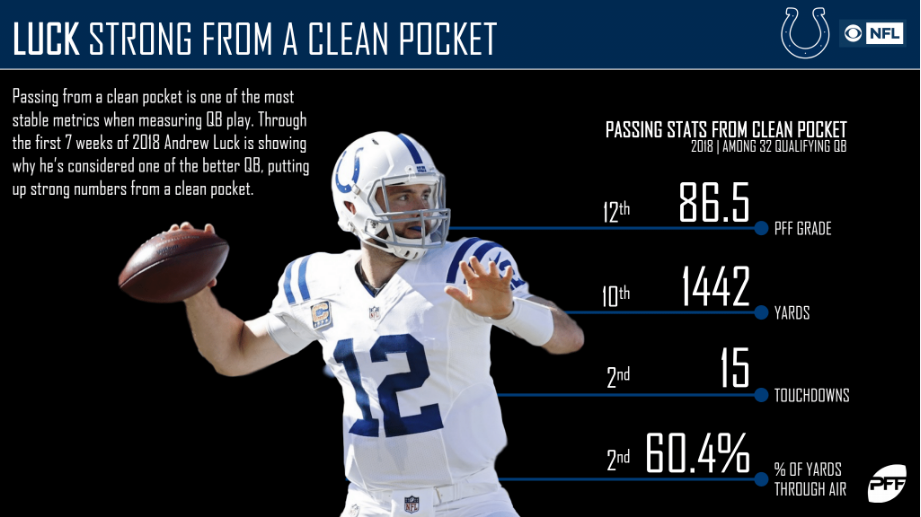 Mack separating from rest of backfield

Marlon Mack is coming off a strong performance against Buffalo, where he recorded over 150 yards from scrimmage and notched a pair of touchdowns. His PFF grade of 79.8 this season ranks fifth among running backs. 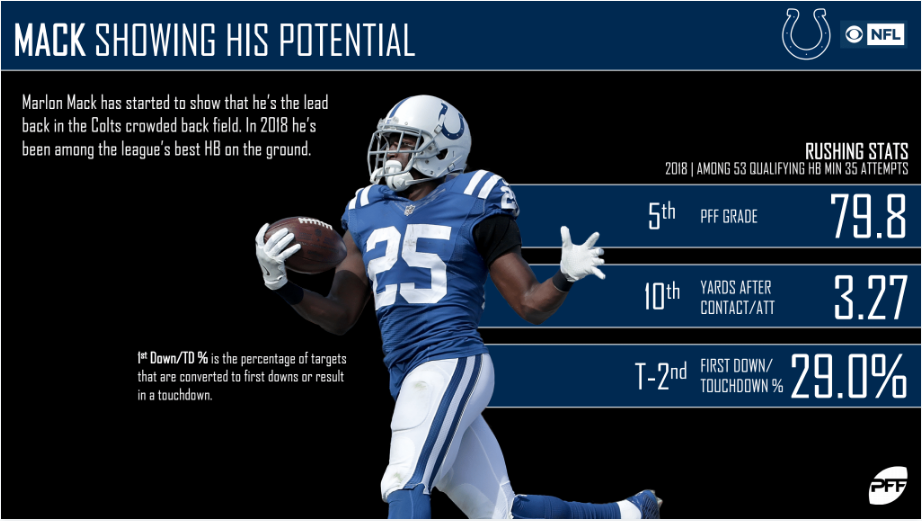 Malik Hooker has been very impressive in his second NFL season from a coverage standpoint. On 276 coverage snaps, Hooker has allowed just two receptions all season. He has only been targeted in coverage three times. 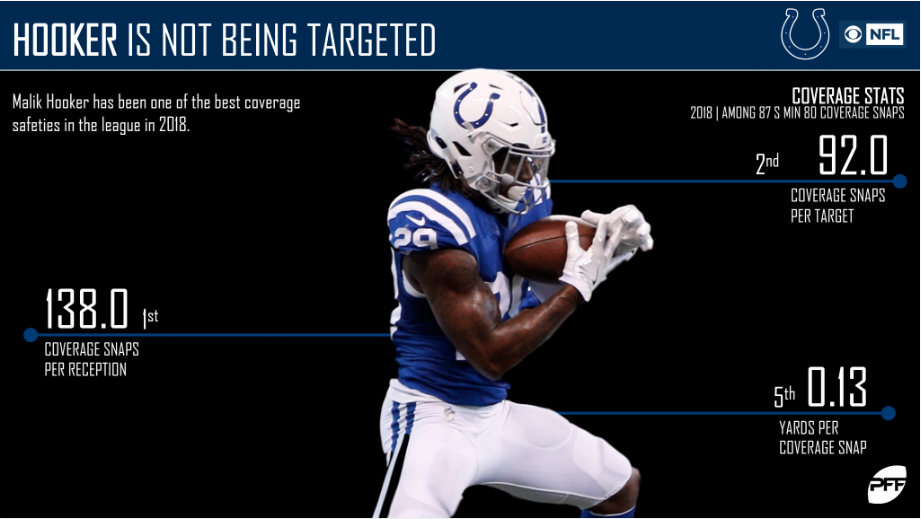 Anthony Walker has been one of the best run stopping linebackers this season, having recorded 18 run stops thus far, tied for second-most at the position. He leads all linebackers in tackles for a loss or no gain with 10. 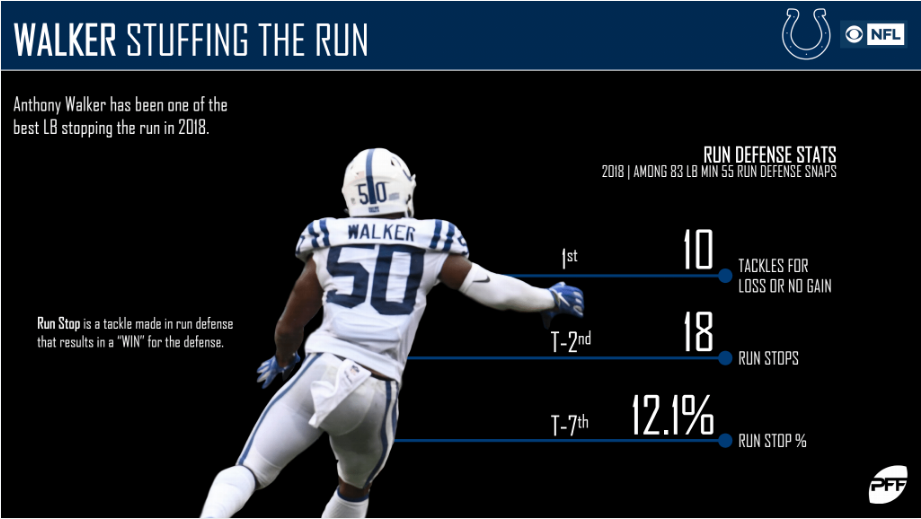 Can Martin fill in for Lynch?

With Marshawn Lynch now on injured reserve, Doug Martin is likely to have an expanded role in the backfield. While Martin has shown flashes of greatness in the past, he has not run nearly as well as Lynch this season on his limited opportunities. 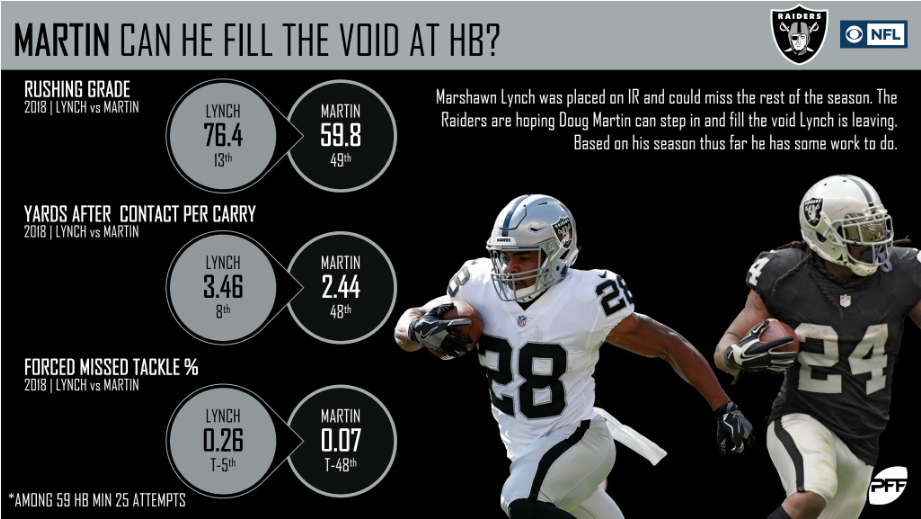 Cooper now out of the picture

The Raiders traded Amari Cooper earlier this week, whose efficiency has been on the decline for two straight years now. Who will step up in his place? 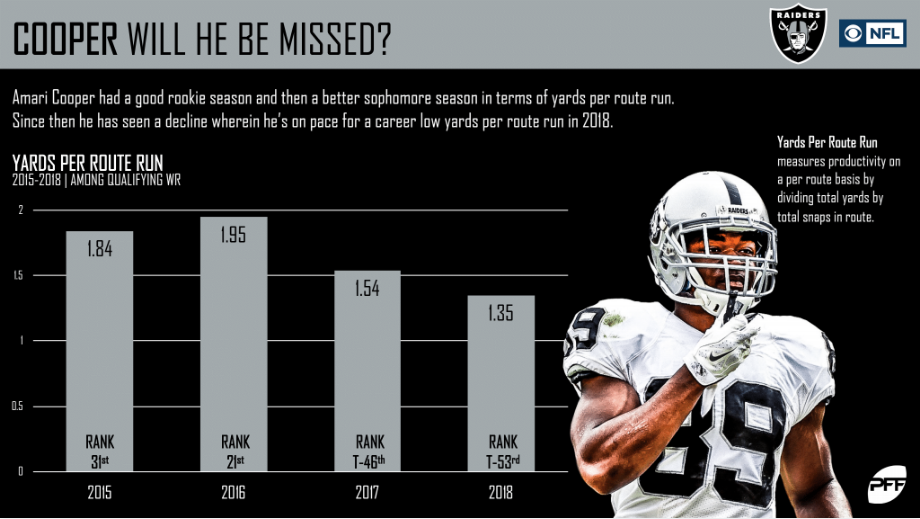 The Raiders are allowing the 3.23 yards after contact per carry this season, fourth-worst in the league. They also have missed the fourth-most tackles in the league in run defense, with 33. 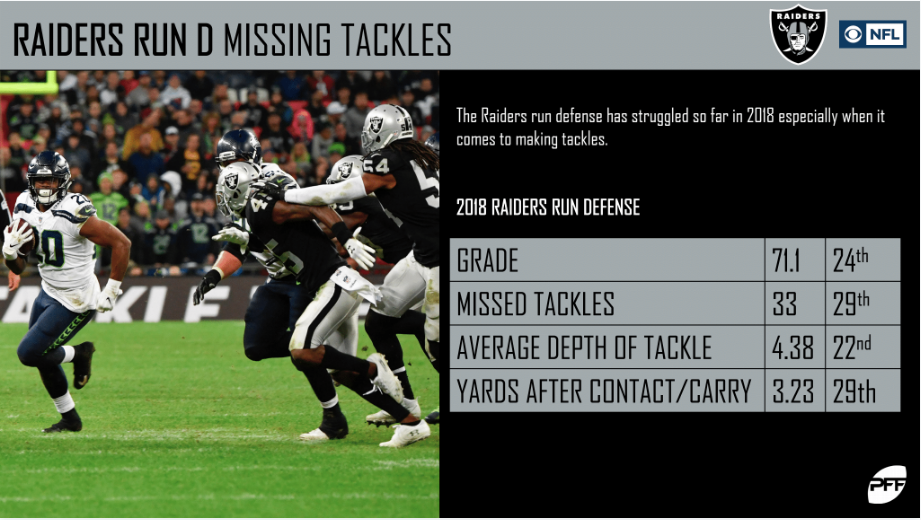 Trading away Khalil Mack has done the Raiders' pass-rush no favors. As a team, they rank last in the league in pressure rate, total pressures, and win percentage. 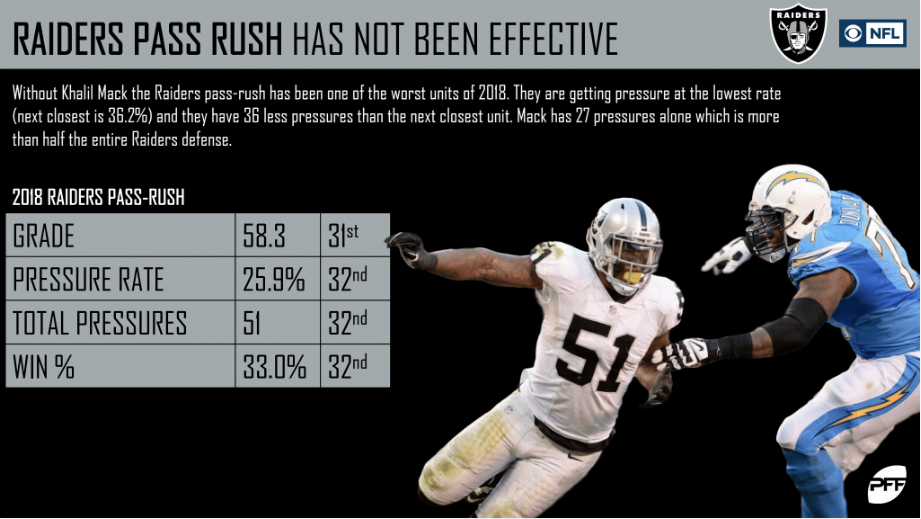 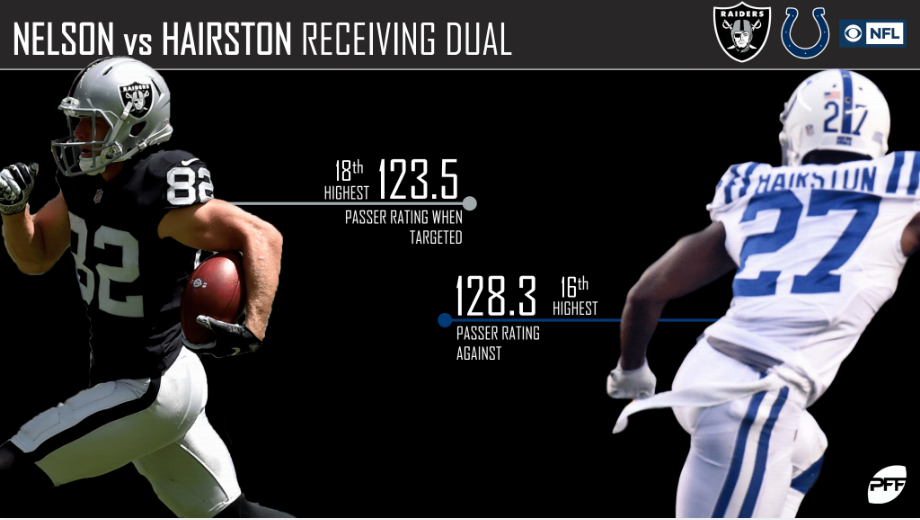