Now that there are just four weeks remaining in the 2022 NFL season, it’s time to start looking forward to the playoffs.

If these standings hold, we would welcome two different AFC teams (Ravens and Dolphins) and three different NFC teams (Vikings, Giants and Commanders) into the postseason this year. 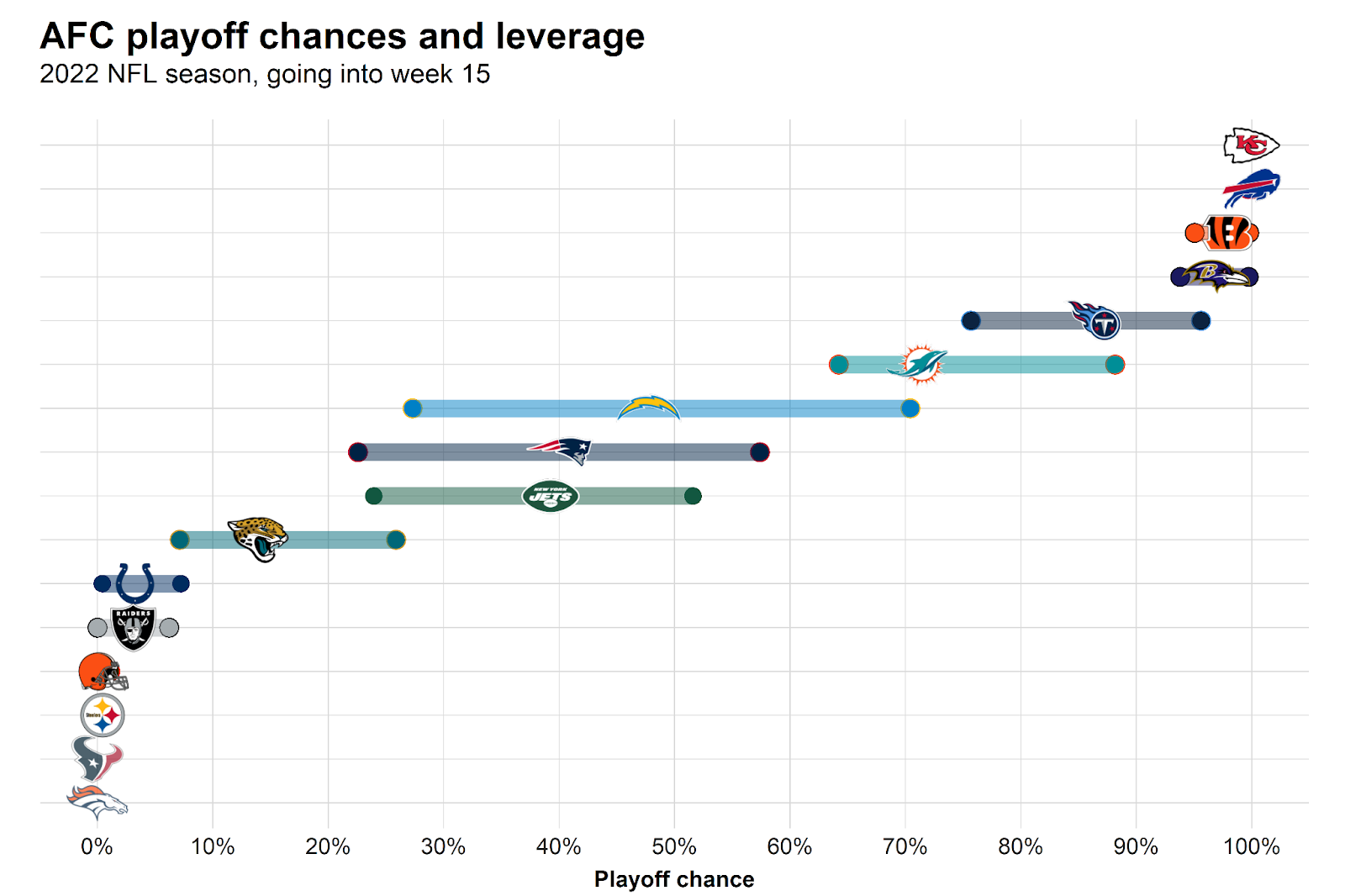 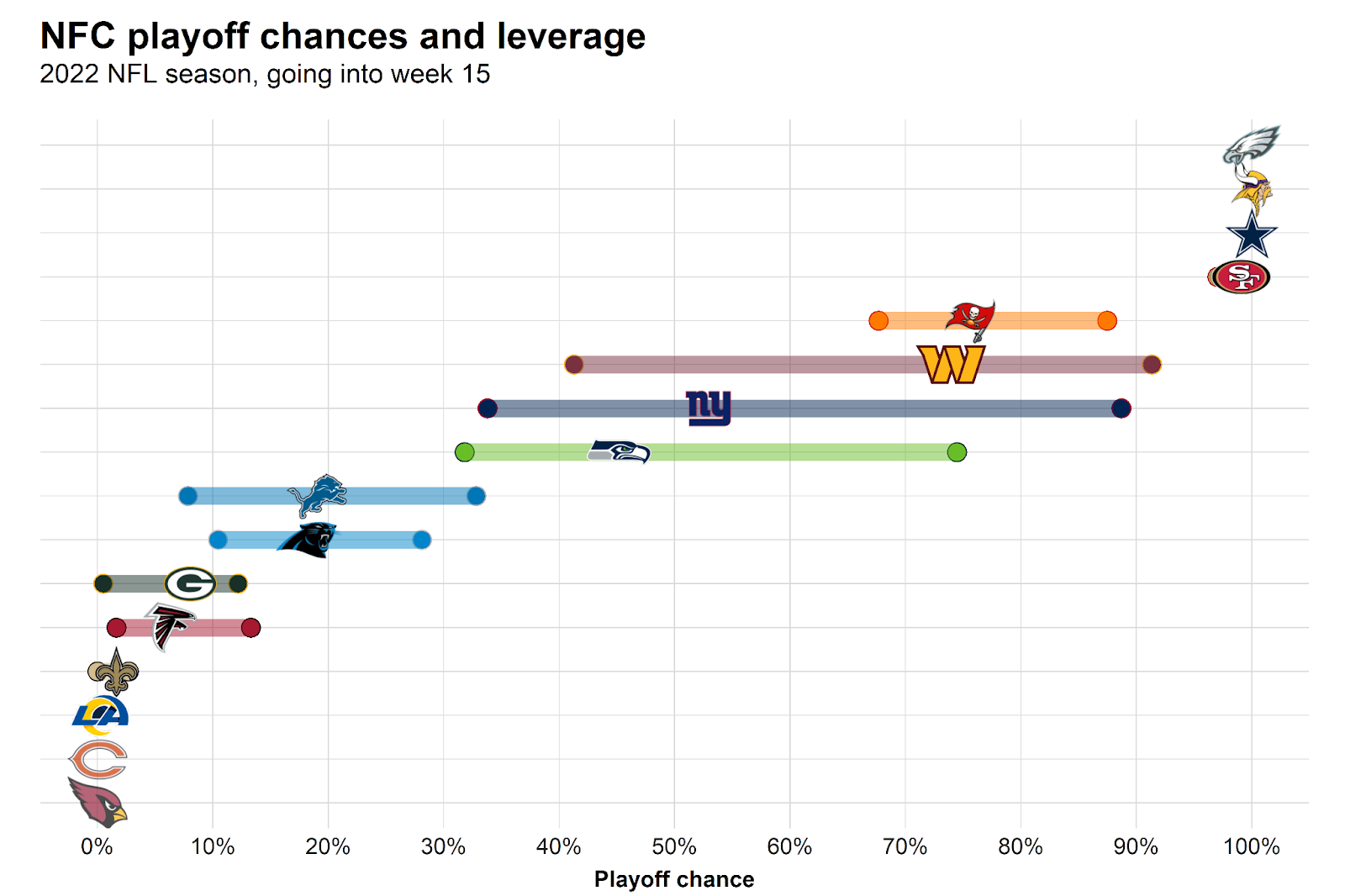 TEAMS WITH THE MOST AT STAKE IN WEEK 15

The East divisions are also the most likely divisions to send all teams to the playoffs. Our simulations see this happening 31% of the time for the NFC East. AFC East teams have lost too many games out of the division in recent weeks to make this happen, as all four teams make the playoffs in less than 1% of our simulations now.

Thanks to the Jacksonville Jaguars‘ Week 14 win over the Tennessee Titans, we have another potential 8-9 division winner. There is a 20% chance that a team with a losing record wins the AFC South. In these cases, this would be the Tennessee Titans (58%), Jacksonville Jaguars (39%) or Indianapolis Colts (3%). There is also an additional 2% chance that the Colts win the division with an 8-8-1 record.