• Crunch time for Packers and 49ers: According to PFF's model, Green Bay and San Francisco enter Week 8 with less than a 50% chance of making the postseason. But both teams would improve their odds to over 50% with a win.

• The game we all want to see (again): There is a 38% chance we see a playoff game between Patrick Mahomes and Josh Allen.

• The rebirth of the NFC East: There is a 77% chance that three teams from the NFC East make the playoffs.

The 2022 NFL season is nearing the halfway point, so it’s time to start looking forward to the playoffs. 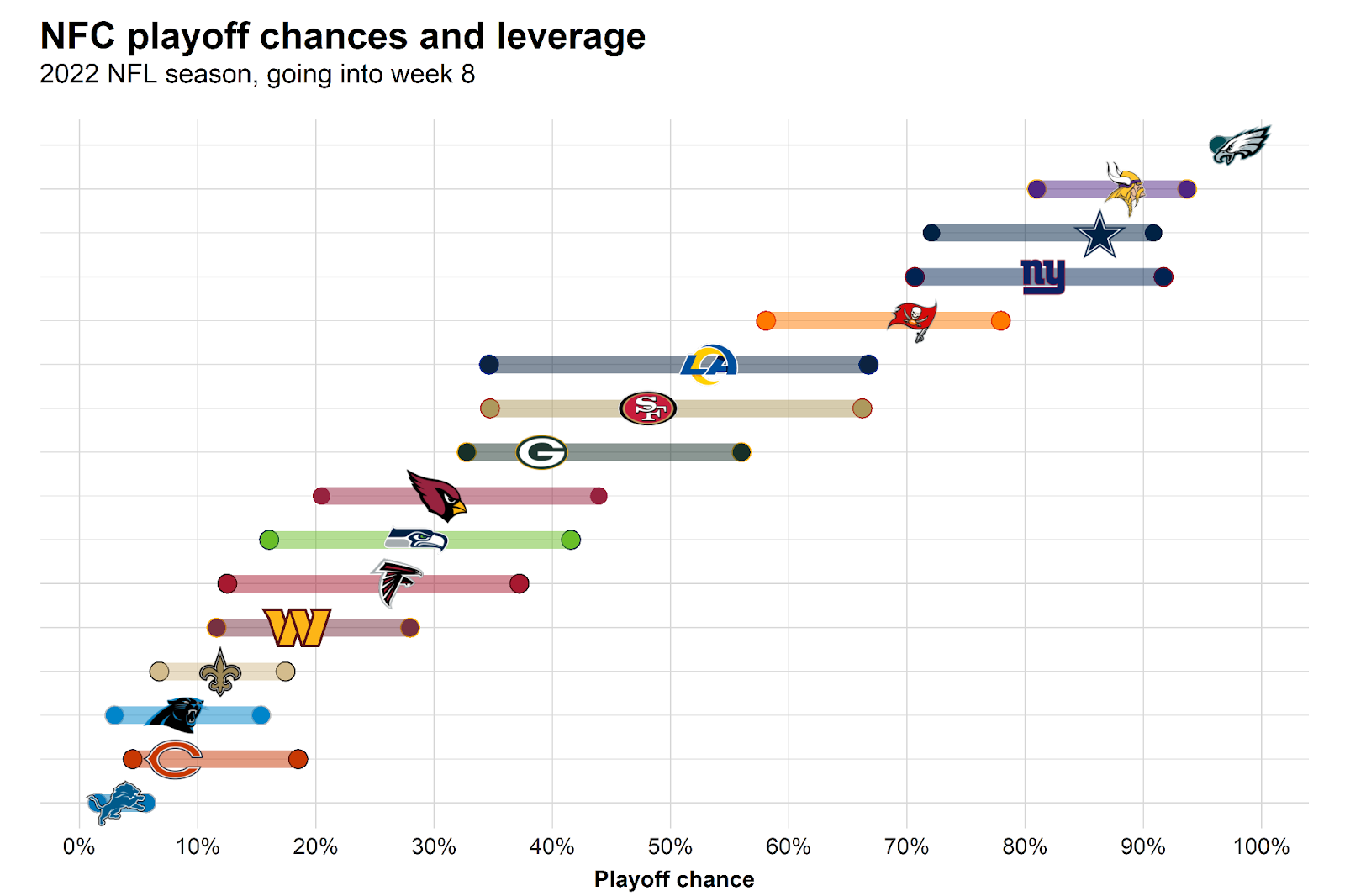 The estimated odds that the Philadelphia Eagles continue their undefeated regular season are 2.5%. There is a 0.5% chance they go 20-0 to win the Super Bowl.

Few people would have seen this coming, but as of now, both the NFC East and the AFC East would feature three playoff teams. This happens 33% of the time in our simulations. The odds that three NFC East teams make it to January are already at 77%.

The NFC East is also the most likely division to send all its teams to the playoffs. With the Eagles, Giants and Cowboys already firmly in the picture, this would require the Washington Commanders to step up. Our simulations see this happening 7.5% of the time.

The chance that we get to see a Bills-Chiefs AFC Championship rematch is currently 26%. The chance of it happening in any of the three playoff weeks before the Super Bowl is 38%.

If those two face each other, it would be played in Buffalo 68% of the time.