• Miami Dolphins can seal their fate: We give the Dolphins an 85% chance to make the playoffs with a Week 10 win. Their chances fall to 59% with a loss.

• The game we all want to see (again): There is a 34.9% chance we see a playoff game between Patrick Mahomes and Josh Allen.

• The rebirth of the NFC East: There is an 80% chance that three teams from the NFC East make the playoffs. 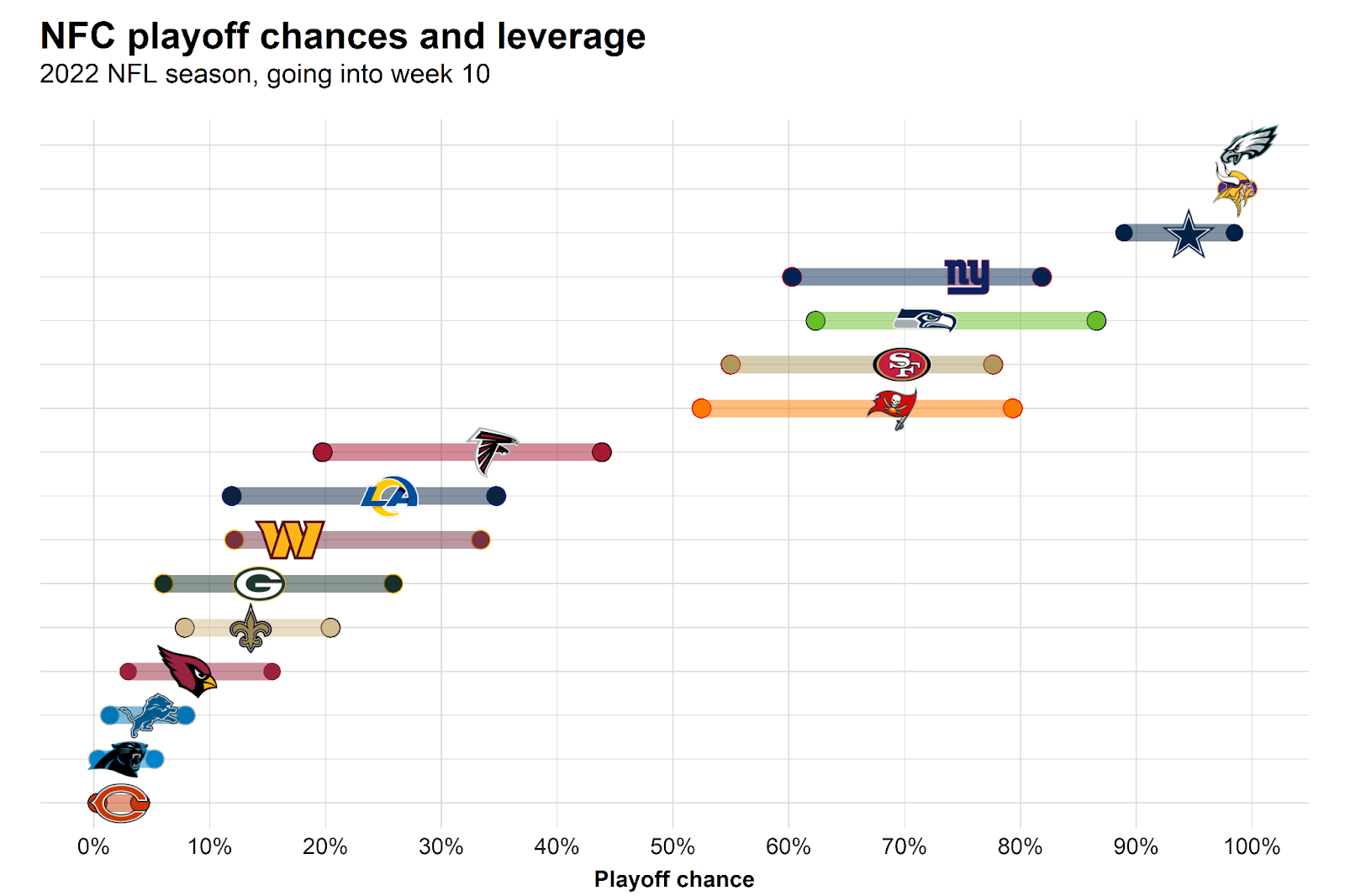 TEAMS WITH THE MOST AT STAKE IN WEEK 9

While there a still two wide-open divisions in the NFC, we currently have large favorites in each of the four AFC divisions, as the Kansas City Chiefs, Buffalo Bills, Tennessee Titans and Baltimore Ravens are in a good position to earn a home playoff game.

To get a sense of the wild-card picture, we can look at simulations in which these four teams end up winning their divisions and look at the rates with which the other teams earn a wild-card spot:

The estimated odds that the Philadelphia Eagles continue their undefeated regular season are 5.3%. There is a 1.1% chance they go 20-0 to win the Super Bowl.

Few people would have seen this coming, but as of now, both the NFC East and the AFC East would feature three playoff teams. This happens 50% of the time in our simulations. The odds that three NFC East teams make it to January are already at 80%. The AFC East sends three teams into the playoffs 62% of the time.

The chance that we get to see a Bills-Chiefs AFC Championship rematch is currently 22.9%. The chance of it happening in any of the three playoff weeks before the Super Bowl is 34.9%.

If those two face each other, it would be played in Buffalo 52% of the time.