If these standings hold, we would welcome three different AFC teams (Ravens, Dolphins and Jets) and three different NFC teams (Vikings, Commanders and Giants) into the postseason this year. 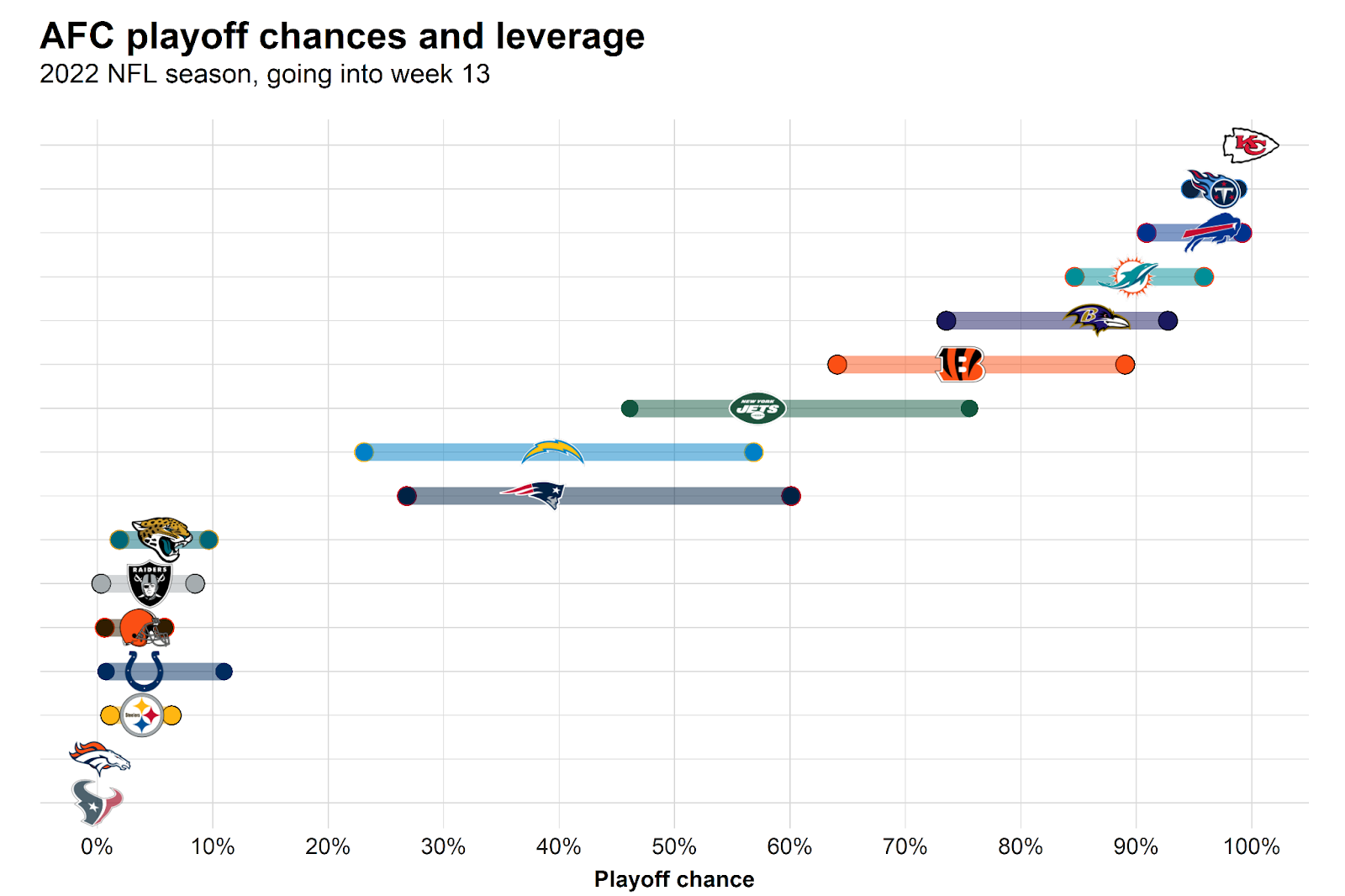 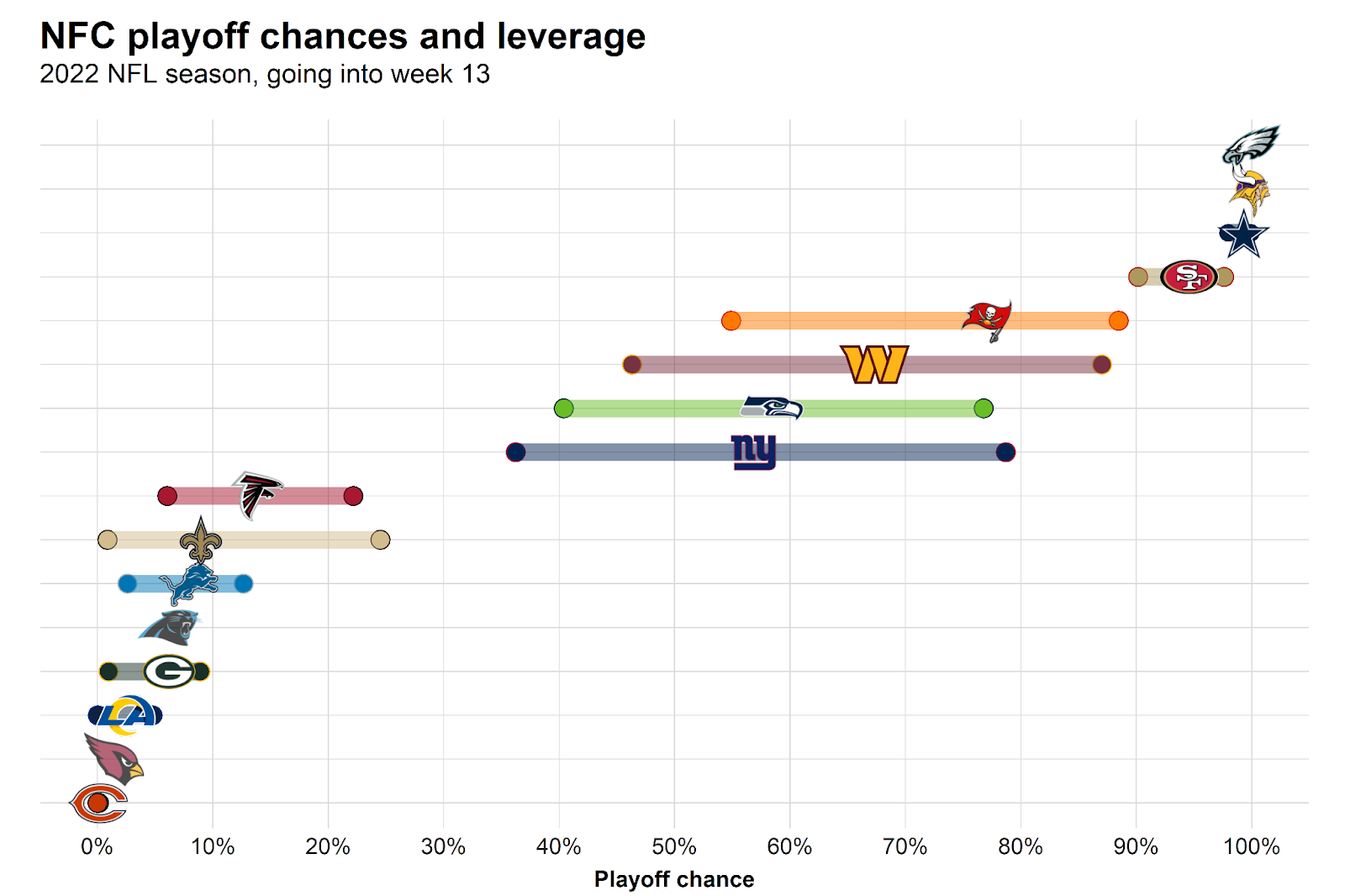 TEAMS WITH THE MOST AT STAKE IN WEEK 13

The two closest division races in the NFL right now are happening in the AFC East and the AFC North. Here is how the odds stack up in the NFC East:

Every team in the NFC South is currently below .500. The chance that it stays this way — i.e. the NFC South winner ends up being 8-9 or worse — is currently 37%, according to our simulations. In 60% of these cases, the beneficiary of the weak division would be the Tampa Bay Buccaneers.