PFF Data Study: How luck, and not skill, can help pass-rushers to a career year

Just last week, we revisited the idea of the “sack artist” and found that they don’t actually exist. Instead, our research led us to the conclusion that the rate at which a pass-rusher turns pressures into sacks is not stable from season to season, even after accounting for situational factors.

That being said, nothing is more valuable to a pass-rusher than sacking the opposing quarterback. So, hypothetically, if a pass-rusher was to face the same schedule of offensive linemen as any other pass-rusher, the value of a pass-rusher in a given season depends on two things:

1. His true ability, which controls his pass-rush win rate and (to a great extent) his pressure rate.

2. His luck, which controls the number of pressures he can turn into sacks.

The natural question is, which of these two things matters more? If player A is more skilled than player B, but player B is luckier (with the same magnitude than he is less skilled), who will have provided more value at the end of the season?

The first question is what we mean by “the same magnitude.” To talk about this, we have to bring these two things on the same scale — we have to understand their distributions. 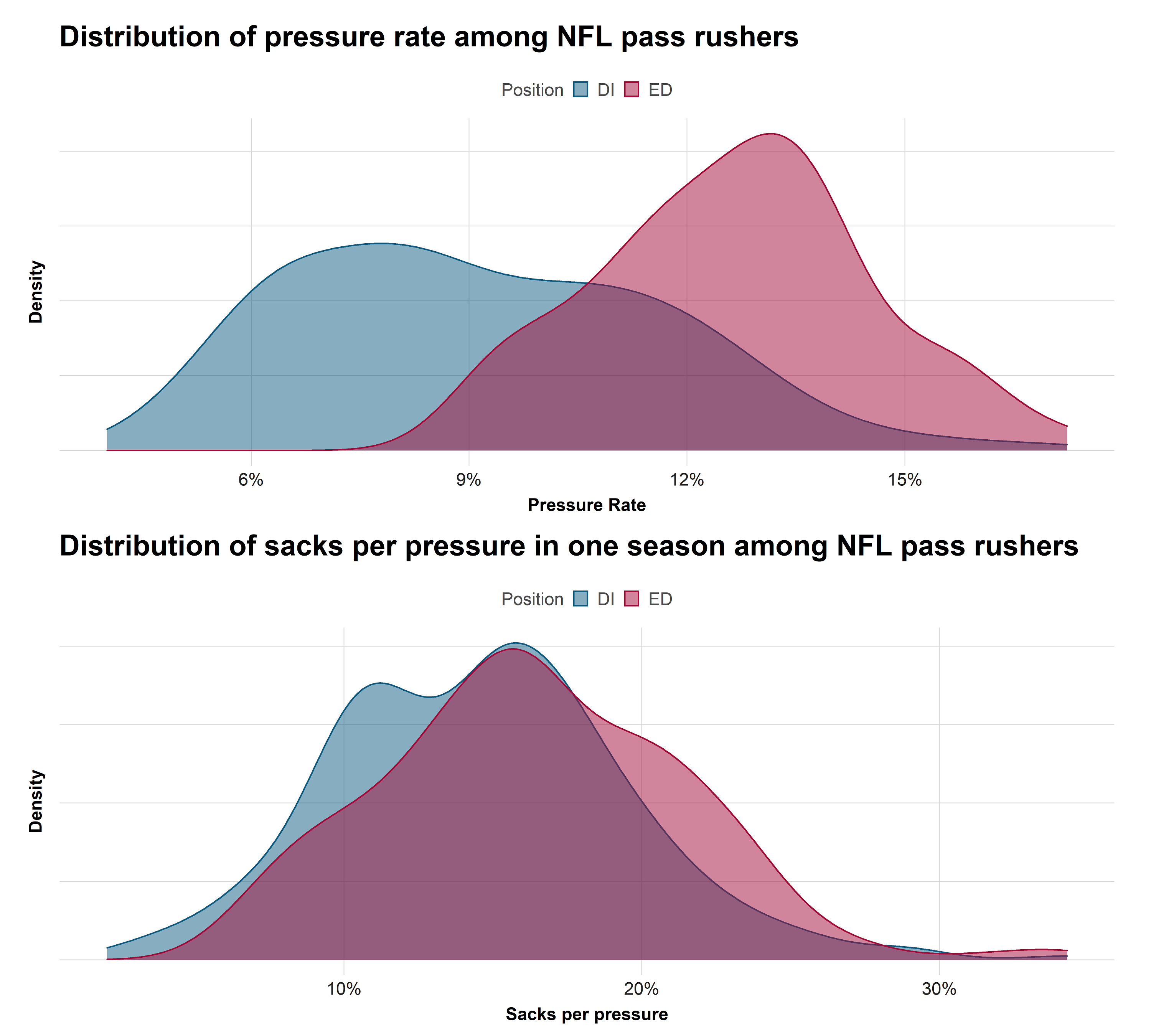 We will simulate a pass-rusher’s season with different levels of true ability and luck. Any conclusions driven from this will only make sense if these two things are entirely independent, and that’s indeed the case: Players who generate more pressures are neither worse nor better at turning these into sacks than worse pass-rushers who generate less pressure. The R-squared values are below 0.005 for both edge rushers and interior rushers. 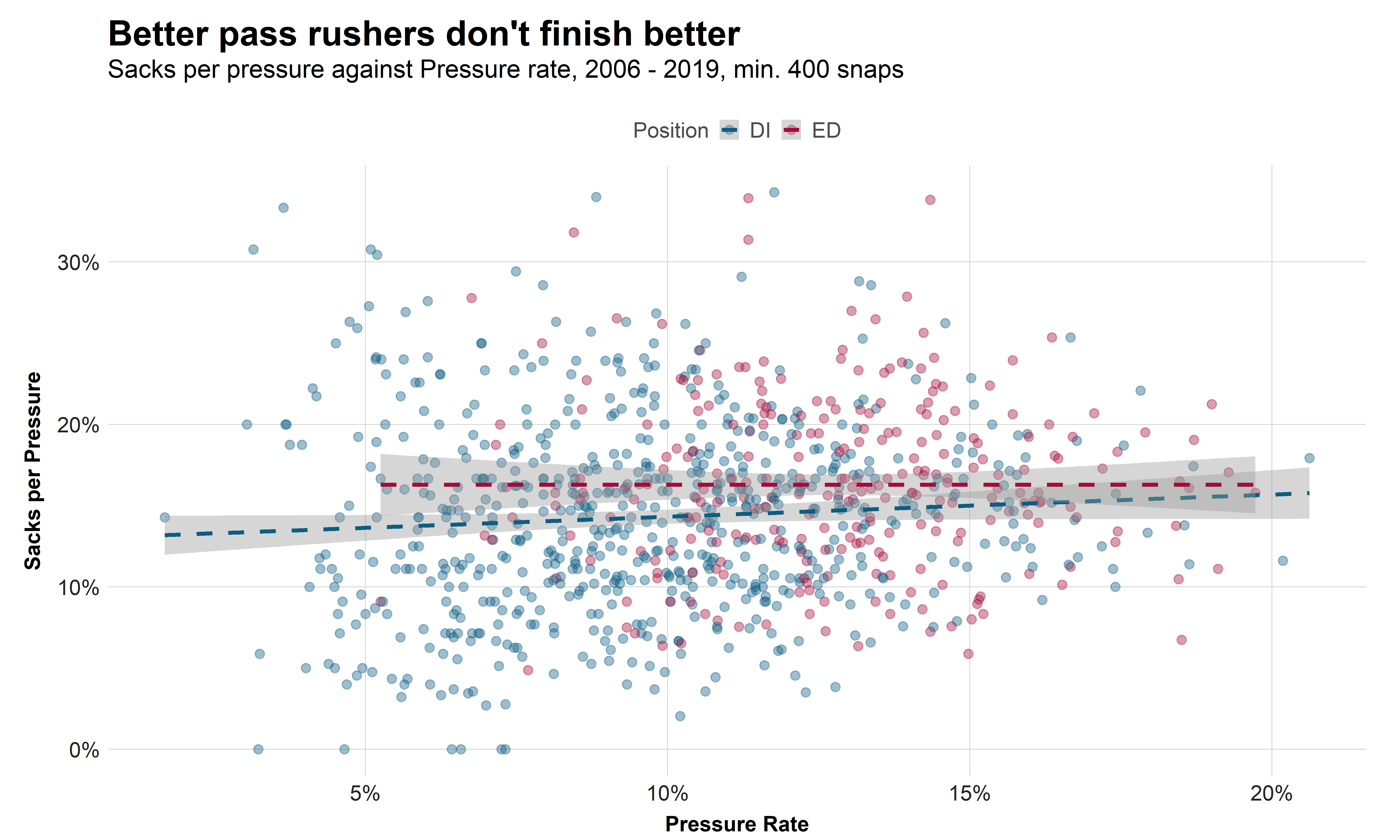 In other words, every NFL pass-rusher is at the mercy of the circumstances that allow them to turn their pressure into sacks.

As you could have already guessed, we run separate simulations for edge rushers and interior pass-rushers. In each simulation, we simulate the downs and distances the opposing offense will face and simulate pressures and sacks based on these situational factors. The total numbers of pressures and sacks determine the shift in expected points added for the offense based on the numbers we already wrote about.