PFF Data Study: How confident can we be in kickers?

After hitting on 14 field goals in a row to start this season, Jake Elliott earned himself a well-deserved contract extension that guaranteed him $10.45 million and comes with an average salary of $4.36M per year. Both figures are the third-highest in the league, behind only Robbie Gould and Justin Tucker. Given that the league-wide field goal percentage is down by roughly 5% this season and Elliott led the kickers that are bucking this trend as the only kicker without a miss at the point of signing, it seems like a safe bet to pay him 2.5% of the cap to keep him around in Philadelphia for the long term. But is it really a safe bet? In this article, we will study how confident we can be in kickers and especially young kickers like Jake Elliott.

Evaluating kickers on field goals is relatively easy, as there is basically only one variable to account for: field goal distance. Technically, we’d also have to account for weather effects, but for the sake of simplicity, we will omit this in today’s analysis, as it won’t affect the overall takeaways. 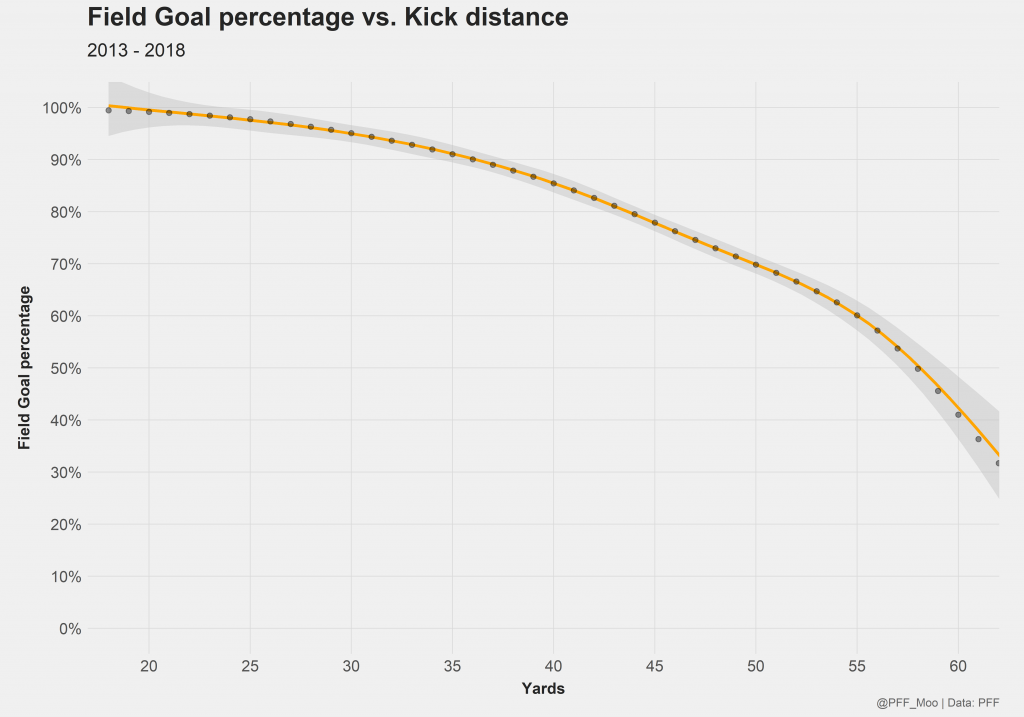 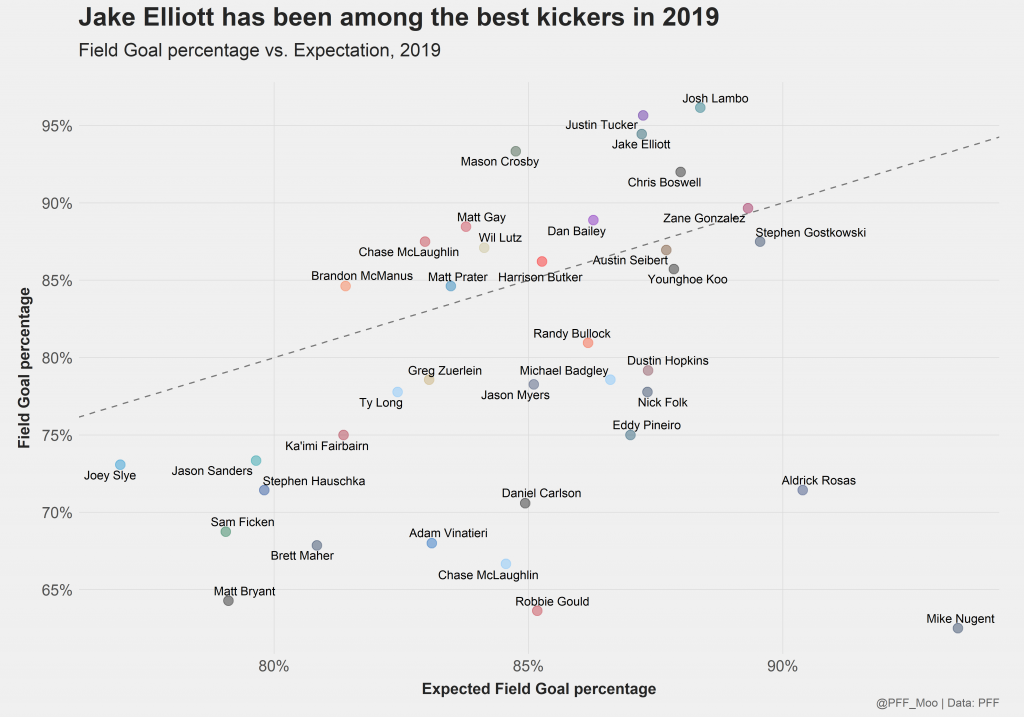 The chart illustrates why accounting for distance is important when evaluating kickers: For example, Matt Gay has a lower field goal percentage than Zane Gonzalez, but Gonzalez has a much higher expectation, as he was asked to kick easier field goals. This leaves Gonzalez with an average performance, while Gay performs over expectation, good for the fifth-best Field Goal Percentage over Expectation of the league.

[Editor's Note: All users can subscribe to any of PFF's annual subscriptions and read all our Premium Content for 40% off! Use promo code CYBER40 to save 40% on EDGE or ELITE Annual.]