It’s time for the Week 8 fantasy football waiver wire. Fantasy waivers can often make or break your season. Making the right decision on which players to add and drop is crucial, so we have you set up with a deep list of potential waiver wire adds for Week 8. 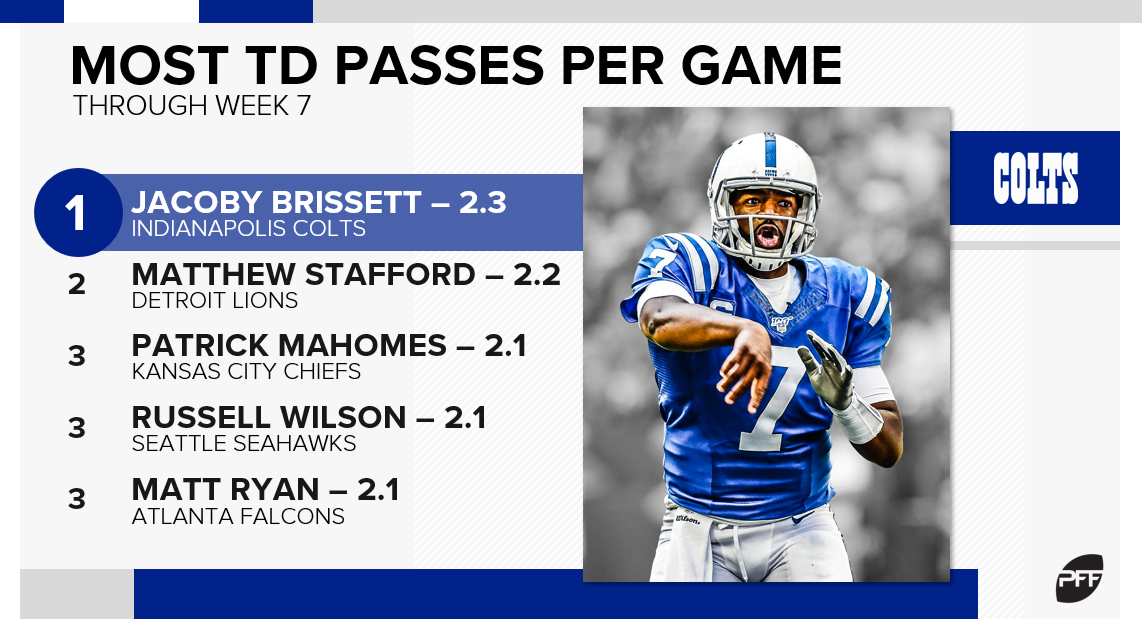 Jacoby Brissett, IND (5-10%) — Expectations weren't especially high for Brissett entering the season, but the Colts signal-caller leads the league in touchdown passes per game with an average of 2.3.

Chase Edmonds, ARZ (25-50%) — Even if David Johnson is healthy, the genie is out of the bottle with Edmonds. He's at least a flex option going forward and has the look of a potential league winner.

Latavius Murray, NO (15-30%) — Alvin Kamara‘s high-ankle issue opened the door for Murray to rumble all over the Bears last week. He's worth an add even if Kamara gets back on the field this week.

Mohamed Sanu, NE (15-30%) — The Patriots pulled a somewhat surprising move and acquired Sanu Tuesday morning. Sanu's fantasy stock is on the rise, as his skillset meshes perfectly with Tom Brady. He's a WR4 with WR3-plus potential in New England.

Jimmy Graham, GB (5-10%) — Graham hasn't been the most consistent fantasy option, but he does rank 12th at the position in fantasy scoring.

Eric Ebron, IND (5-10%) — He made an impressive touchdown grab this past week and continues to be a red-zone presence for the Colts.

Cam Newton, CAR (4-7%) — Fantasy players love to hate Newton, but he's done nothing but produce for fantasy purposes when he's been on the field. He's worth a stash with the chance that he gets back on the field next week.