The relationship between QB fantasy production and real-life game flow

CLEVELAND, OH - AUGUST 10: Quarterback DeShone Kizer #7 of the Cleveland Browns passes while under pressure from linebacker Adam Bighill #99 of the New Orleans Saints during the second half of a preseason game at FirstEnergy Stadium on August 10, 2017 in Cleveland, Ohio. The Browns defeated the Saints 20-14. (Photo by Jason Miller/Getty Images)

We combed through 2017 data to see how game flow impacted quarterback performance and identified which quarterbacks excelled in specific circumstances. All game flow data is based on the score of the game at the start of each offensive play. 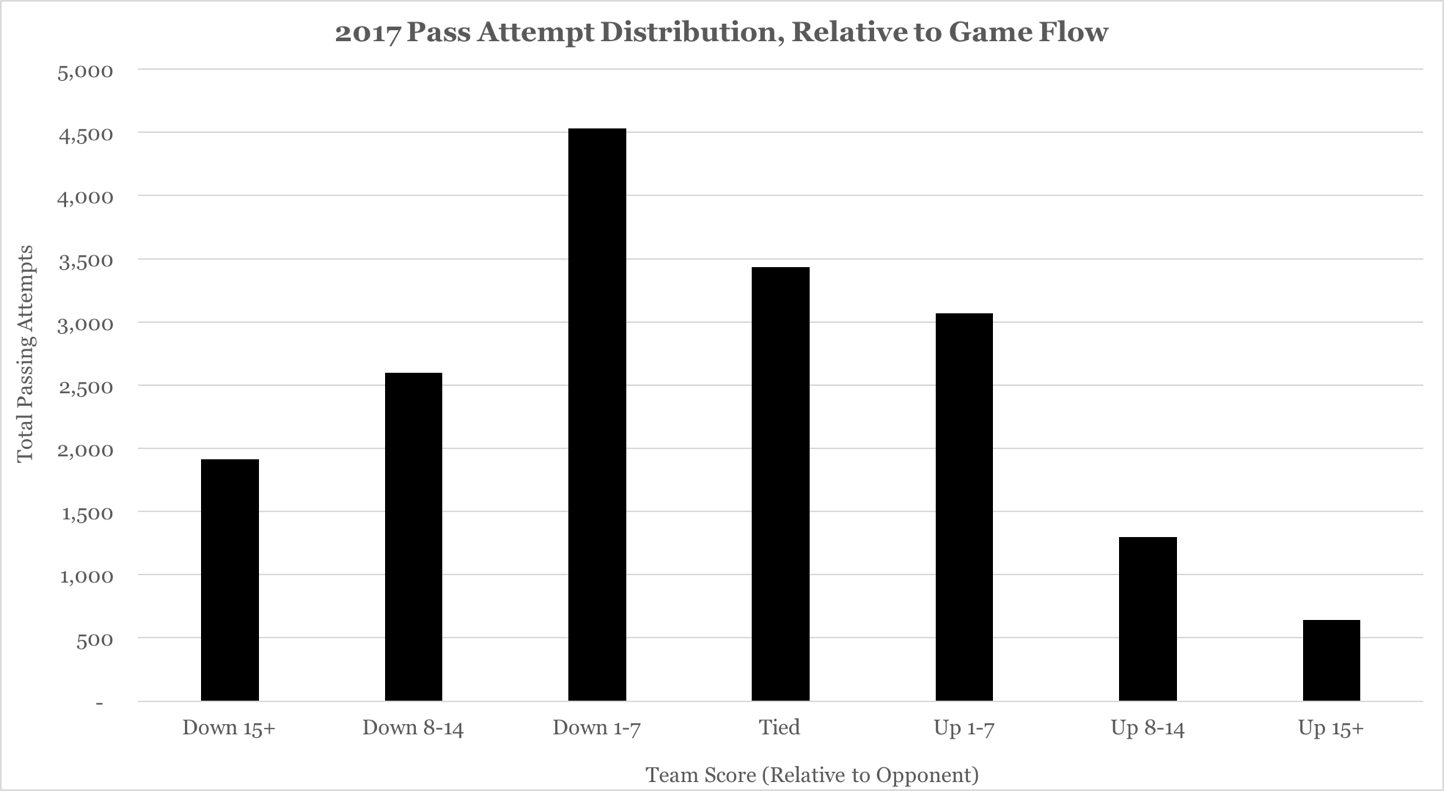 The distribution of passing attempts relative to game flow follows the pattern you would expect. When a team is trailing by a certain amount of points, it is more likely to pass than when it is leading by that same amount of points. This isn’t groundbreaking, but it’s interesting to see it in graph form.