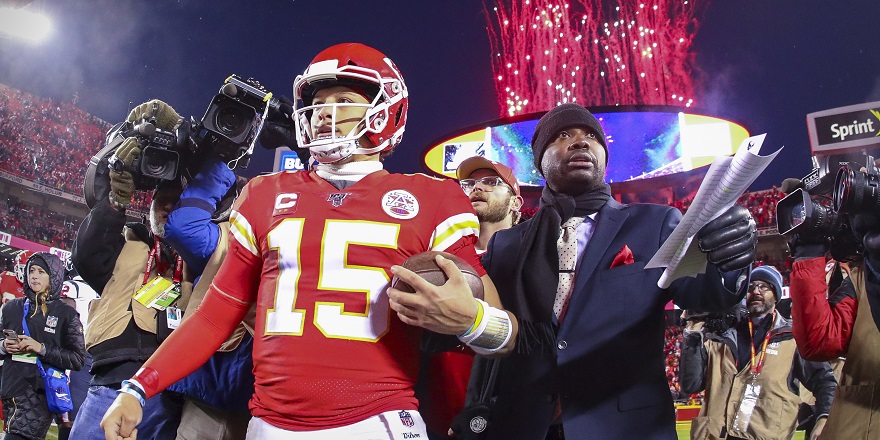 It’s Mahomes and then everyone else this week. The Chiefs’ signal-caller showed his enormous ceiling against the Texans in the Divisional Round, but keep in mind that the Titans are a tougher matchup.

In a better matchup, Rodgers could possibly rank a tier about Garoppolo and Tannehill, but this is a rough one for the Packers’ signal-caller. That said, he’s your best bet as a Mahomes pivot in DFS this week.

Henry is on a historic run over the last three weeks thanks in large part to a massive 96 carries over that span. The Titans are all but guaranteed to lean on Henry again. Given Kansas City’s run defense, he’s a good bet for another big day. Jones isn’t as strong of a play, but his nose for the end zone can’t be discounted. The Packers fed him five goal-line carries last week, and Jones converted two for scores.

The Chiefs running back comes in just behind the top two, and that isn’t necessarily a knock on Williams. He was excellent last week with three total scores in the Divisional Round, but he did so on just 14 touches. That volume puts him just a tick behind the top two.

Who is it going to be this week? Coleman surprised many with his Divisional Round outburst, but Mostert had been the clear lead heading into the playoffs. It’s tough to say with any certainty who will see more touches, but we’re giving Mostert the slight edge given his performance over the last month and a half.

Here’s your punt tier. There’s isn’t a lot to get excited about, but if there’s a running back who surprises us this weekend, he’s likely to come from this trio.

Davante Adams’ tremendous second half of the season continued last week with yet another double-digit target outing where he found the end zone twice. Let’s be clear that this is a bad matchup, but Adams should have ample opportunities to put points on the board. On the other hand, Hill was relatively quiet last week. We know he has arguably the highest ceiling of any non-quarterback in the playoffs, but the question is whether the Chiefs prioritize getting him the football. 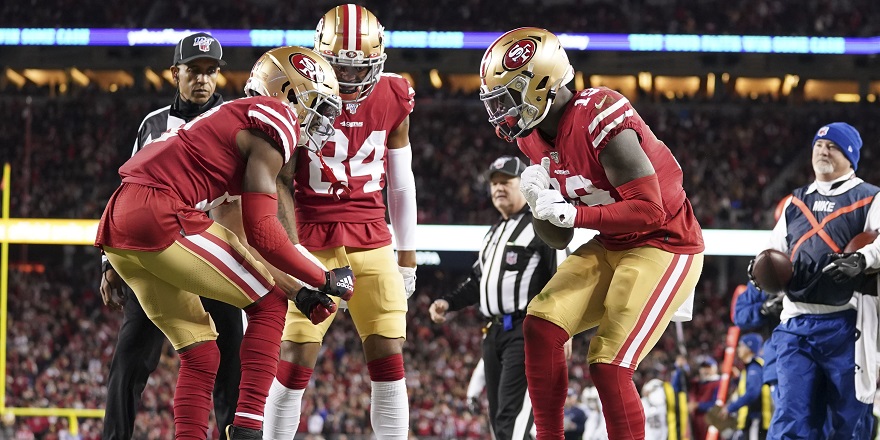 It gets ugly quickly at wide receiver this week. Brown has been almost non-existent in the playoffs, but he does have electric upside. Neither of the 49ers receivers produced last week, but both Samuel and Sanders stand out as better options than the punt plays below.

Let’s toss some darts. Any one of these guys has the potential to find the end zone and provide a strong return on investment for fantasy purposes.

These two were essentially polar opposites as fantasy plays last week, with Kelce putting up one of the biggest tight end lines of the season and Kittle not even topping five PPR points. But don’t hold that against Kittle. The Vikings were a tough matchup and the 49ers really didn’t need to throw. He’s a good bet to bounce back this week.

If you’re going to fade the Big-2, then Smith is really your only option. The young tight end made a pretty catch in the end zone last week and certainly comes with the upside to find pay dirt again.