After a rough Week 2 for injuries, the worst news came out of Pittsburgh Monday, with the Steelers announcing that QB Ben Roethlisberger will miss the rest of the year with an elbow injury. For fantasy football, this is obviously a crushing blow.

Roethlisberger was injured late in the first half Monday. At the time of the injury, he was scuffling, completing only 8 of his 15 passes for 75 yards. After his touchdownless Week 1 performance, fantasy managers were probably already frustrated with the Steelers quarterback, but Roethlisberger’s track record is such that you had to expect he’d rebound. 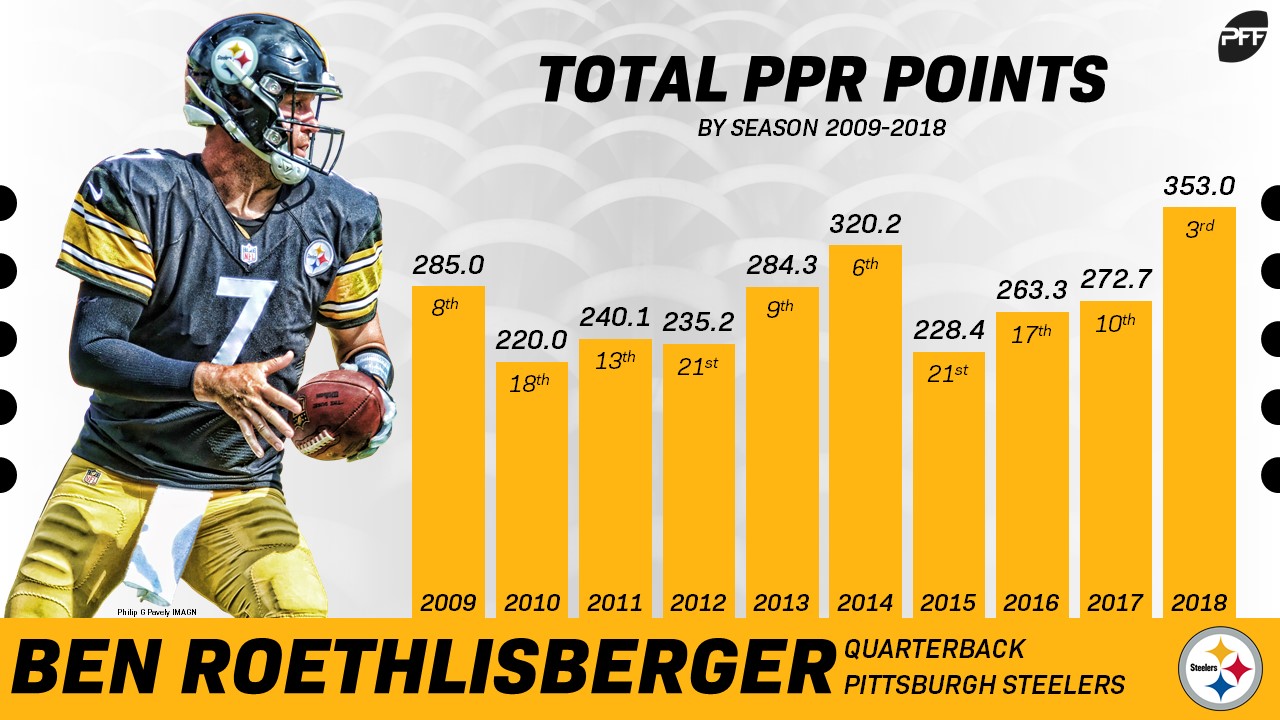 Instead, we won’t find out, and Mason Rudolph will take over starting duties for the Steelers. Rudolph wasn’t bad in relief Sunday, going 12-for-19 passing for 2 touchdowns and an interception — a pick that was definitely not Rudolph’s fault, as the pass bounced directly off Donte Moncrief’s hands.

JuJu Smith-Schuster, the team’s No. 1 receiver, should be fine, albeit with a slightly depressed ceiling, without Roethlisberger and with Rudolph. Moncrief appeared to already play himself out of a role in this offense, with James Washington potentially set to rise. Washington is an interesting name to monitor, but other than Smith-Schuster and Vance McDonald, there isn’t a pass-catcher in Pittsburgh that must be owned.

On the surface, you’d think this would be good news for the team’s running game, with the Steelers likely to run more now, except for the fact that starting running back James Conner also went down to injury in Sunday with a knee problem. If Conner proves to be fine, he’ll maintain low-end RB1 status. If he is out for any period of time, Jaylen Samuels becomes interesting as his replacement, but only as a low-end RB2 at best.

As for Rudolph, he’s not worth adding in one-QB leagues right now, but then Roethlisberger was only on the fringes of relevance in those leagues himself. In two-QB or deeper leagues, Rudolph is worth a flyer for teams in need — particularly those who had Roethlisberger or Drew Brees — but until we see how the ex-Oklahoma State quarterback can do as a starter, he shouldn’t be in lineups.