Andy Isabella is much more than a slot receiver, can ‘do it all’

Wes Welker, Julian Edelman, future New England Patriot are all classifications tied to 5-foot-9, 186-pound UMass receiver Andy Isabella all because he fits the mold for a successful but limited slot receiver in the NFL.

But Isabella is different, and those who confine him into the aforementioned categories are, well, wrong.

Of course, Isabella doesn’t just talk the talk. He has experience at running back dating back to his high school days in Mayfield, Ohio and came to UMass as a running back. It didn’t take long for Minutemen coaches to move Isabella to wide receiver after seeing him dominate at the position on scout team in practice. Fast forward three years after his freshman season and Isabella truly dominated at outside wide receiver in 2018. 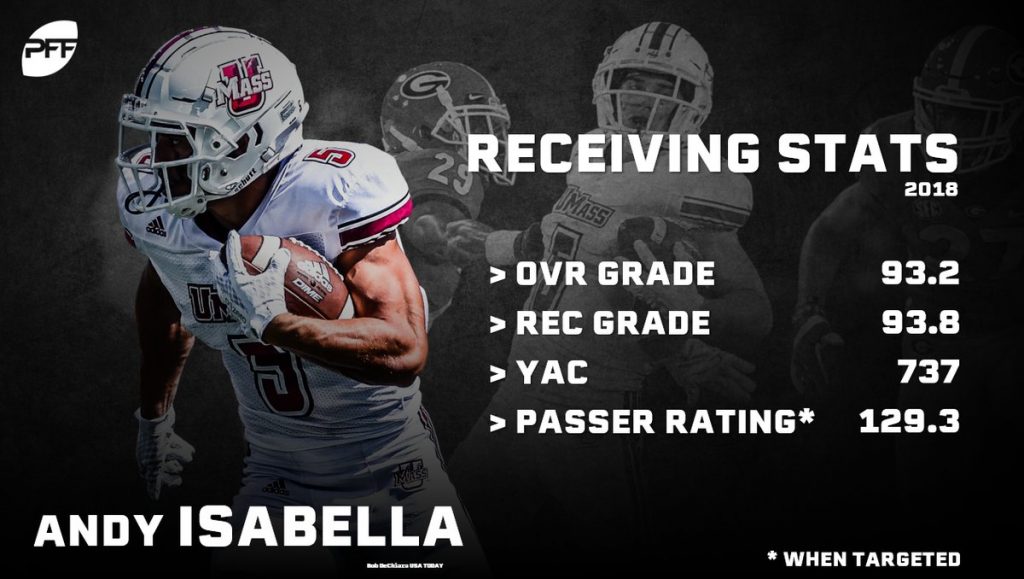 While playing more than 63% of his offensive snaps outside the hashes at wide receiver, Isabella earned an FBS-high 93.2 overall grade in 2018. Among the 234 FBS receivers with 300-plus routes run in 2018, Isabella ranked first in yards per route run and 17th in passer rating when targeted (129.3).

However, despite all of his success on the outside, Isabella said a bulk of the teams he’s already had opportunities to speak with want him to play slot at the next level, making his trip to the Senior Bowl that much more important.

“All Senior Bowl week, I was in the slot, and it was frustrating,” Isabella said. “That whole week was almost like an adjustment. But I definitely learned a lot from that week and got better playing in the slot and got kind of used to that role I might have to play.

“In the slot, you really have to run precise routes. You can’t really use your speed to get open. So, [the Senior Bowl] really helped me work on my routes that week.” 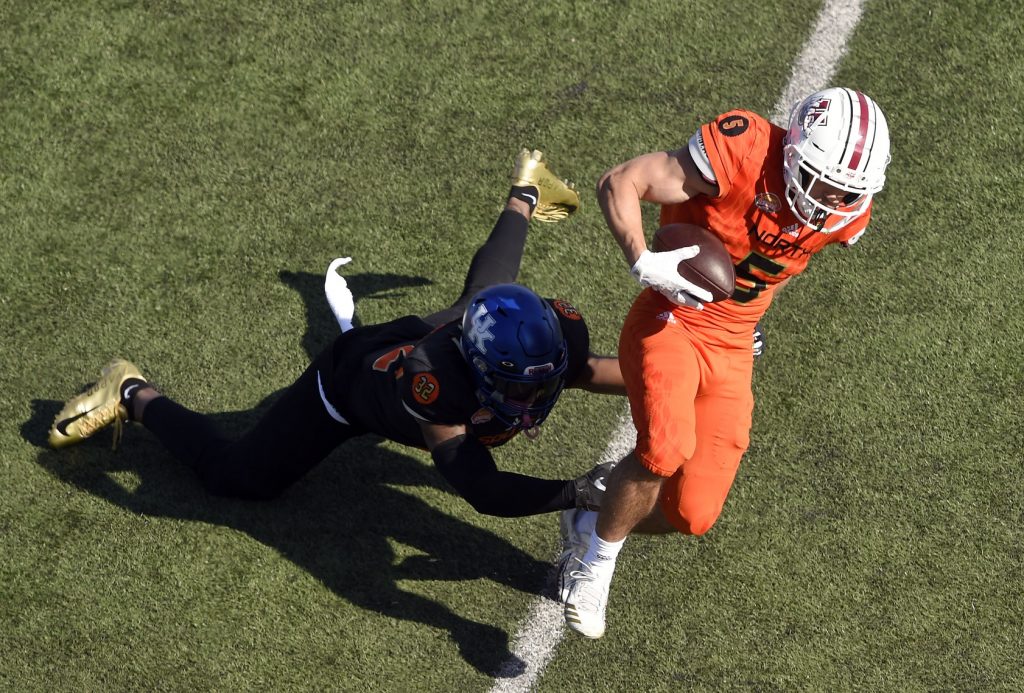 Isabella, despite the slot adjustment, dominated the Senior Bowl. He led the group of 35 senior wideouts with at least 20 offensive snaps in overall grade, catching all seven of his targets for 74 yards, four first downs and a score. But it wasn’t the style of play that took him to new heights at UMass.

Isabella, a Mayfield track star with legitimate NFL speed, makes his money outside the hashes and down the field. His size might not indicate as such, but his production does.

Isabella wants much of the same in the NFL.

Isabella said he wants to push for an outside role and maintain his big-play ability at the next level but knows he’ll have to earn that opportunity like he did at UMass. And a strong showing and weigh-in at the 2019 NFL Scouting Combine could surely get the ball rolling in that direction come early March.