Jameson Williams has held steady as a likely mid-first-round pick over the past few months, even though he's been unable to participate in workouts or on-field drills.

Everything in this analysis of Williams is missing one key (though not primary) piece of context: Williams tore his ACL in the National Championship Game in mid-January of this year.

On a longer timeline, the ACL tear shouldn’t matter a whole lot. But the potential complications in recovery and the chance he misses a significant portion of his rookie season aren’t inconsequential in the risk-reward calculus going on in NFL front offices. 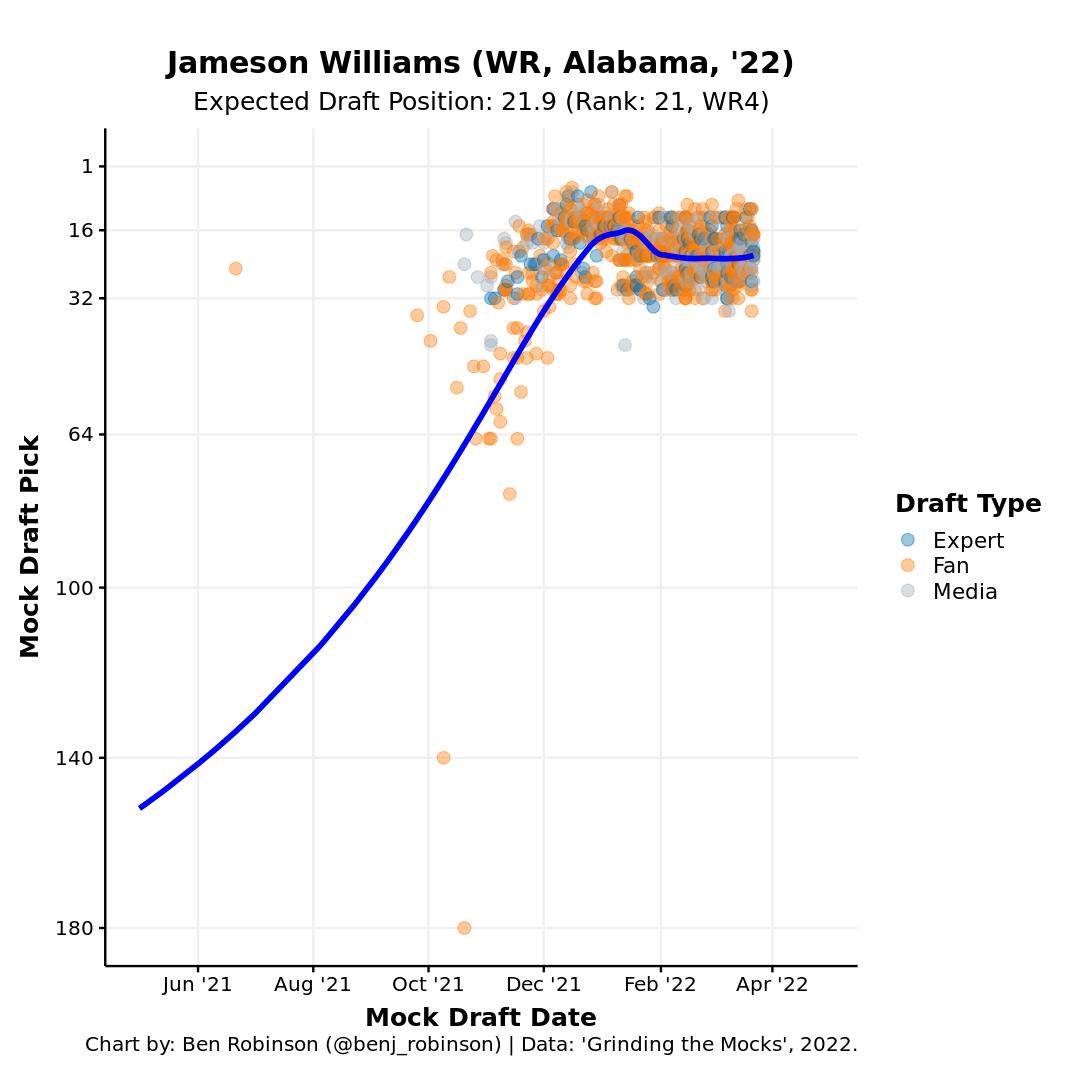 For this comparison, I estimated Williams’ 40 time at 4.40 seconds and modeled out his vertical leap at 33.3 inches based on weight. Neither estimate has a dramatic shift on his comparable player mix.