PFF data scientist Eric Eager has done tremendous work developing college-to-pro projections, which are built on the robust college data we’ve collected since 2014 and have been applied to exercises like building an “analytics” mock draft. In this analysis, I will use some of PFF's advanced stats for comparison but primarily rely on traditional stats to go back further and compare the 2022 prospects to draft classes since 2006.

The comps below were derived from a two-step process. First, I converted the most statistically relevant stats and measurables to percentiles based on the thousands of prospects who have entered the NFL since 2006.

Tyler Allgeier didn’t necessarily do anything to hurt his draft status at the 2022 NFL Scouting Combine, but he didn’t raise it much, either. The BYU product ran a 4.60-second 40-yard dash at 224 pounds, which fits with our draft guide’s description of his game: “There isn't much about Allgeier that makes you say ‘wow,' but there's also not much to dislike, either.”

He is projected as a fourth-round pick, according to recent mock drafts. 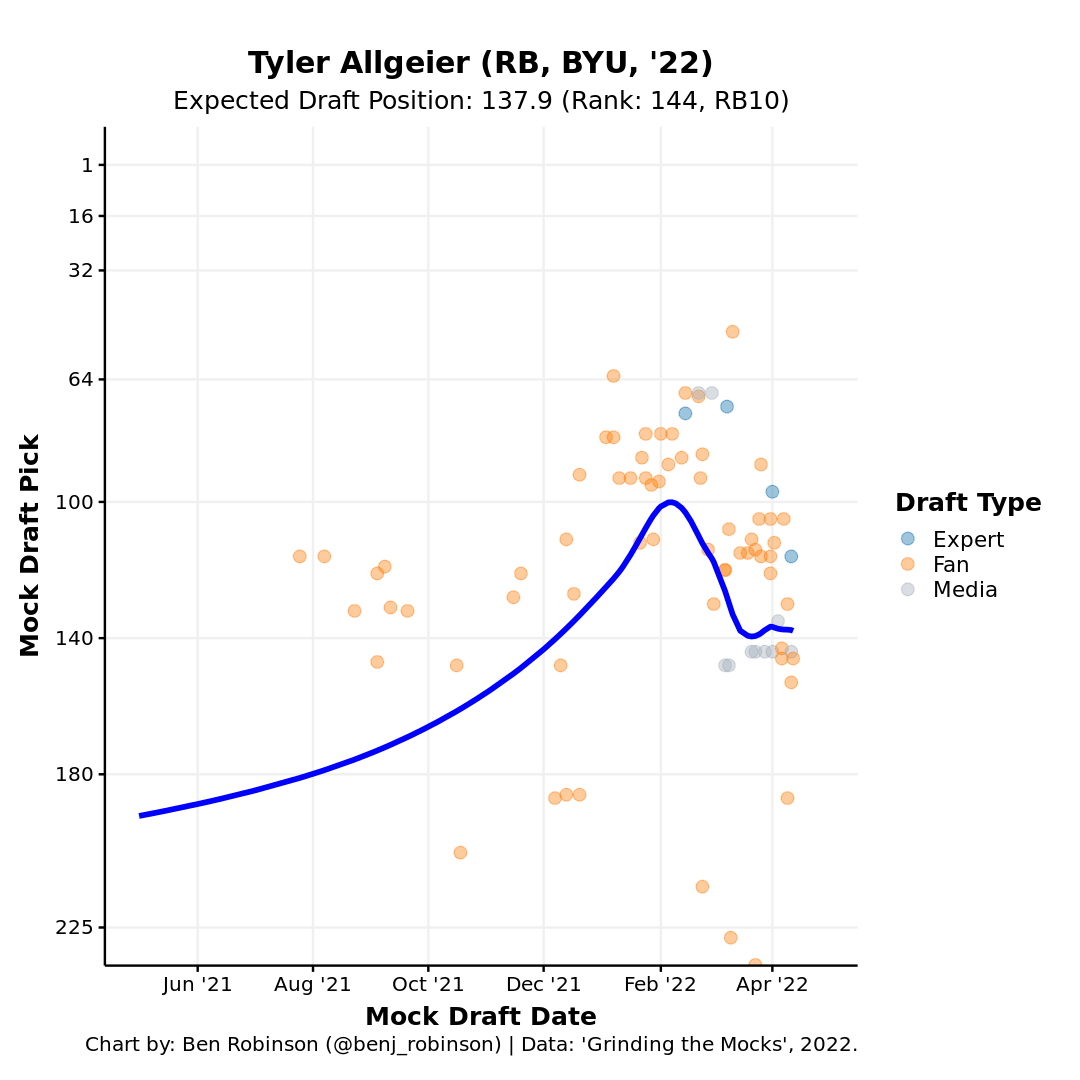 While Allgeier might not be the most explosive back, his profile is boosted by multiple seasons of strong production at BYU, including an 11% share of receptions, bringing the possibility of a three-down role in the NFL.