John Metchie‘s draft-stock chart is a little deceiving, at least in the decline from before the 2021 season to the beginning of 2022. So few mock drafts went further than a single round until recently, so Metchie’s expected draft position was likely inflated. More importantly, we see him settling in the early third round and perhaps moving back into the second. 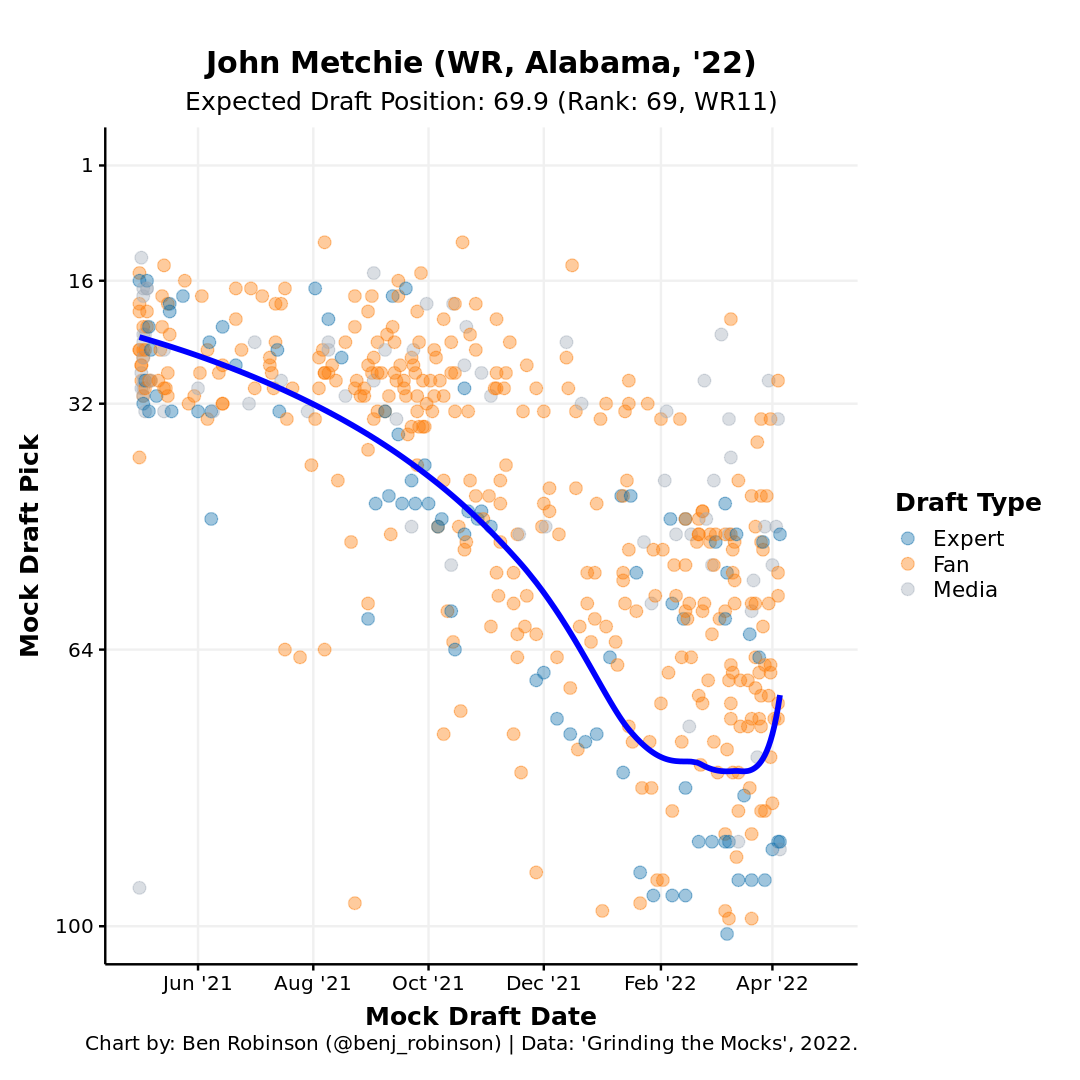