I also included the most important workout metrics for NFL and draft position for wide receivers: weight, 40-yard dash time and vertical jump. I’m taking the best number from either the prospects' NFL Scouting Combine or pro day performances. If the 40-yard dash time or vertical jump are missing, I estimate them based on historical modeling with weight and available other workout metrics. 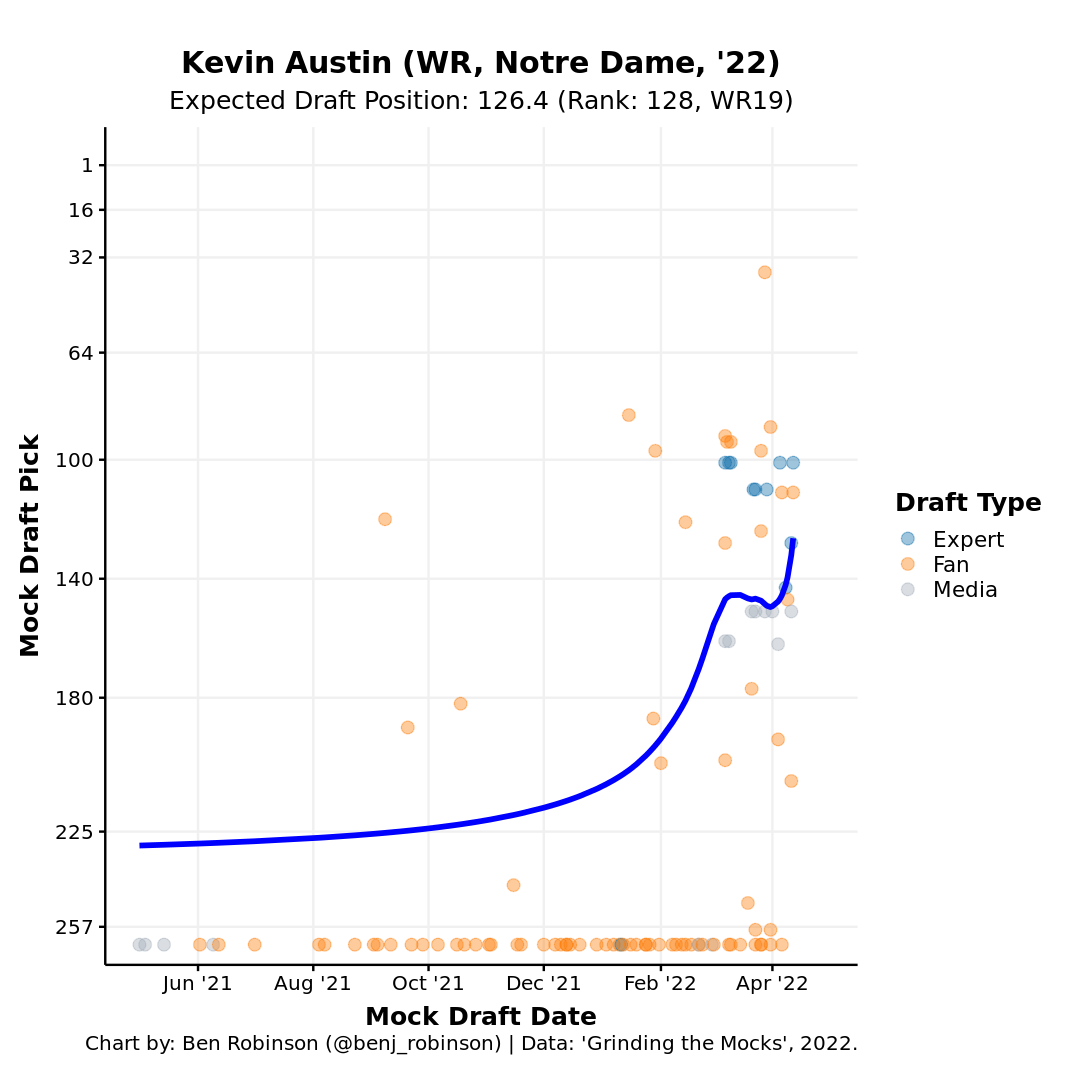 Austin certainly does not have the production profile of a successful NFL receiver — his career team market shares of receiving yards and touchdowns was roughly 15%. Even his best season was at a market share of less than 25%. The Notre Dame product is also an older prospect after declaring following his redshirt junior season.