2021 NFL Draft Comps: UCLA RB Demetric Felton shows promise as a pass-catcher out of the backfield

The comps below were derived from a two-step process. First, I converted all the most statistically relevant stats and measurables to percentiles based on the thousands of prospects who have entered the NFL since 2006 at each position. Then, I filtered the total universe of past prospects by those who had draft positions, weight and 40 times within a 10th percentile in either direction of Demetric Felton. For undrafted players, I assigned a numerical draft position of 300.

For Felton's draft position, I’m using an estimate based on the mock data collected at GrindingTheMocks.com. For the weight and 40 time, I’m using the numbers from his pro day, with a 0.03-second penalty added to the 40 time to reflect the uncertainty of pro-day timed measurements.

Felton’s pro day is unlikely to bolster his draft position. He ran a 4.55-second 40-yard dash at 189 pounds and posted mediocre numbers in the vertical (31.5 inches) and broad jump (9 feet, 6 inches).

Felton isn’t an outstanding athlete, but he was never going to be bellcow, early-down back anyway. He could be utilized more outside in the NFL, and he looked good in Senior Bowl practices doing just that.

UCLA RB Demetric Felton running WR routes in Mobile is BIG for his stock — dude is a stud. 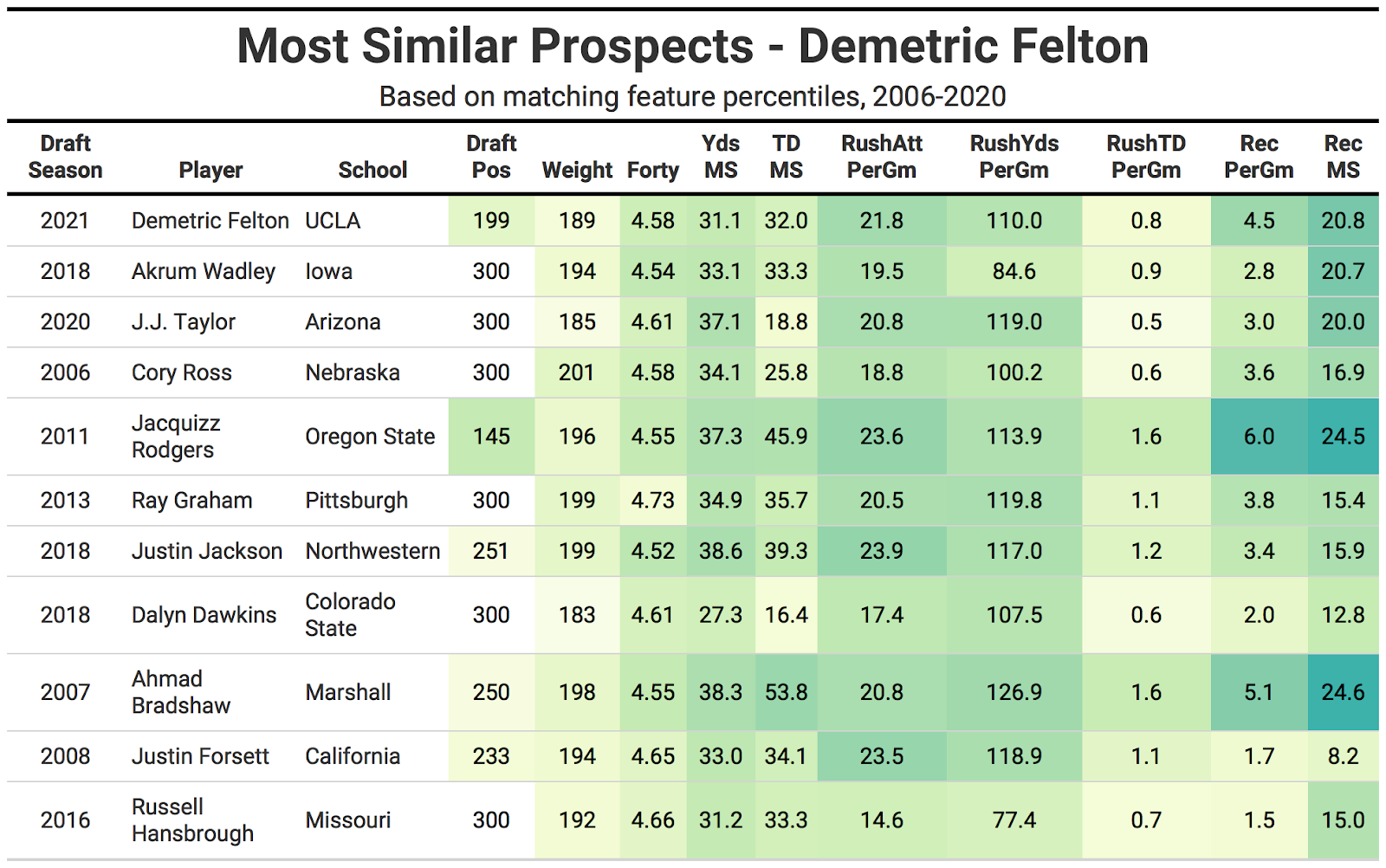 It's hardly an encouraging sign that six of Felton’s 10 closest comps were undrafted free agents, though that could be a relic of the past when smaller running backs were less desirable.

Felton has no issues in terms of production, averaging 20 or more carries and 4.5 receptions per game in his best season. The UCLA product was responsible for over 30% of his team's total yards and touchdowns.