2021 NFL Draft Comps: Tennessee WR Josh Palmer has to shift his game dramatically to be an impact receiver in the NFL

Tennessee wide receiver Josh Palmer (5) runs the ball after a successful catch during a game between Alabama and Tennessee at Neyland Stadium in Knoxville, Tenn. on Saturday, Oct. 24, 2020. 102420 Ut Bama Gameaction

The comps below were derived from a two-step process. First, I converted all the most statistically relevant stats and measurables to percentiles based on the thousands of prospects who have entered the NFL since 2006 at each position. Then, I filtered the total universe of past prospects by those who had draft positions, weight and 40 times within a 10th percentile in either direction of Tennessee WR Josh Palmer. For undrafted players, I assigned a numerical draft position of 300.

For Palmer's draft position, I’m using an estimate based on the mock data collected at GrindingTheMocks.com. For the weight and 40 time, I’m using the numbers from his pro day, with a 0.03-second penalty added to the 40 time to reflect the uncertainty of pro-day timed measurements.

Palmer profiles as a bigger-bodied downfield threat. He weighed in at 210 pounds at his pro day and ran a 4.51-second 40-yard dash.

The Tennessee wideout wasn’t efficient in his production on a per-route basis but was near the top end according to yards per reception. Palmer was able to use his bigger frame to shield off defenders and make plays over the top. 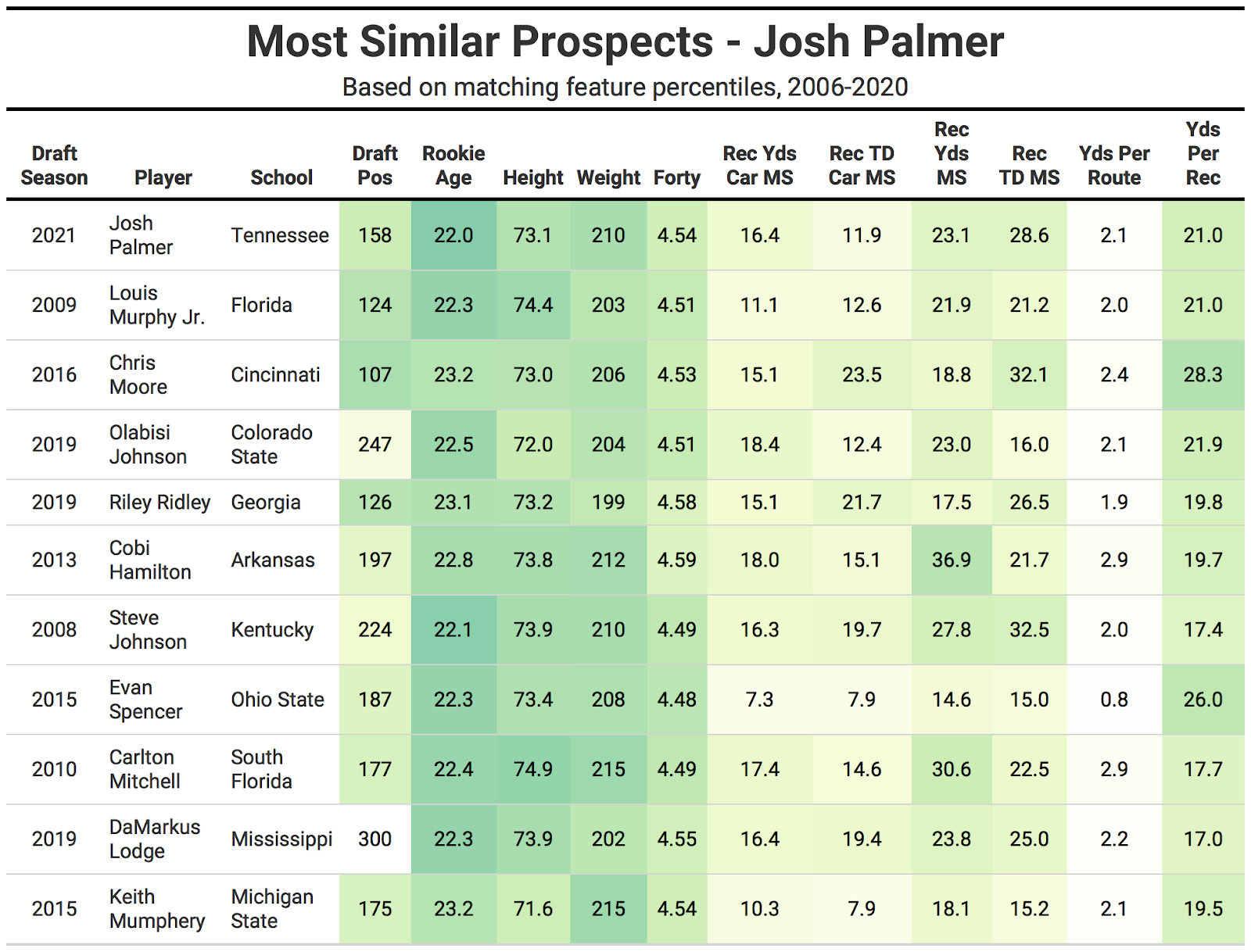