2021 NFL Draft Comps: Rondale Moore possesses a unique skill set, and teams would be wise to take advantage of it

The comps below were derived from a two-step process. First, I converted all the most statistically relevant stats and measurables to percentiles based on the thousands of prospects who have entered the NFL since 2006 at each position. Then, I filtered the total universe of past prospects by those who had draft positions, weight and 40 times within a 10th percentile in either direction of Rondale Moore. For undrafted players, I assigned a numerical draft position of 300.

For Moore's draft position, I’m using an estimate based on the mock data collected at GrindingTheMocks.com. For the weight and 40 time, I’m using the numbers from his pro day, with a 0.03-second penalty added to the 40 time to reflect the uncertainty of pro-day timed measurements.

Moore’s official height, 5-foot-7, attracted attention because it came in a couple of inches shorter than his previously listed height, making some wonder if he’s too short to be considered a wide receiver at the next level.

NFL scout at Purdue pro-day just texted that WR Rondale Moore measured 5070, not 5077 as previously reported. Still a dynamic playmaker. With this gross height deficiency many NFL teams might now be projecting him into more of sub-downs RB role than when they thought he was 5’9”. 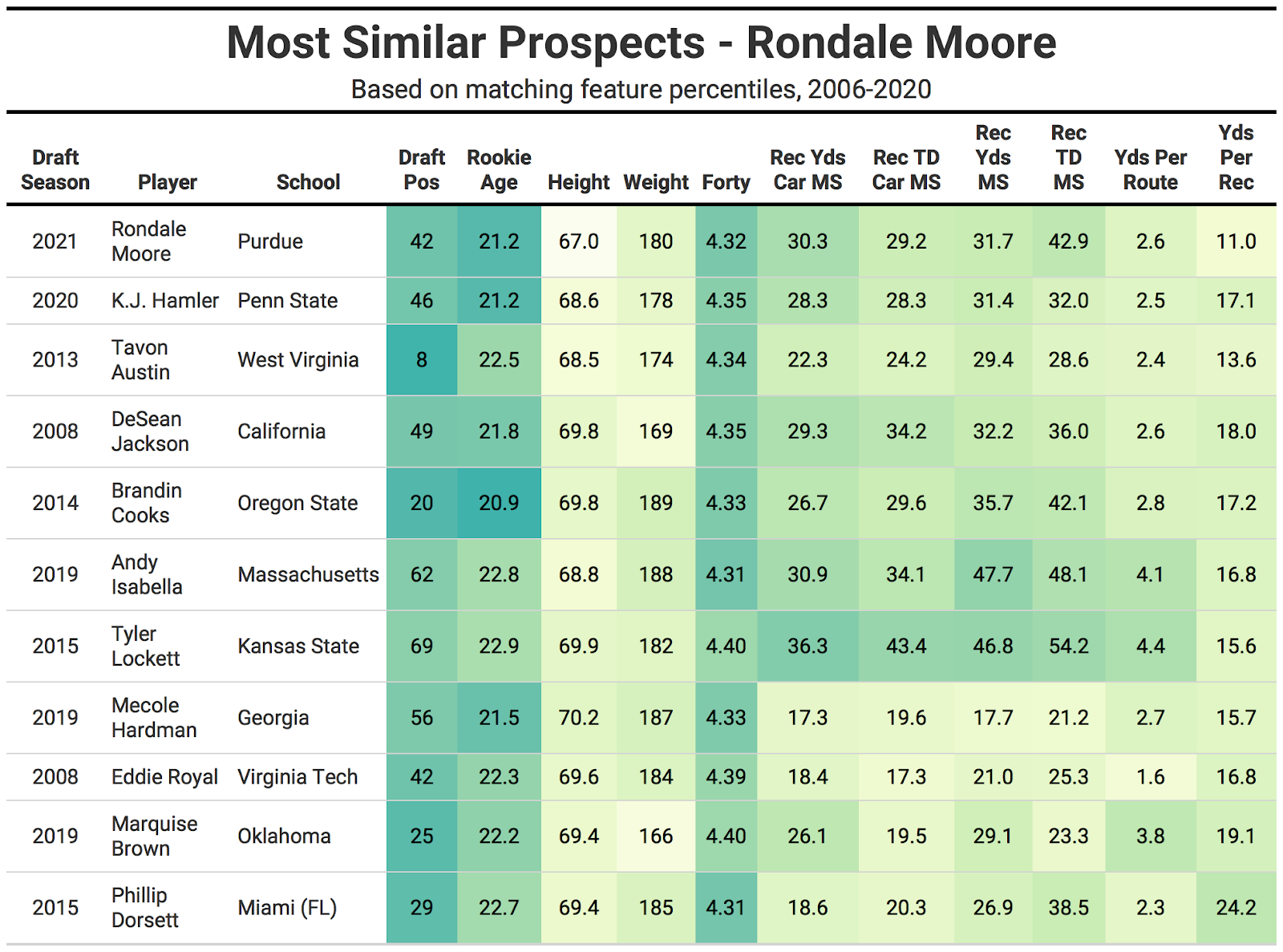 Moore hits all the market-share production marks for wide receiver prospects, but he generated his production in a unique way. He saw the third-lowest average depth of target (3.7 yards) of any wide receiver who ran more than 100 routes in 2020. Even using only traditional stats, his 11 yards per reception is low for a top prospect, and his per-route efficiency will be capped if he can’t extend his route tree further downfield in the NFL.

There are some examples of Moore catching the ball down the field, but they are few and far between.