The comps below were derived from a two-step process. First, I converted all the most statistically relevant stats and measurables to percentiles based on the thousands of prospects who have entered the NFL since 2006 at each position. Then, I filtered the total universe of past prospects by those who had draft positions, weight and 40 times within a 10th percentile in either direction of Larry Rountree III. For undrafted players, I assigned a numerical draft position of 300.

For Rountree's draft position, I’m using an estimate based on the mock data collected at GrindingTheMocks.com. For weight and 40 time, I’m using the numbers from his pro day, with a 0.03-second penalty added to the 40 time to reflect the uncertainty of pro-day timed measurements.

Rountree had a mediocre pro day, running in the 4.6s for the 40-yard dash and weighing in at a not-too-hefty 211 pounds. His explosion drills were also disappointing, hitting an even 9-feet in the broad jump and 30 inches for the vertical. His three-come time was relatively good at 6.96 seconds.

It’s fair to call Rountree a lacking athlete, though not disqualifying. Athleticism matters for running backs, though many of his similarly lacking comps showed some success in the NFL. 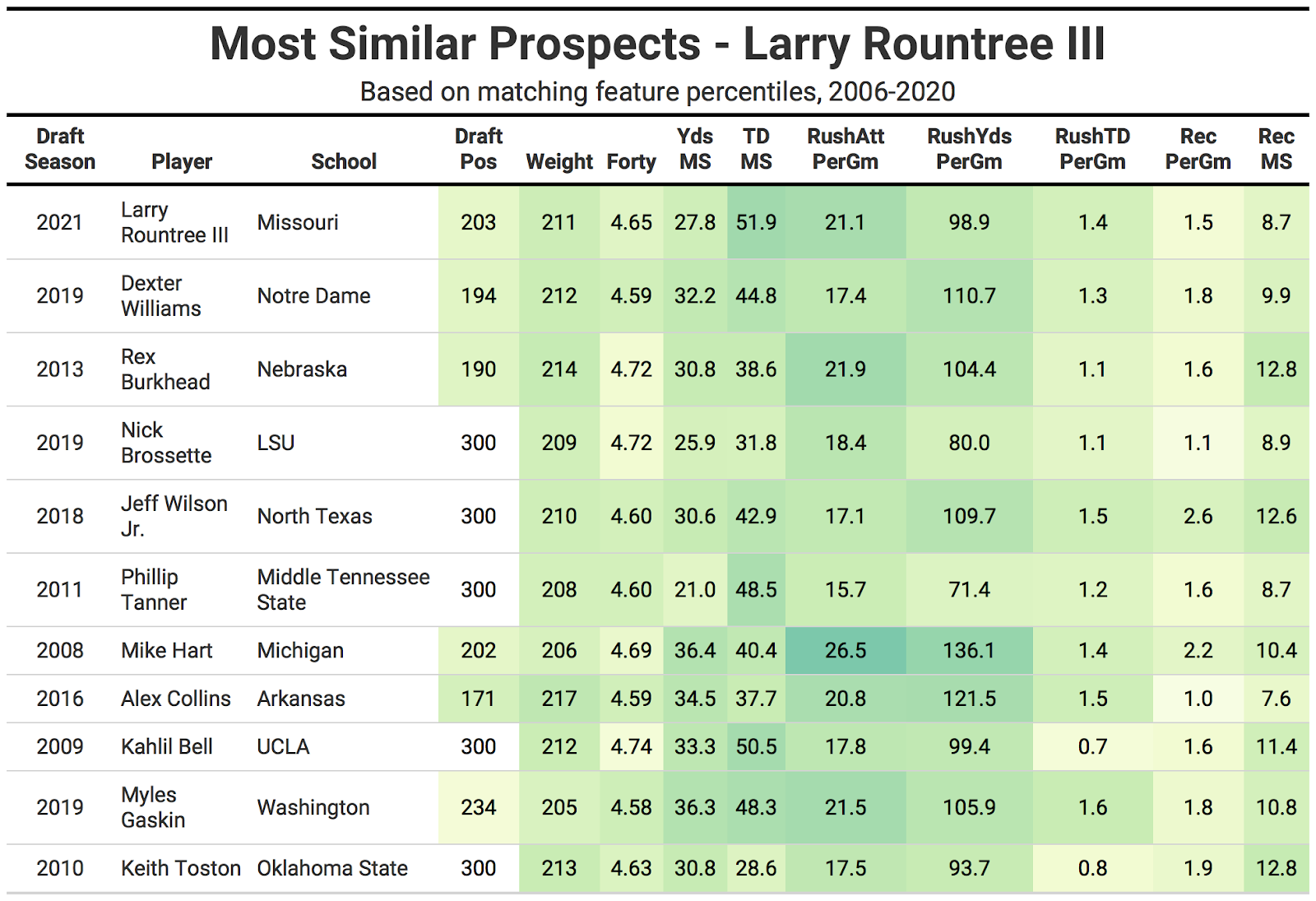