2021 NFL Draft Comps: Mississippi State RB Kylin Hill has the requisite size to handle a larger workload if given the opportunity

Knoxville, TN, USA; Mississippi State Bulldogs running back Kylin Hill (8) runs the ball during the second half of a game against the Tennessee Volunteers at Neyland Stadium. Mandatory Credit: Bryan Lynn-USA TODAY Sports

The comps below were derived from a two-step process. First, I converted all the most statistically relevant stats and measurables to percentiles based on the thousands of prospects who have entered the NFL since 2006 at each position. Then, I filtered the total universe of past prospects by those who had draft positions, weight and 40 times within a 10th percentile in either direction of Kylin Hill. For undrafted players, I assigned a numerical draft position of 300.

For Hill's draft position, I’m using an estimate based on the mock data collected at GrindingTheMocks.com. For the weight and 40 time, I’m using the numbers from his pro day, with a 0.03-second penalty added to the 40 time to reflect the uncertainty of pro-day timed measurements.

Hill isn’t a workout warrior, as evidenced by his 4.51-second 40-yard dash time at 214 pounds. Still, his explosion drills were strong, with a 36-inch vertical and 10-foot-3 broad jump (68th and 7th percentile, respectively).

Hill wasn’t a big-play specialist, but he showed the ability to separate from higher-level competition at the collegiate level. 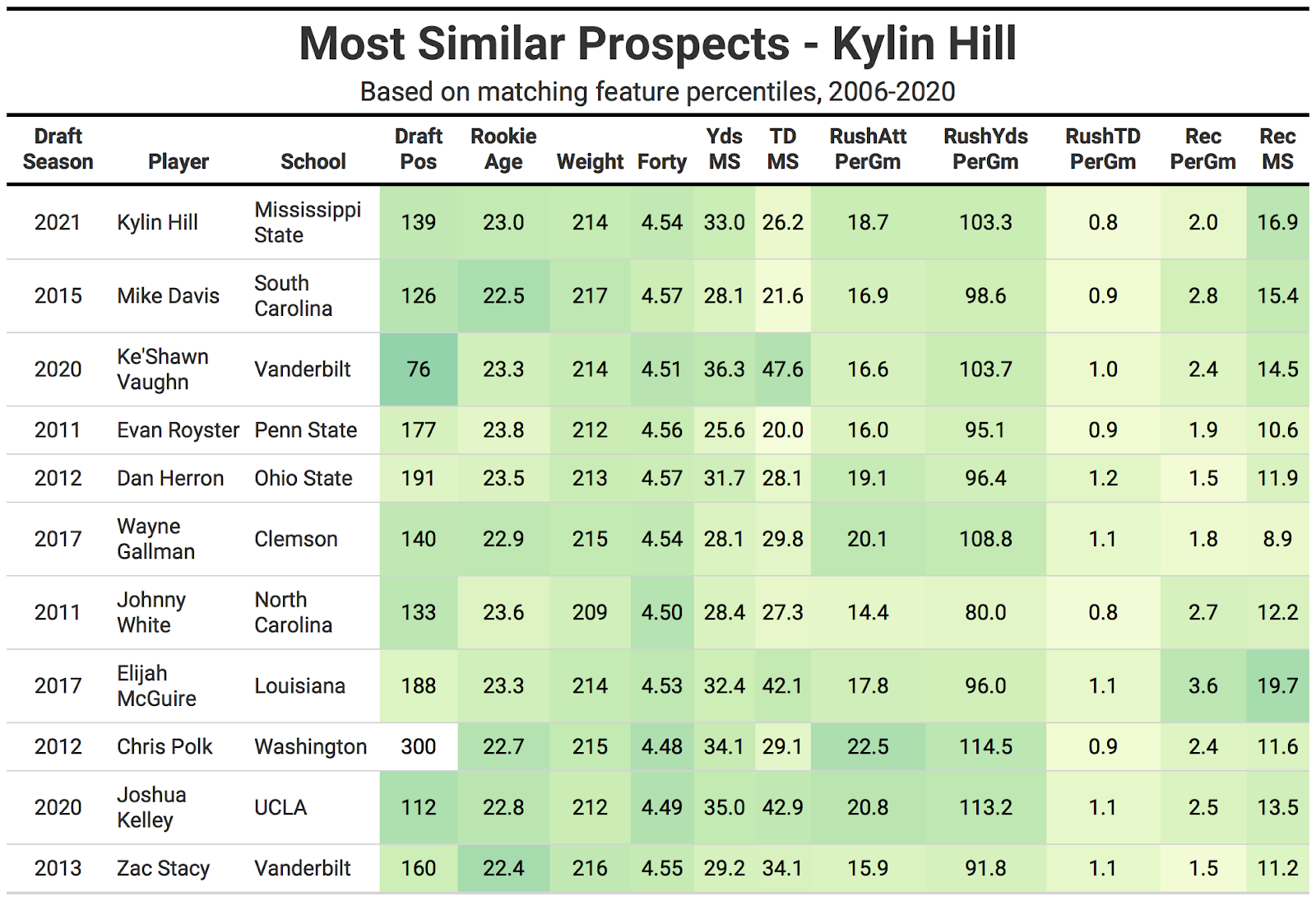 Hill’s stats are almost universally in the mid-range of the historical outcomes, with touchdown share being the lowest relative stat. He isn’t a particularly big back, at 214 pounds, but he has the requisite size to handle a larger workload if given the opportunity.