This is part of a series of articles comparing the 2021 draft prospects to prior years and picking out the most similar comps with a clearly delineated and quantifiable method. This series specifically looks at running backs and wide receivers ranked in our top-200 prospects.

The comps below were derived from a two-step process. First, I converted all the most statistically relevant stats and measurables to percentiles based on the thousands of prospects who have entered the NFL since 2006 at each position. Then, I filtered the total universe of past prospects by those who had draft positions, height, weight and 40 times within a 10th percentile in either direction of Ihmir Smith-Marsette. For undrafted players, I assigned a numerical draft position of 300.

The rest of the matching features were transformed by principal component analysis (PCA). I found the closest statistically comparable players by the euclidean distance between the players' principal components, listed in the top 10 below.

For Smith-Marsette’s draft position, I’m using an estimate based on the mock data collected at GrindingTheMocks.com. For weight and 40 time, I’m using the numbers from Smith-Marsette’s pro day, with a 0.03-second penalty added to the 40 time to reflect the uncertainty of pro-day timed measurements.

Smith-Marsette put on a show at the Iowa pro day, running the 40-yard dash in 4.43 seconds, hitting 37 inches in the vertical, 10-foot-4 in the broad and coming in at an even 7.0 seconds for the three-cone drill.  Athleticism is less important for projecting wide receiver success, but it can have a major impact on draft position. Smith-Marsette could see his draft stock rise following these results. 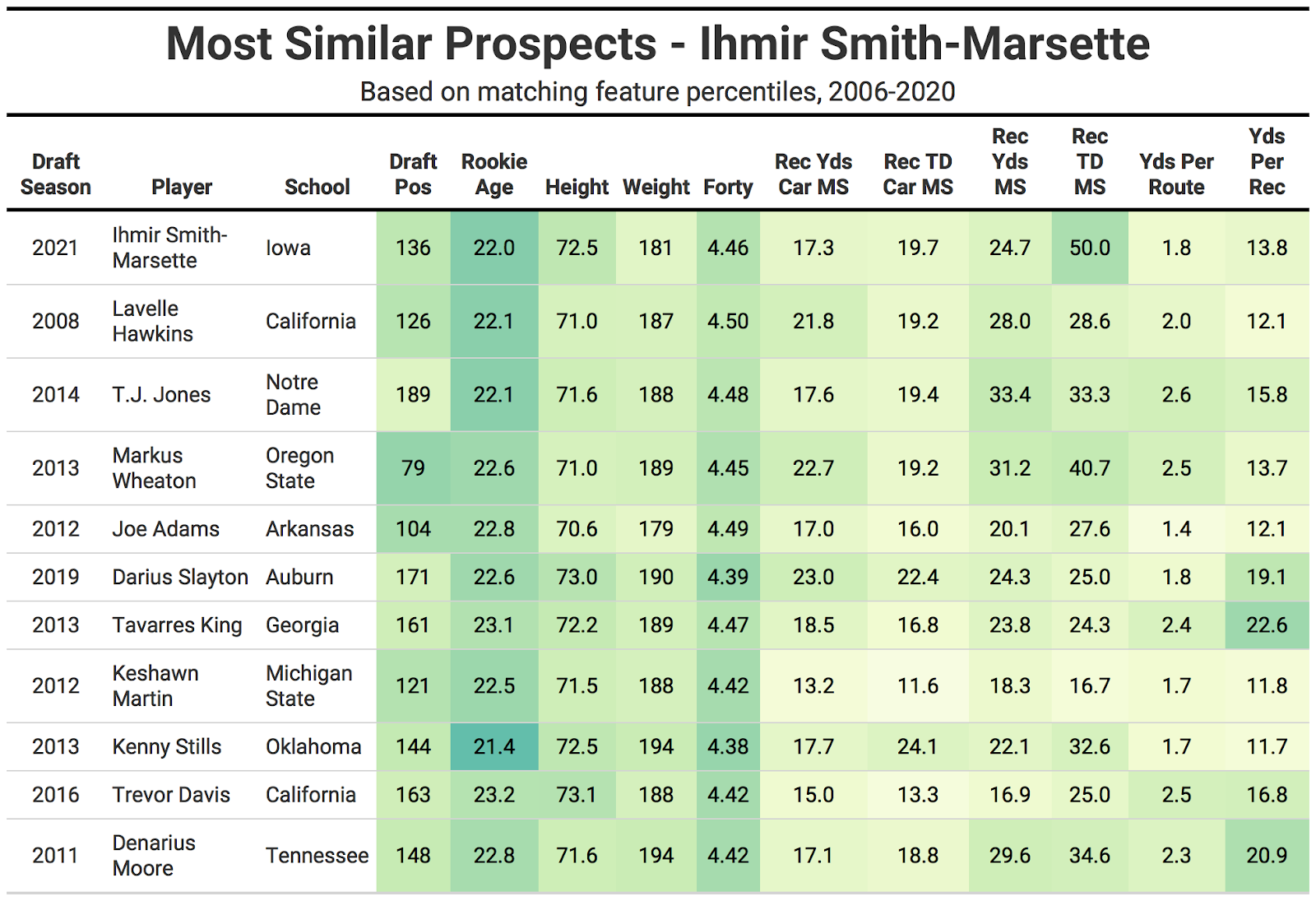 It’s not all bad for Smith-Marsette’s comps, but not great, either. Darius Slayton and Kenny Stills have been positive surprises as later-round picks, while Denarius Moore had a strong rookie year and then a couple more good seasons before fading away.