It was an old-school battle of running games, defenses and field position as the Florida Gators came out on top, 13-6, against Mississippi State. Florida thwarted a game-tying drive with a sack of quarterback Nick Fitzgerald, moving the Gators to 4-1 on the season.

This Florida recap is brought to you by Eckrich, the Official Smoked Sausage of the Florida Gators.

In a game where every yard mattered, Florida used versatile playmaker Kadarius Toney on two key runs for 21 yards, but most importantly, they turned to Toney for the only touchdown of the game as he hit TE Moral Stephens on a 20-yard pass on a trick play.

Beyond Toney’s work, it was RB Lamical Perine who ran the ball most efficiently for Florida, picking up 33 of his 55 yards after first contact and forcing a missed tackle on his 10 carries. WR Trevon Grimes caught all four of his targets for 34 yards, however, 41 of them came after the catch as his work came on screen passes and he did a fine job of keeping Florida’s offense on schedule. Grimes posted the top grade on offense at 82.6 overall. 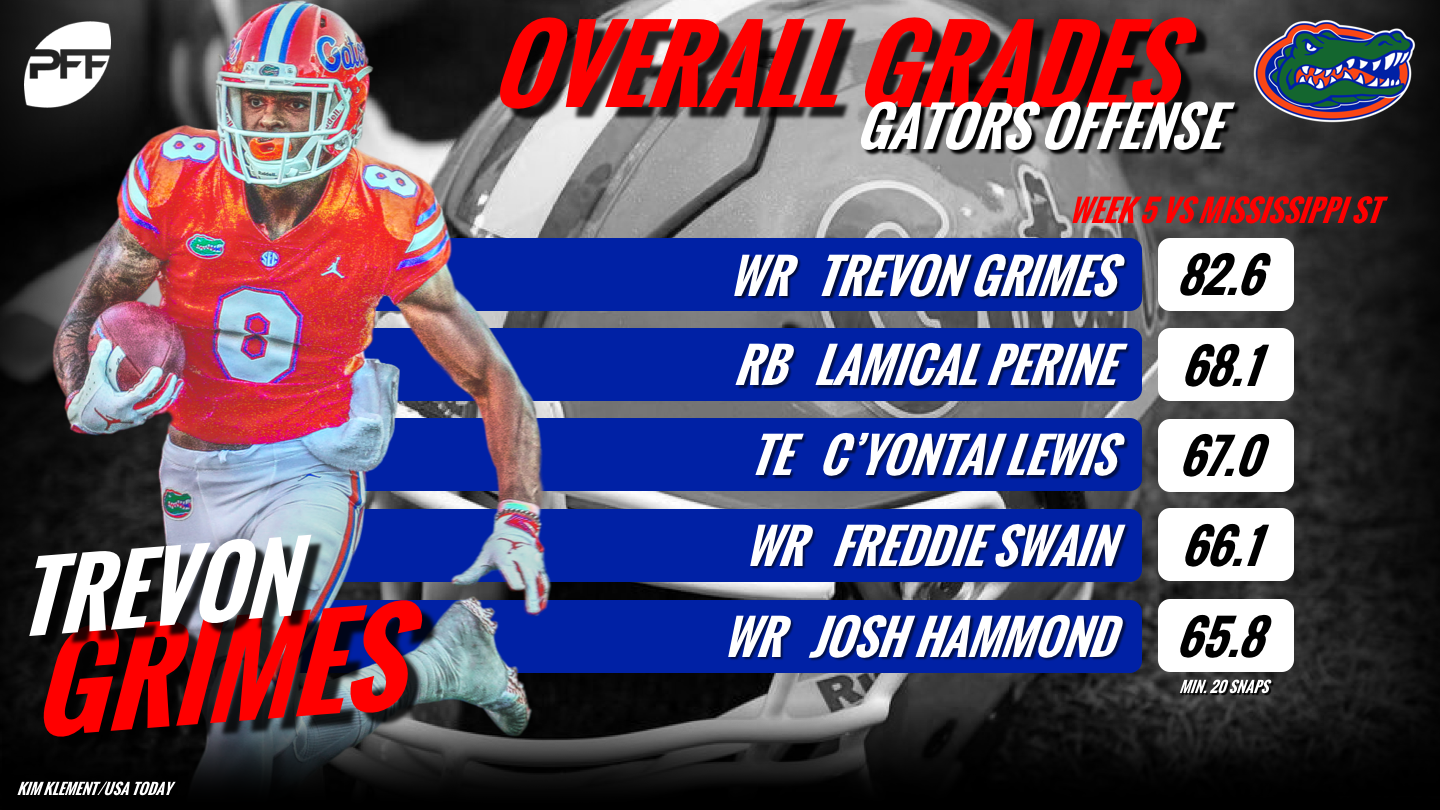 QB Feleipe Franks finished 22-for-31 for 219 yards on the night while going 10-for-12 for 80 yards on passes thrown behind the line of scrimmage. He did complete a number of key throws at the intermediate (10-19-yard) level, as he finished 5-for-7 in that range.

Defensively, linebacker Vosean Joseph paced the way for Florida with an 80.5 overall grade as he tied for the team-high with three stops and added a sack, QB hit and a hurry while rushing the passer. The edge defender continued his breakout season with a team-high five pressures (one sack, two QB hits, two hurries) on 23 rushes, while safeties Shawn Davis and Brad Stewart were flying around the field all night and they finished with identical 75.1 overall grades. The duo did not allow a reception into their primary coverage on five targets while breaking up one pass apiece. 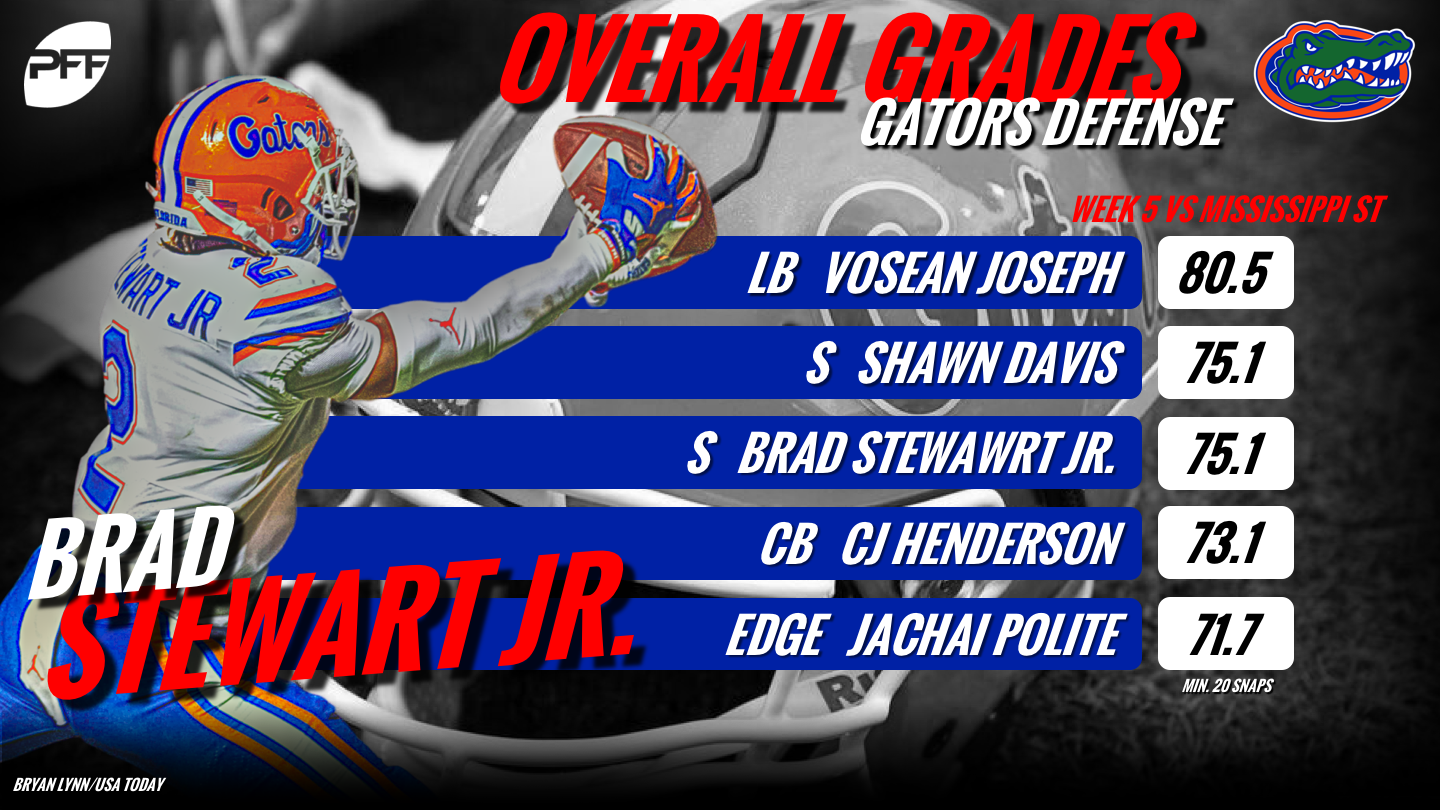 For Mississippi State, QB Nick Fitzgerald was under pressure on 14 of his 33 dropbacks and he completed on 2-of-8 attempts for 14 yards to go with four sacks. Fitzgerald had his usual moments as a runner, carrying 10 times for 49 yards (4.9 yards/carry) on designed runs while adding 14 yards on three scrambles, but Florida kept him from breaking any big plays.

The Bulldogs got a few strong performances on the defensive side, led by LB Erroll Thompson’s 83.0 overall grade.  He finished with team-highs in tackles (11) and stops (four) and he added two pressures and a pass breakup. Edge defender Montez Sweat had only two pressures on his 25 rushes, though one was a dominant sack, and interior defensive lineman Jeffery Simmons was held without a pressure for the first time this season while missing two tackles in the run game.