Ahead of rivalry week, it's common practice for teams to schedule a lesser foe, an FCS opponent perhaps. Week 12 was victim to that as we saw less than a handful of top-25 matchups across the board and even fewer SEC teams taking on quality opposition.

With inferior opponents on schedules, it's only natural that this past weekend would see some gaudy statistics and a plethora of standout performances. Week 12 seemed to be no better week than to highlight those standout performances to depict just how well those athletes who did take on a quality opponent fared against those who may have played down in competition.

This list of superlatives is brought to you by Eckrich, the Official Smoked Sausage of the College Football Playoff. 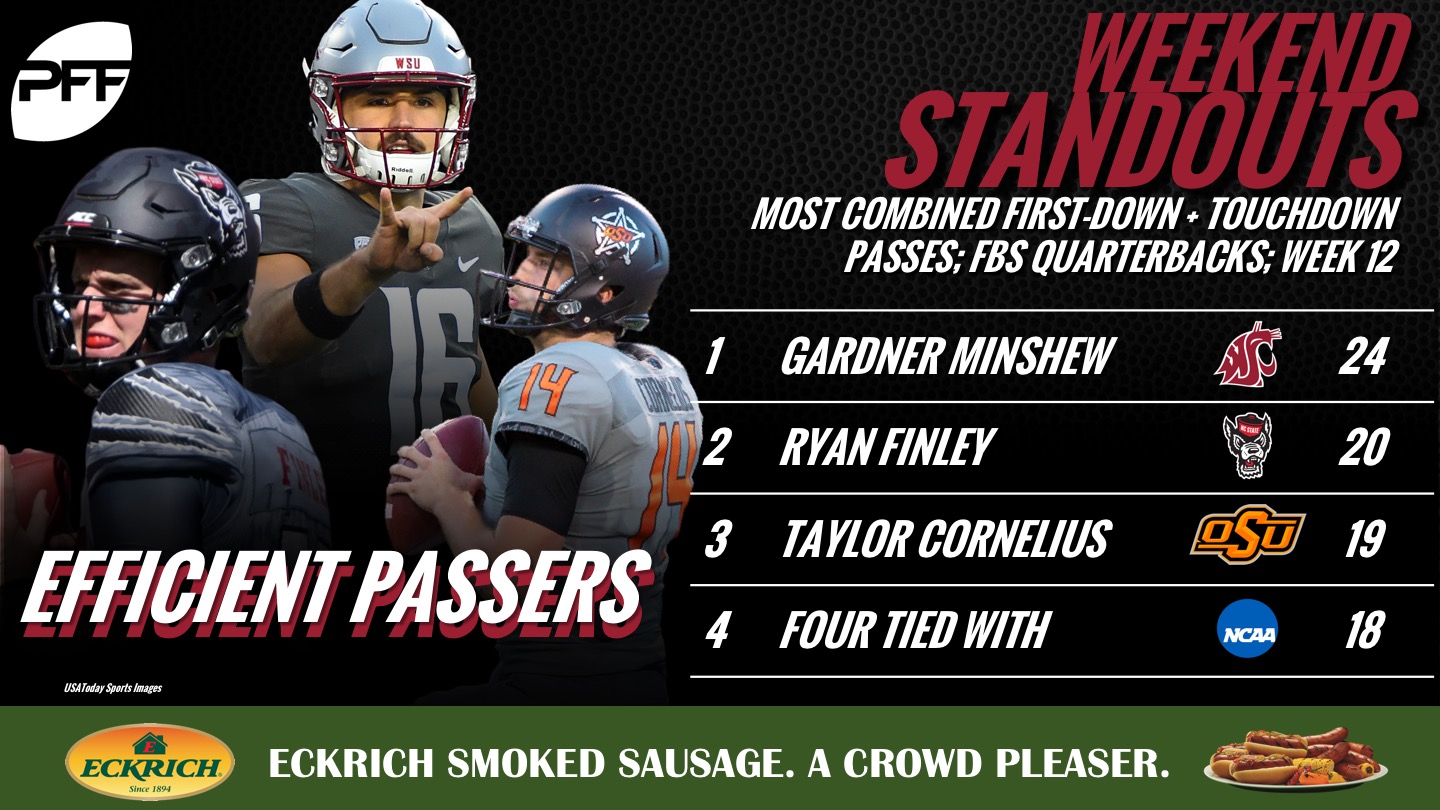 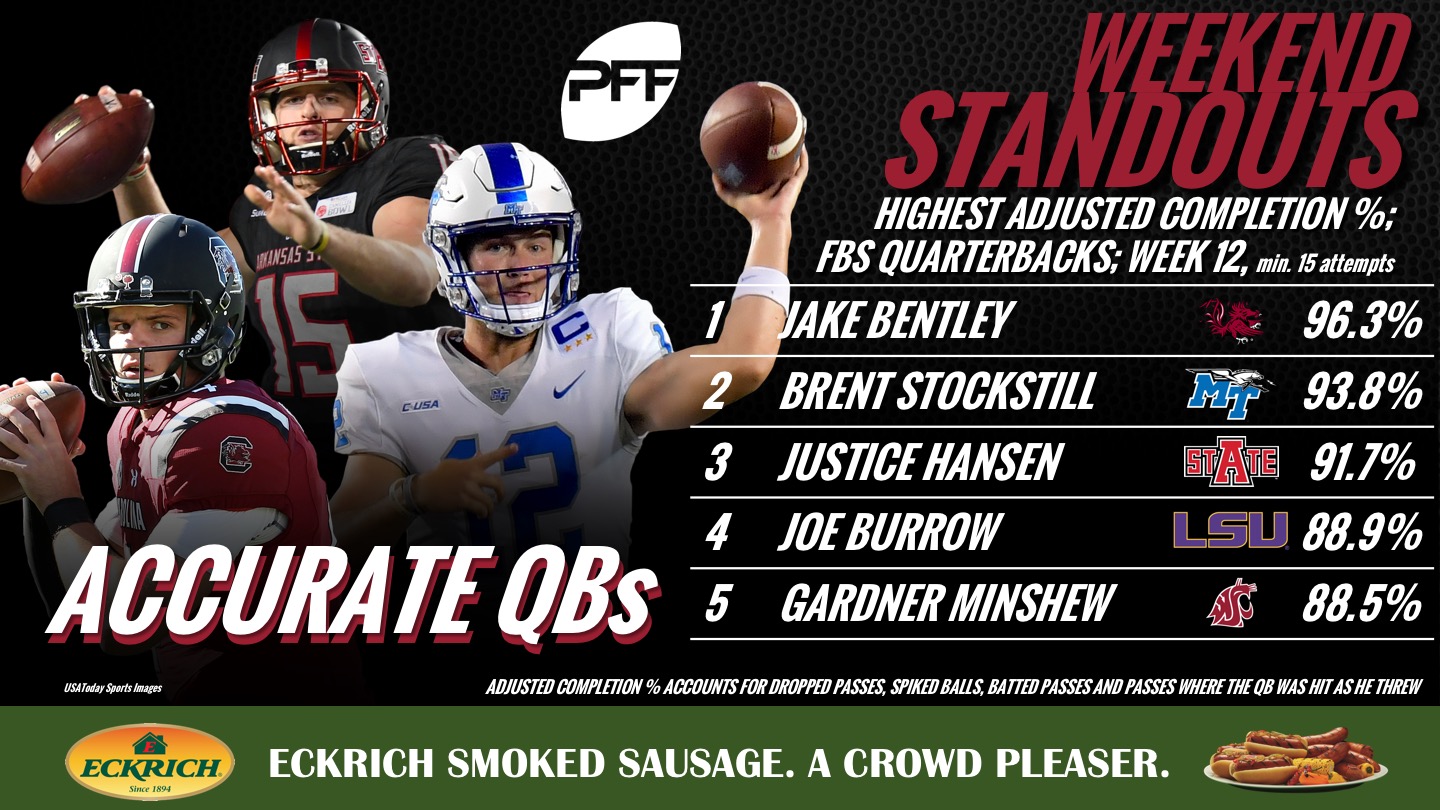 Most missed tackles forced on carries 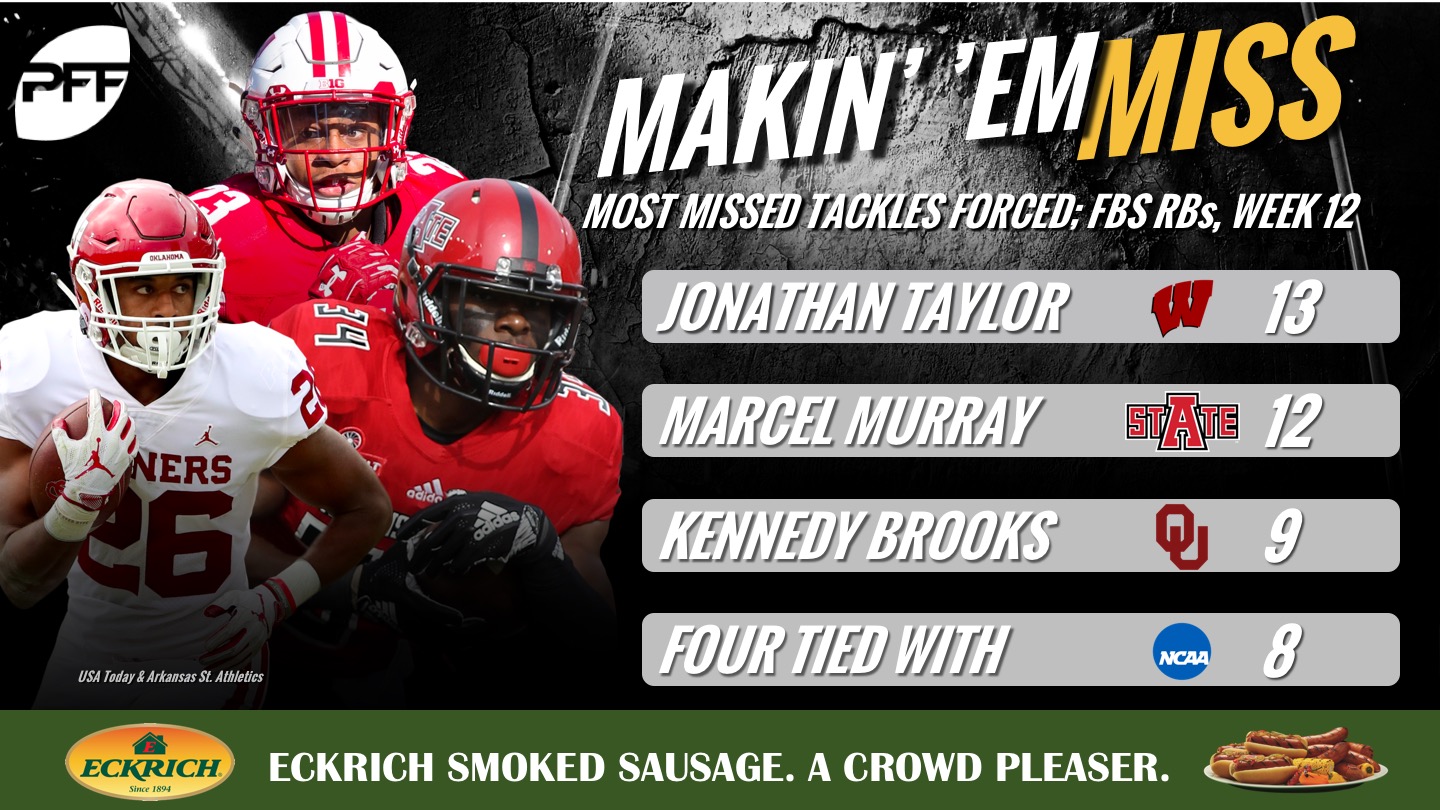 Most missed tackles forced after the catch 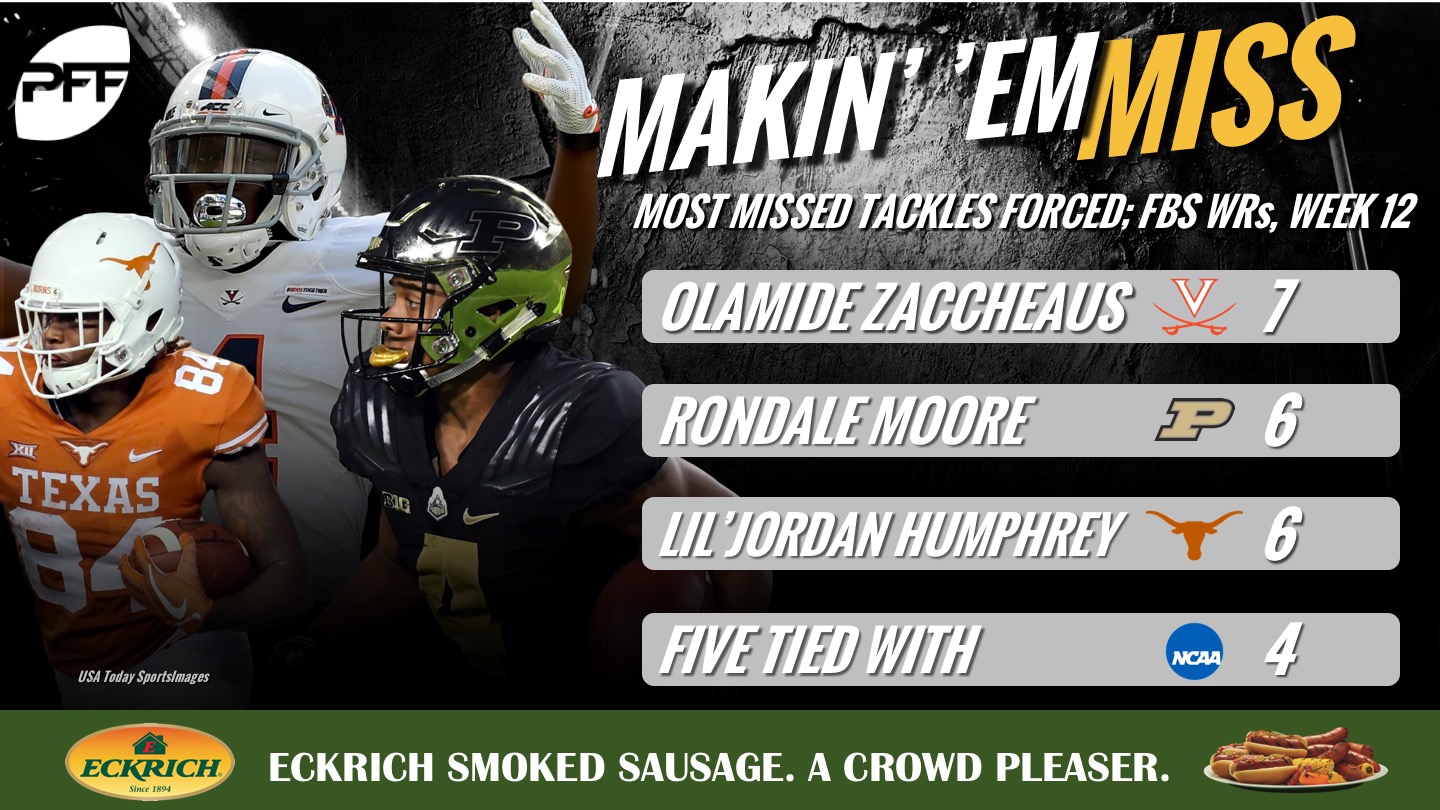 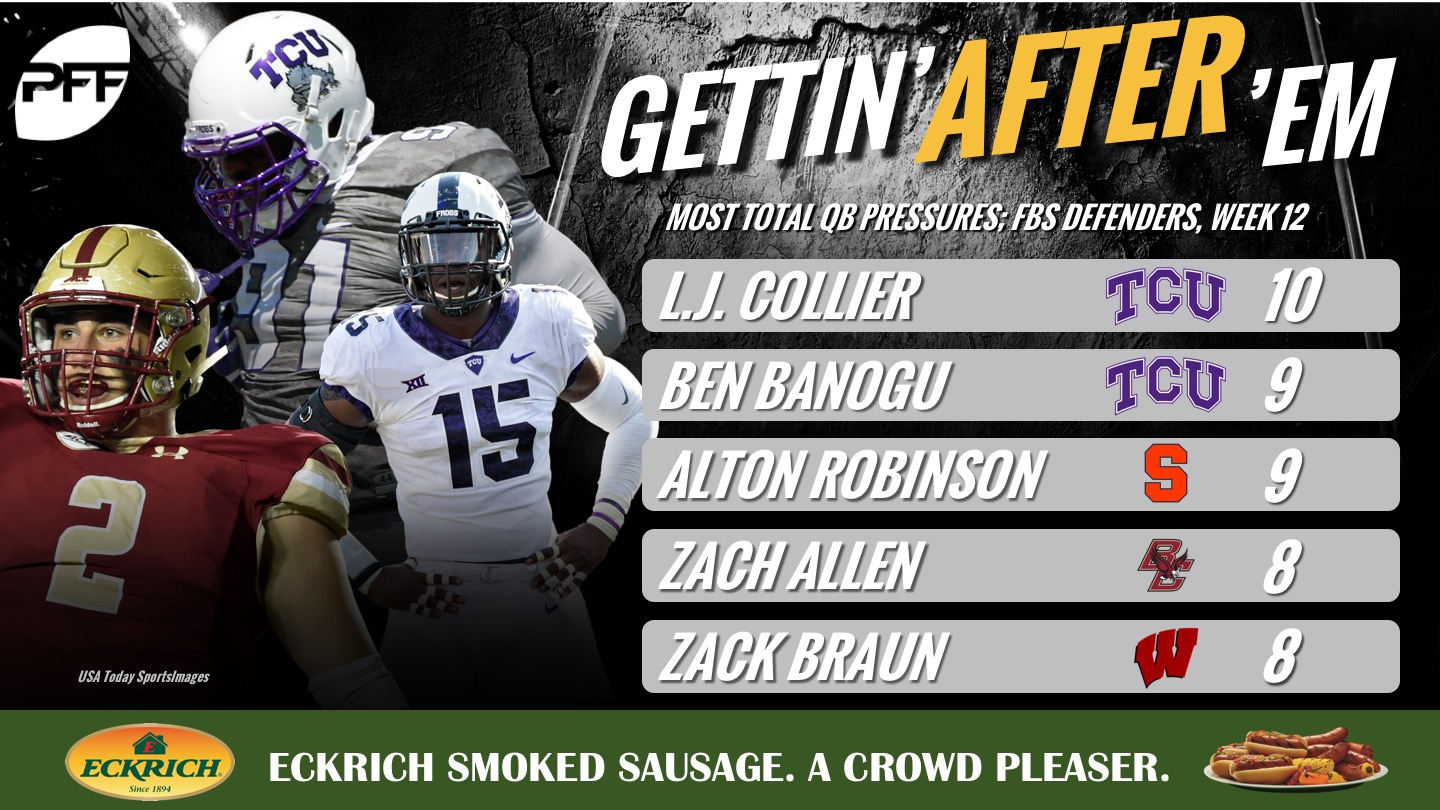