Beyond providing data for all 32 NFL teams, PFF also supports network broadcasters with game-preview packets that are used to enhance the in-game experience for fans and viewers. This Bears-Cardinals preview features the same information our broadcast partners use for team research and in-game production.

Bears second-year quarterback Mitchell Trubisky needs to take the next step in his career this season, and that starts with being more accurate with the football. In 2017, Trubisky ranked 27th in accurate throws and 23rd in perfect throws among qualifiers. 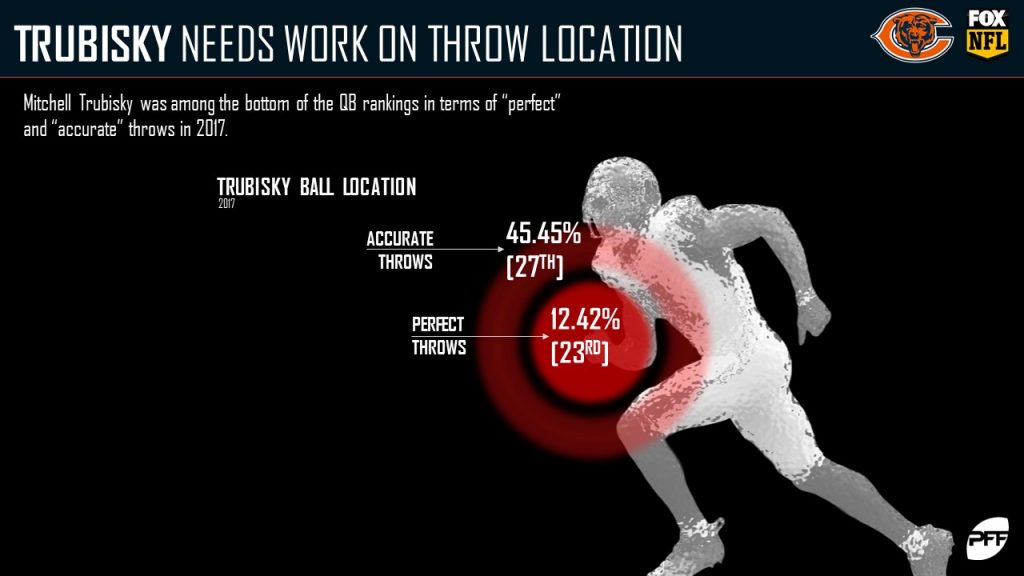 JORDAN HOWARD IN NEED OF A REBOUND

Bears' Jordan Howard ranked just 28th in rushing grade (66.5) and 42nd in elusive rating a year ago. The third-year back can't afford to let such ranks become the norm if he is to lead Chicago's rushing attack. 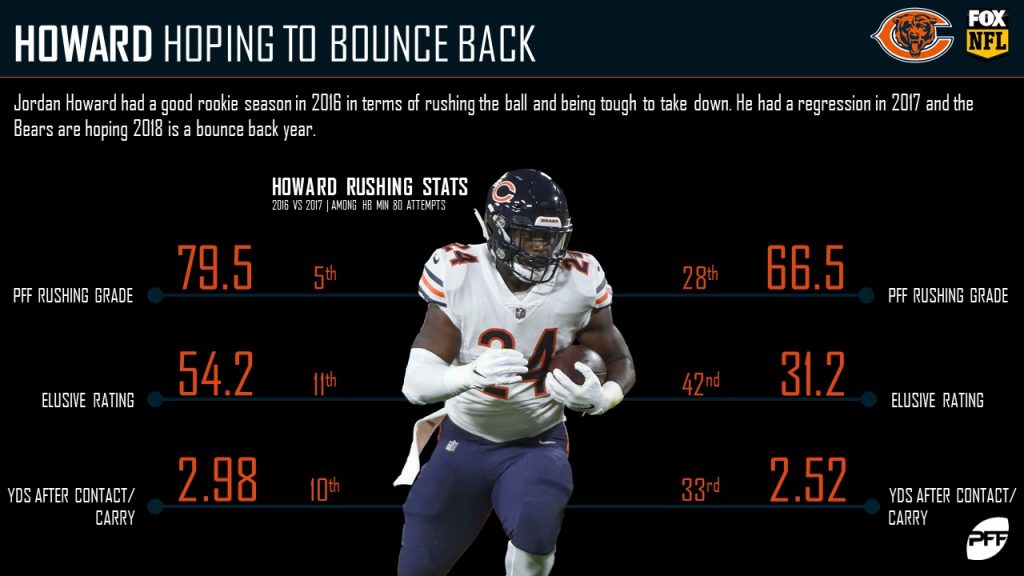 KHALIL MACK OFF TO A HOT START IN CHICAGO

Acquired via trade days before Week 1, Khalil Mack has changed the Bears' defense for the better in just two weeks. He is currently the second-ranked edge defender in overall grade (90.8) and has already recorded 12 total pressures. 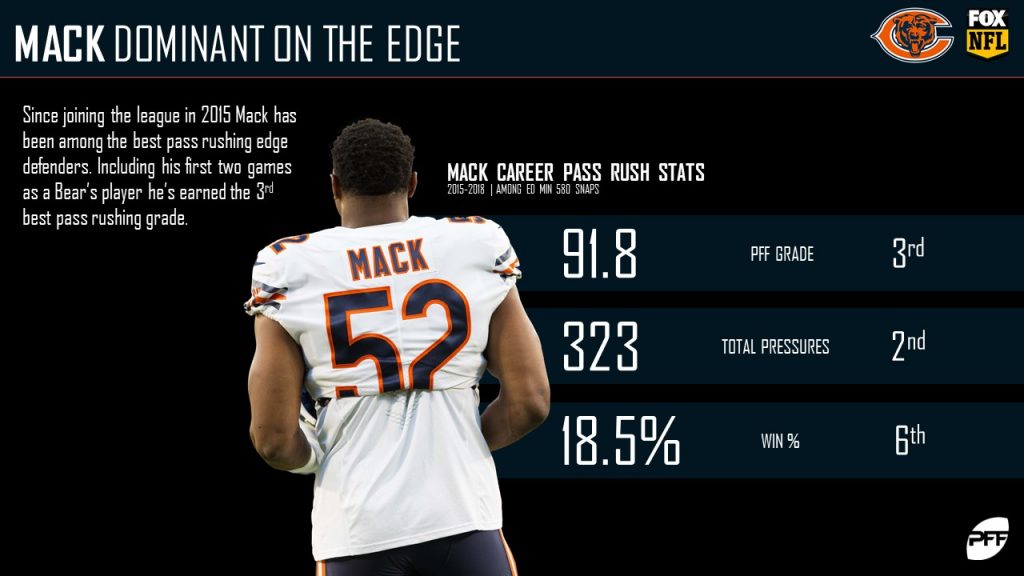 ADRIAN AMOS IS ON THE VERGE OF ELITE STATUS

After earning an elite 90.9 overall grade in 2017, Bears safety Adrian Amos is heading in that direction again with a solid 77.2 overall grade through two weeks. 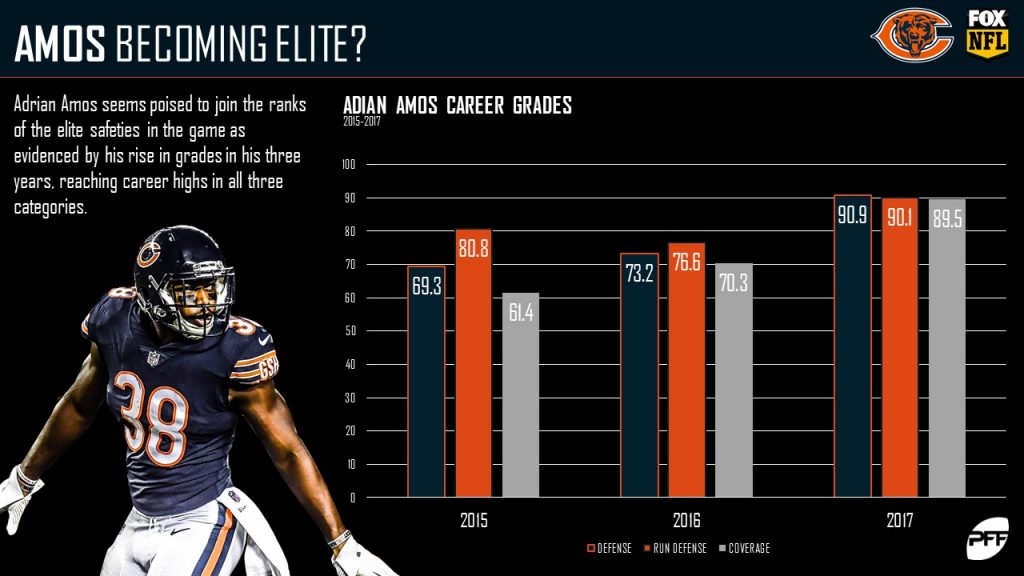 DAVID JOHNSON IN NEED OF RESURGENCE AFTER INJURY

To put it simply, Cardinals star running back David Johnson hasn't looked the part since returning from his season-ending injury in 2017. He has earned just a 50.2 overall grade across 71 offensive snaps this season, failing to return to his 2016 form. 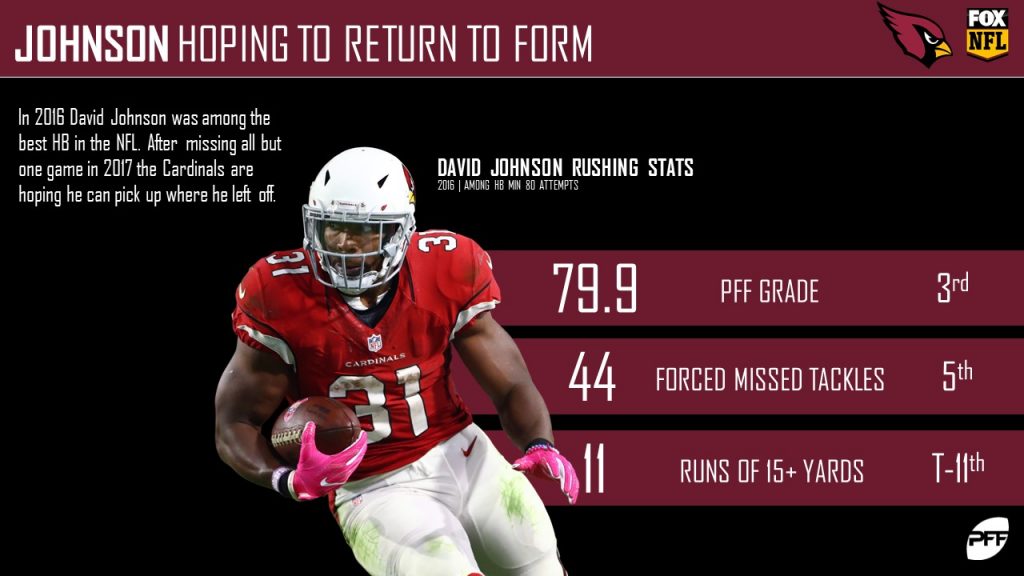 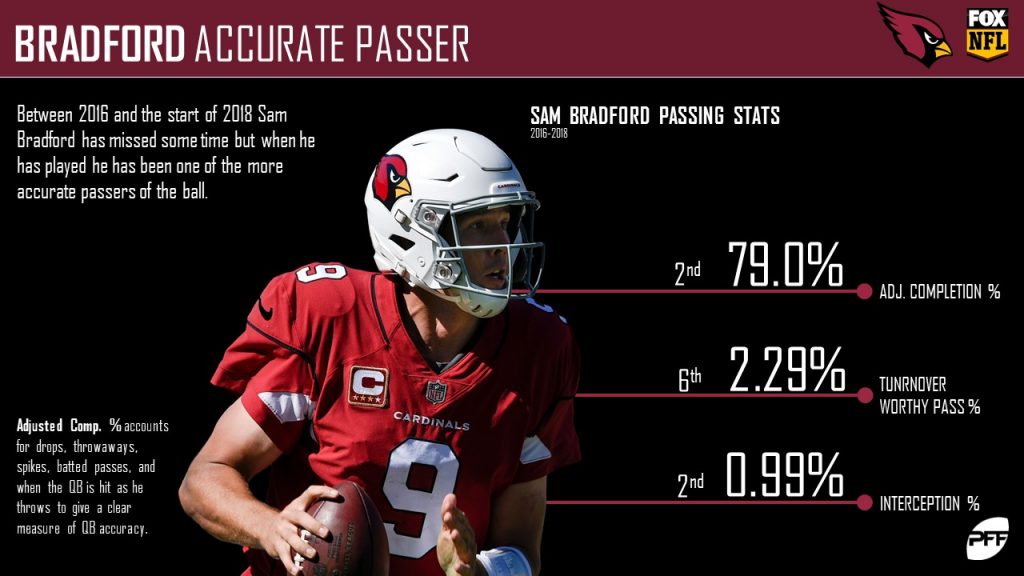 COREY PETERS LIVES BEHIND THE LINE OF SCRIMMAGE

Cardinals nine-year veteran defensive interior Corey Peters made first contact at or behind the line of scrimmage 50.0 percent of the time he was the first defender to make contact with the ball carrier. 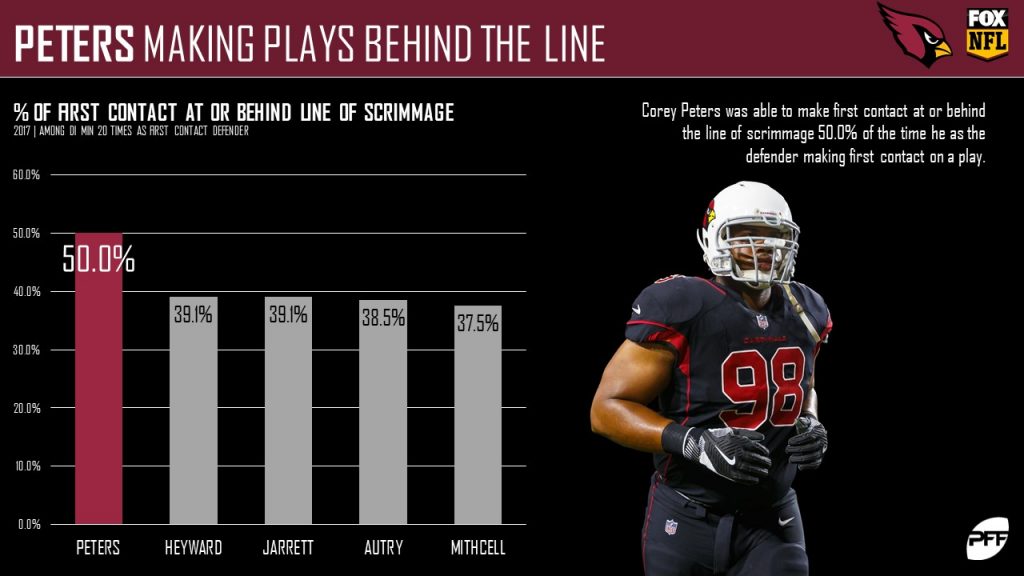 Cardinals' Patrick Peterson has come out of the gates on fire, as he is tied for fourth in coverage snaps played per reception allowed (35.5) through two games this season. 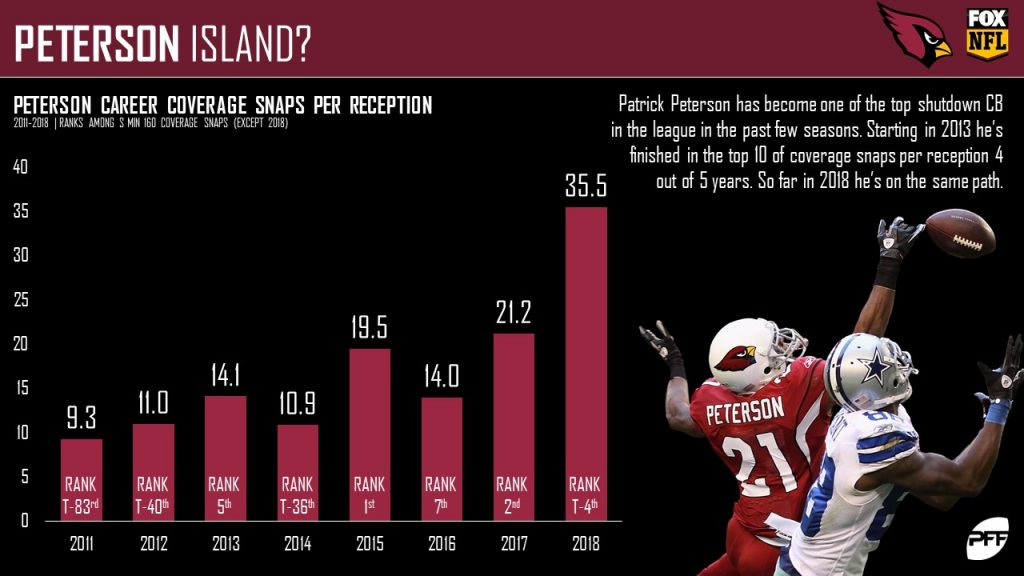 PFF Greenline has projections for the spread, moneyline and over/under of the Chicago Bears' matchup with the Arizona Cardinals. Get its picks here.