GLENDALE, AZ - OCTOBER 15: Running back Adrian Peterson #23 of the Arizona Cardinals steps up to the line of scrimmage during the first half of the NFL game against the Tampa Bay Buccaneers at the University of Phoenix Stadium on October 15, 2017 in Glendale, Arizona. The Cardinals defeated the Buccaneers 38-33. (Photo by Christian Petersen/Getty Images) 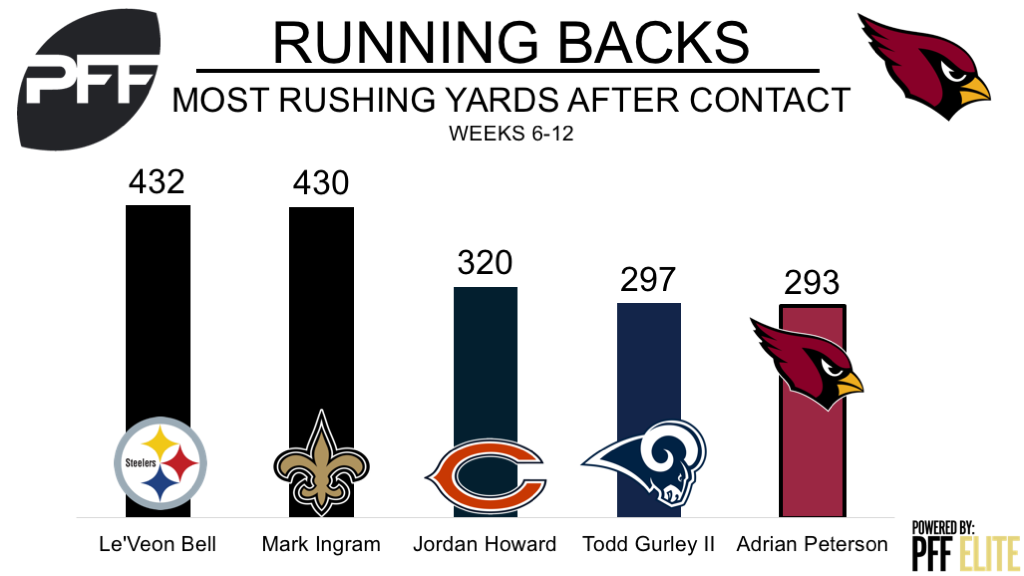