The Los Angeles Chargers defeated the Baltimore Ravens, 23-17, in the Wild Card round of the playoffs. 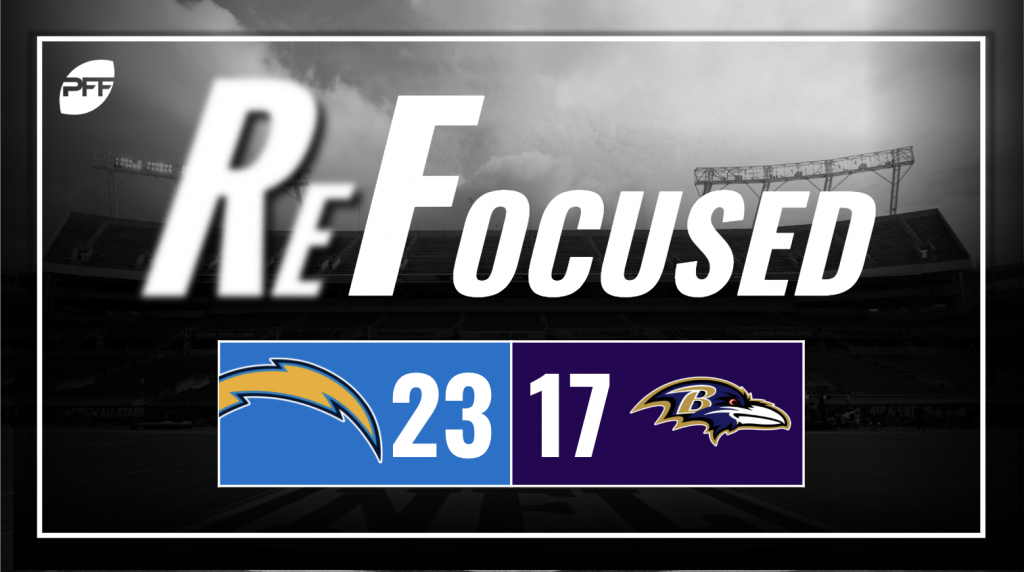 Rookie interior defensive lineman Justin Jones had to replace veteran Brandon Mebane in the middle of the Chargers' defensive line, and the rookie certainly rose to the occasion. Jones played plenty of snaps and made an impact, as well. The rookie was tough to block on run plays for the Baltimore offensive line and, he also made plays rushing the passer, including his sack on Lamar Jackson.

Veteran edge defender Melvin Ingram III had a spectacular game against the Ravens. He was the best Chargers defender on the field. While Ingram made plenty of plays rushing the passer and even sacked Jackson twice, and he was even more impressive against the run. His play was a huge reason why the Ravens could not get anything going on the ground.

Philip Rivers didn't light up the stat sheet but still played an effective game. The veteran QB hit his target on close to 80% of his throws and made a clutch big-time throw with just over two minutes to go in the third quarter to set up Los Angeles' only touchdown of the game.

The Chargers' offensive line as a whole had a good day in pass protection against a strong Ravens pass rush. They were especially good in the interior where Dan Feeney, Michael Schofield and Mike Pouncey put up close to a clean sheet in pass protection.

Jackson had a mixed afternoon in his first playoff start. He had a disastrous start, fumbling twice on Baltimore's first two drives and struggling to push the ball downfield  through the air, as well. However, he did show potential in the fourth quarter, as he attempted an improbable comeback and drove the Ravens down the field multiple times.

The Ravens' offensive line struggled to block the quick front seven of the Chargers in Sunday's Wild Card matchup. The line could not really provide room for Baltimore's running backs, which had a big impact on the game with Baltimore's run-heavy offense.

Linebacker Patrick Onwuasor had a really nice game for the Ravens' defense. Onwuasor had success challenging Chargers running backs in pass protection, tallying a few pressures on the afternoon, and he had the biggest highlight for Baltimore's defense on the day, stripping Virgil Green for a fumble towards the start of the second half.

C.J. Mosley also had a solid overall game for the Baltimore defense, specifically in run defense where he recorded multiple stops. Mosley also held his own when asked to drop into coverage and was on the recovering end of the fumble caused by Onwuasor.

The Chargers took advantage of some good field position off of turnovers to build up a lead kicking field goals in the first half, and they strung together one touchdown drive; ultimately that proved to be too much for Baltimore to overcome with a rookie QB at the helm.

Jackson's struggles and turnovers in the first three quarters were too much for the Ravens and the rookie quarterback to overcome in the last 10 minutes of the game.