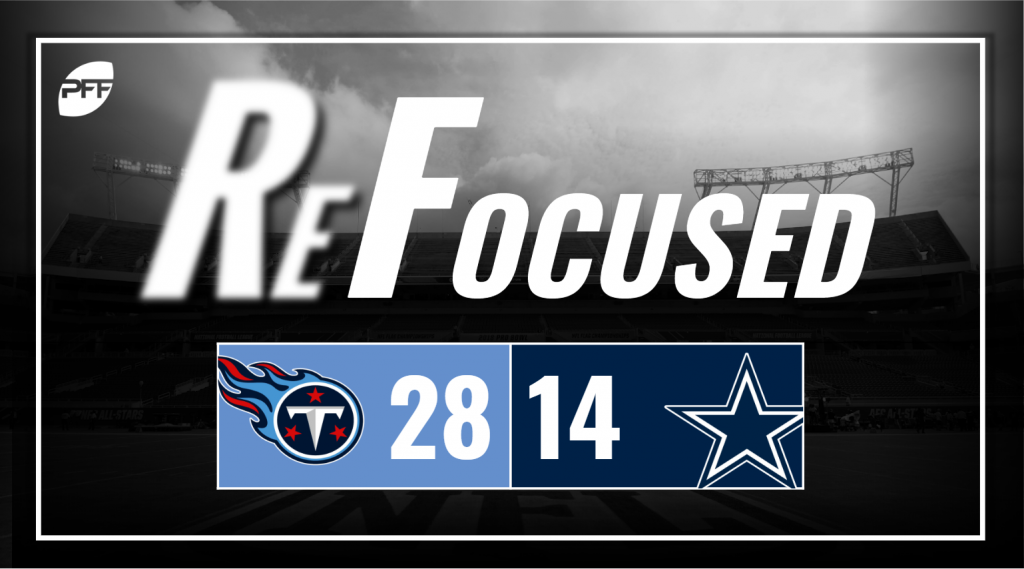 Rookie linebacker Rashaan Evans had one of his better games of the season, which isn't saying much given his slow start, but it's surely a step in the right direction for the former ‘Bama standout.

Marcus Mariota wasn't perfect, but he made plays on money downs and had a handful of strong throws on the night. He will likely look to build on this performance as Tennessee aims to keep their playoff hopes alive.

Zack Martin, as expected, was still his dominant self despite the Cowboys' offensive line woes. He continues to show he's one of the best in the league at the guard position.

Demarcus Lawrence flashed brilliance rushing off the edge, as he stripped Mariota on a picture-perfect sack early in the contest. He hasn't had the same production as a year ago, but he continues to shine bright for the Cowboys' defense.

Sean Lee exited the game early with a lower leg injury, pushing rookie Leighton Vander Esch into a larger role down the stretch. LVE has had better games this season, as he put together an up-and-down performance in relief of Lee.

Mariota was great when he needed to be, giving Tennessee the upper hand all night long.

Without any level of consistency in pass protection, Prescott & Co. struggled to get anything going on offense to compete with Mariota's Titans.