The Cleveland Browns defeated the Detroit Lions on Thursday evening, 35-17 continuing the fourth full week of preseason action in the NFL. 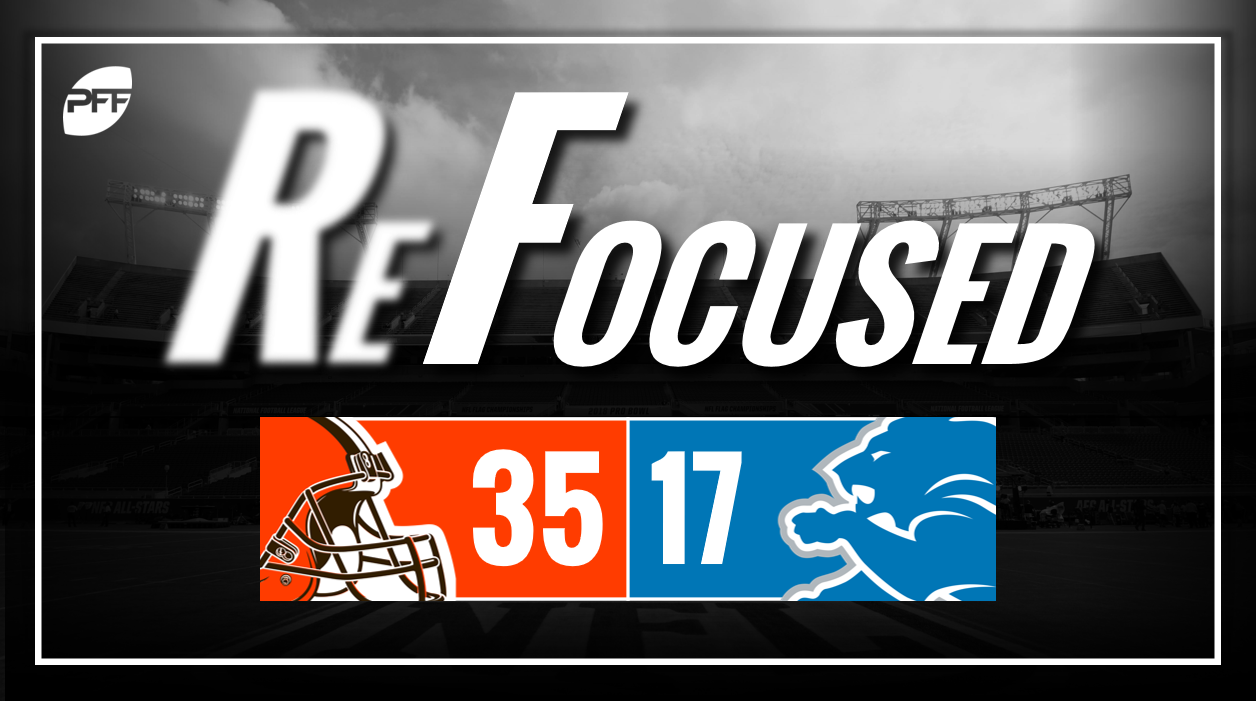 The Browns quarterbacks were solid tonight, but that was made possible by the great work that the offensive line did all game. They consistently opened holes in the ground game and kept the quarterbacks in clean pockets. A great example is the pocket that Brogan Roback had on his fourth-quarter touchdown pass.

The Browns running game showed some promise at times tonight. They popped off some nice runs, including a 42-yard carry by second-year running back Matthew Dayes. They also showed that they could power the ball into the end zone on Nick Chubb‘s touchdown run and on the two-point conversion that followed.

Missed tackles aside, the Browns defense was otherwise solid on the night, but fourth-year edge-defender Nate Orchard stole the show. He was tough to block in the passing game and capped off a great first half performance with an interception that he returned for a touchdown.

The Lions would have liked their passing game to finish the preseason on a better note. They consistently settled for checkdowns and were unable to move the ball through the air very effectively for most of the game. Combining the shaky quarterback and offensive line play with the multiple drops throughout the game, it's not hard to understand why they were down for the entire contest.

The offense did have one impressive fourth-quarter drive though. Teo Redding made a spectacular grab down the left sideline, despite the defender in coverage being flagged for pass interference. The offense capped off the drive with a nice end zone fade to Chris Lacy and he toe-tapped after making a nice catch to finish off the drive with a touchdown.

The Lions linebackers and secondary struggled against the ground game. They were caught overpursuing multiple times and allowed the Browns to pop off a couple of big runs. When they were in proper position, they struggled to finish many plays and racked up a fair amount of missed tackles.

Cleveland: The quarterbacks had an impressive night to cap off the preseason. Both signal-callers were pushing the ball down the field and didn't make any turnover-worthy throws.

Detroit: The Lions offensive line struggled throughout the entire game. The quarterbacks were under pressure often and were unable to move the offense effectively. They also struggled to run-block well and made Dwayne Washington earn every yard he gained.