The Kansas City Chiefs defeated the Indianapolis Colts, 31-13, in theDivisional Round of the playoffs. 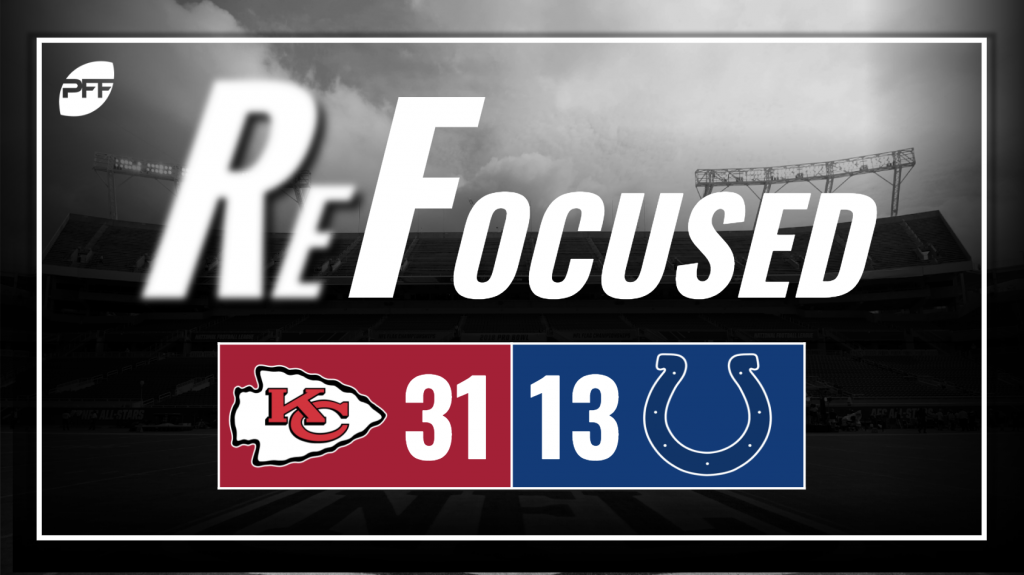 The Chiefs' offense was supposed to be a big-play machine but against the Colts, they moved the ball down the field drive after drive on the back of quick, short passes. Patrick Mahomes‘ 278 yards passing were fueled by underneath throws and a lot with the RPOs.

Travis Kelce was to dominant for the Colts to slow down. Anytime the Chiefs went to Kelce, he made plays. Nearly half of his yards came after the catch, and he moved Colts linebackers in the run game to open up lanes for running back Damien Williams.

After struggling during periods of the regular season, the Chiefs' defense completely dominated the Colts in the first half, holding them to only 91 yards. Charvarius Ward was impressive in coverage, getting his hand on a few passes and shutting down T.Y. Hilton when tasked with covering him.

The combination of Dee Ford and Chris Jones was vital in the Chiefs' win. Jones notched three batted passes and Ford forced a critical fumble on a strip-sack of Andrew Luck. The veteran Justin Houston also played well, recording two sacks and a batted pass.

The Colts' defense struggled to adjust to the quick passing game of the Chiefs and failed to establish any consistent pass rush of note even though the Colts recorded four sacks. The Colts had some success sending Kenny Moore as a blitzer in the second half, but a majority of the Colts' pressure was only generated because Mahomes was holding the ball while looking deep.

When the Chiefs went to the run game, especially in the second half, the Colts were found wanting. Williams ran all over the Colts working as the focal point of the Chiefs' outside zone rushing attack.

It was a miserable start for the Colts' offense after four consecutive three-and-outs to begin the game and a total of 19 plays for 91 yards in the first half. Luck was not as accurate as he typically is, under throwing his receivers on a few occasions, but he was at his best when the offense elected to go up-tempo. Luck ended the contest completing 19-of-36 passes for 203 yards.

The Colts, who have had a strong rushing attack for most of the season, were held to 87 yards against Kansas City. Indy fell behind early and essentially abandoned it after playing catch up most of the game. Marlon Mack found space on a few occasions, though, racking up 46 yards on nine carries.

The Chiefs dominated the game from the start, getting off to a 17-0 lead the Colts could never overcome.

The first half spelled doom for the Colts, as they went three and out on each of their first four drives of the game. Luck struggled with accuracy more than usual, and the Chiefs' pass rush proved effective enough to impact the game, giving them confidence heading into next week's AFC Championship.