NEW YORK, NY - DECEMBER 28: Austin Carr #80 of the Northwestern Wildcats breaks a tackle by defensive back Reggie Mitchell #15 of the Pittsburgh Panthers during the first half of the New Era Pinstripe Bowl at Yankee Stadium on December 28, 2016 in the Bronx borough of New York City. (Photo by Adam Hunger/Getty Images)

The 2017 NFL draft is complete, and it seems clear that slot receiver is still a position that’s undervalued by most NFL teams. The Patriots have long capitalized on this market inefficiency, and may have done so again by signing former Northwestern WR Austin Carr to an UFDA contract. 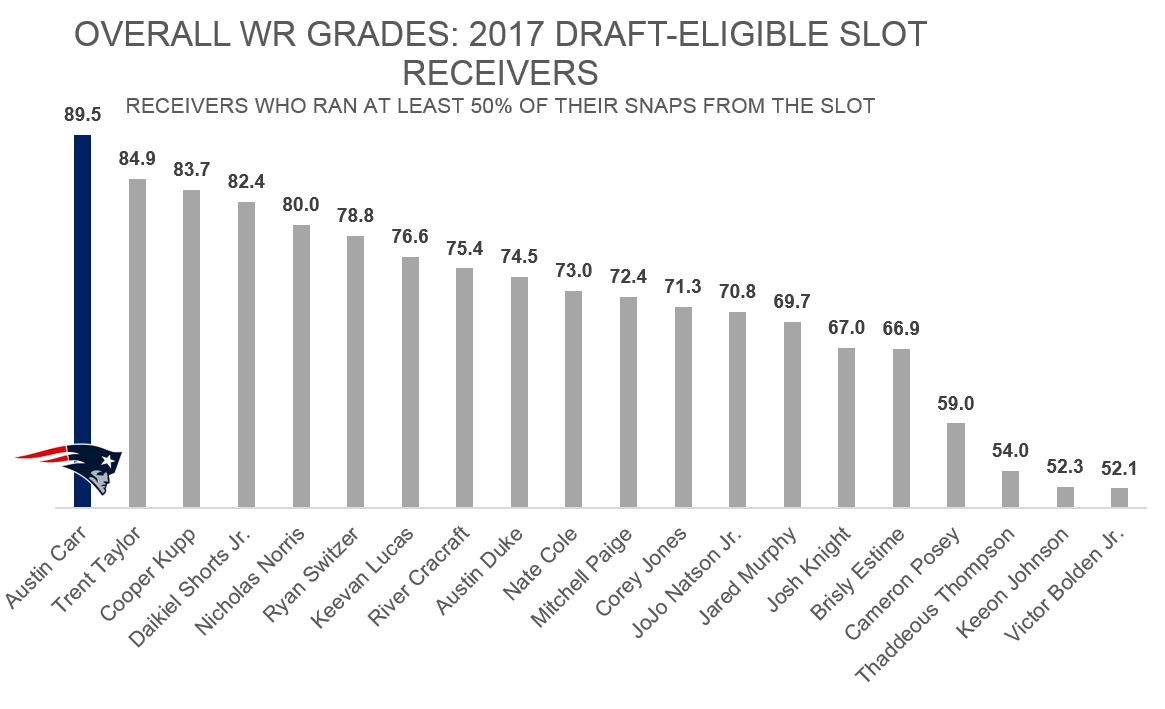