Beyond providing data for all 32 NFL teams, PFF also supports network broadcasters with game-preview packets that are used to enhance the in-game experience for fans and viewers. This Jets-Bears preview features the same information our broadcast partners use for team research and in-game production.

Sam Darnold has not been afraid to air it out when targeting Robby Anderson. Anderson’s 19.7 average depth of target trails only Ravens John Brown (20.6). His three deep passing touchdowns are tied for second-most in the league. 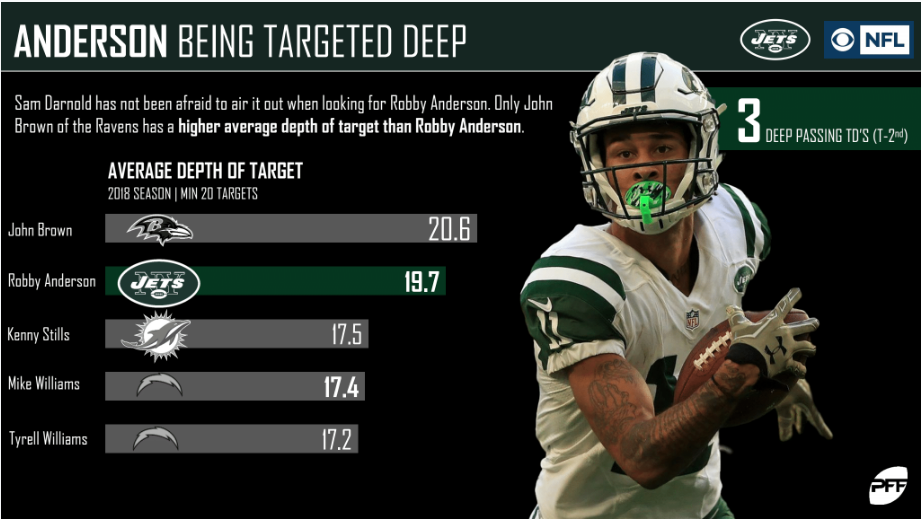 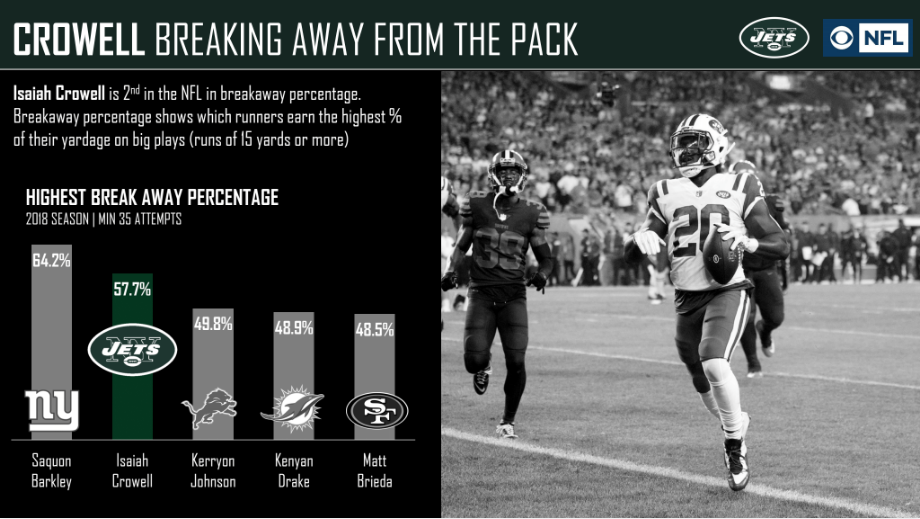 The Jets have done an excellent job limiting chunk plays in the run game this season. Their 7.9 missed tackled percentage on rushes is the third-best mark in the NFL, and is nearly twice as good as the NFL average (14.3). 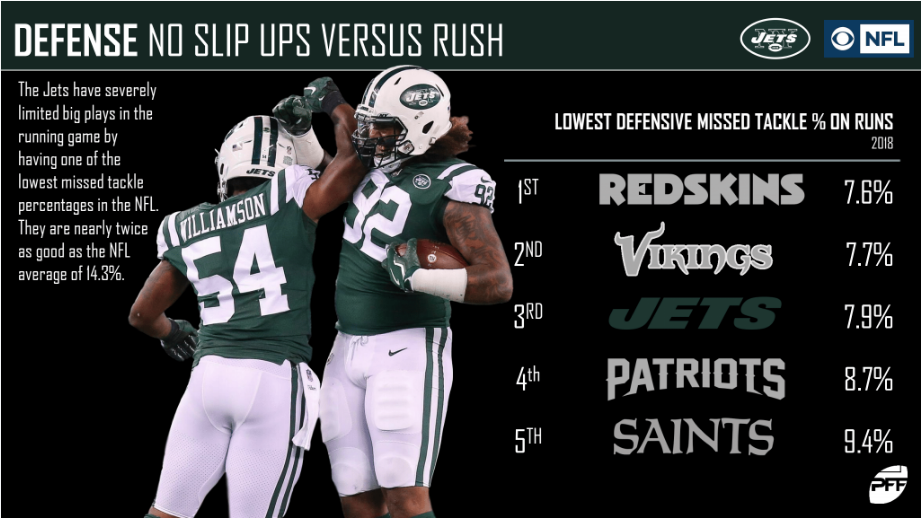 A large reason why the Jets defense has performed so well against the run has been the play of second-year player Jamal Adams. Adams has been a force, totaling 16 run stops, the most among safeties this year. 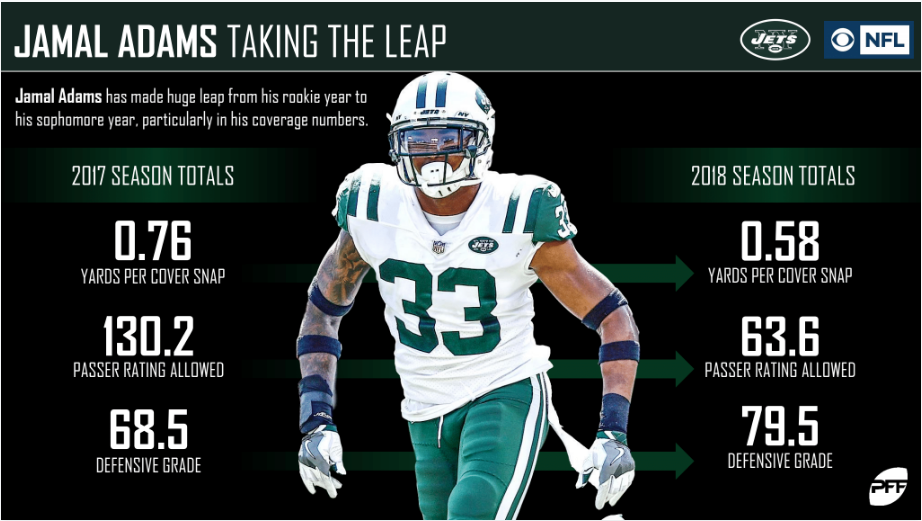 Trubisky emerging as a dual threat

Mitchell Trubisky has been among the league’s elite when it comes to rushing as a quarterback. Among quarterbacks with at least 10 rush attempts, Trubisky ranks second in overall run grade (79.4), third in forced missed tackles (6) and has a whopping 132 yards after contact (second-most). 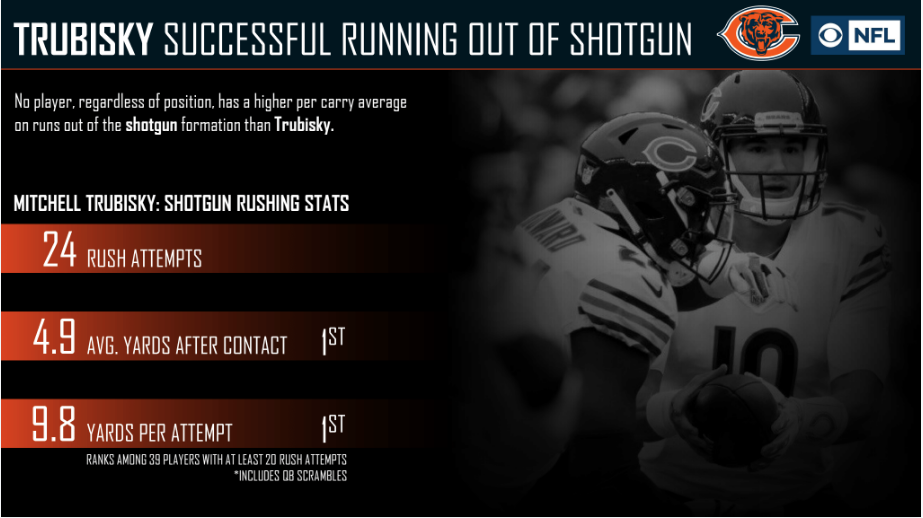 Part of the reason Trubisky dominates in the volume rushing stats? He’s one of the most-likely quarterbacks in the NFL to scramble when pressured. Trubisky has scrambled on 16.4% of his pressured dropbacks, the second-highest rate in the league.

Since suffering an ankle injury in Week 6, it’s been apparent Khalil Mack isn’t performing at the same level. He earned the lowest grade of his career (47.8) in Week 6, then followed that performance with an overall grade of 55.0 in Week 7. Mack has recorded only three pressures the past two games combined, after averaging six a game to start the season. 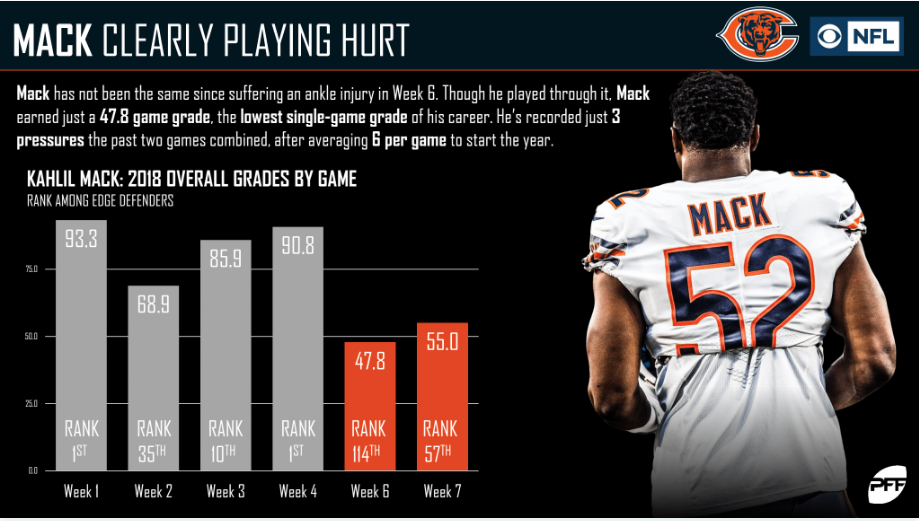 Out of 24 total dropbacks, the Chicago Bears have blitzed on just a single passing play in the red zone. Their 4.2 blitz percentage in the red zone is the lowest in the NFL, and over 16% below league average. 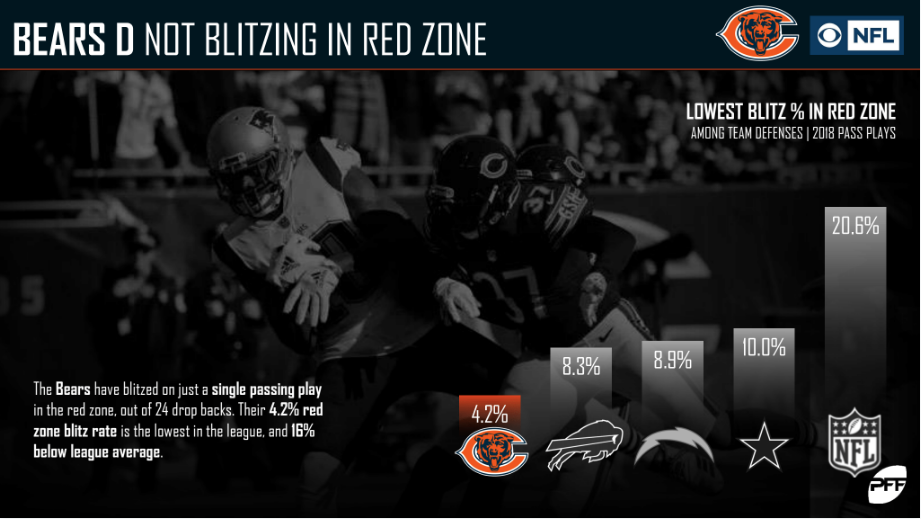 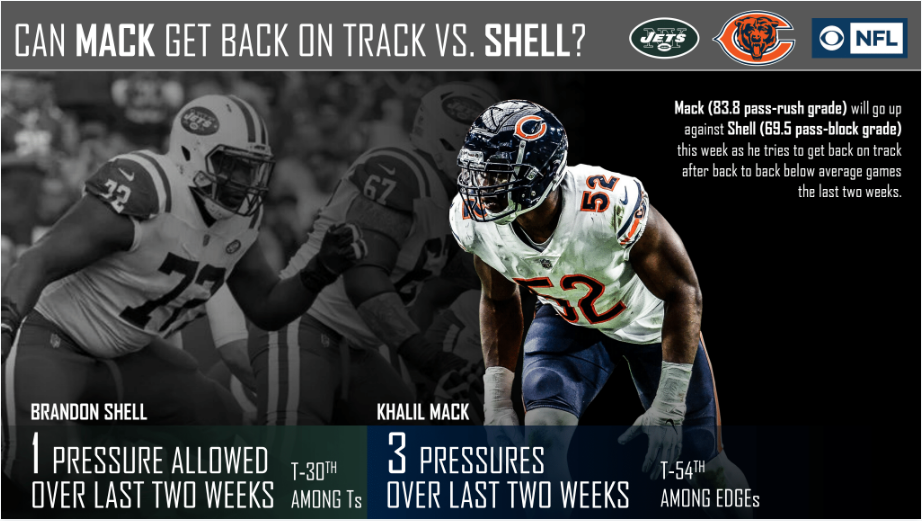 PFF Greenline has projections for the spread, moneyline and over/under of the Jets' matchup with the Bears. Get its picks here.