Beyond providing data for all 32 NFL teams, PFF also supports network broadcasters with game-preview packets that are used to enhance the in-game experience for fans and viewers. This Broncos-Jets preview features the same information our broadcast partners use for team research and in-game production.

Sam Darnold‘s performances have nose-dived since Week 1. After a solid Week 1 start (67.2 overall grade), the first-year signal-caller has continued to watch his PFF grade drop week-by-week. His current overall grade of 47.2 ranks 31st of 34 quarterbacks with at least 52 snaps. 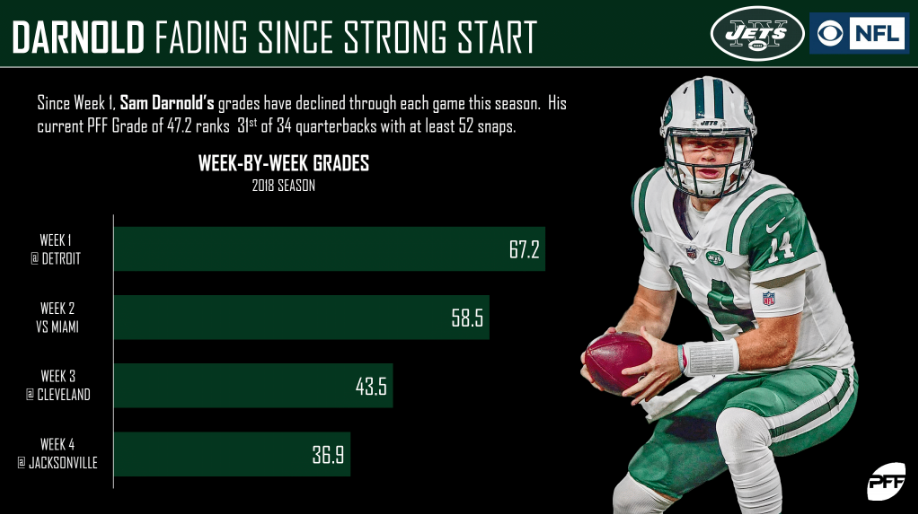 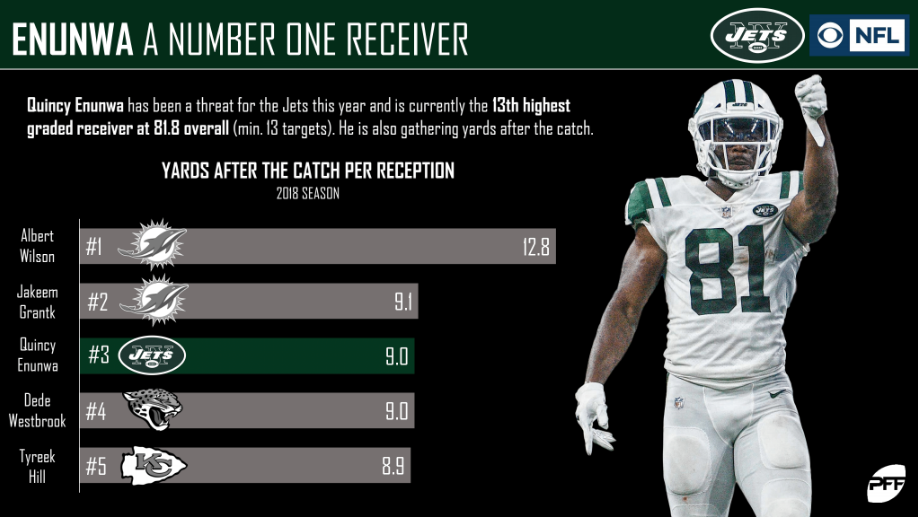 Jamal Adams taking the next step

Jamal Adams has shown major improvement from his rookie season, notably dropping his passer rating allowed from 130.2 to 49.1. His overall grade of 78.0 is nearly a ten point jump from his rookie year (68.5). 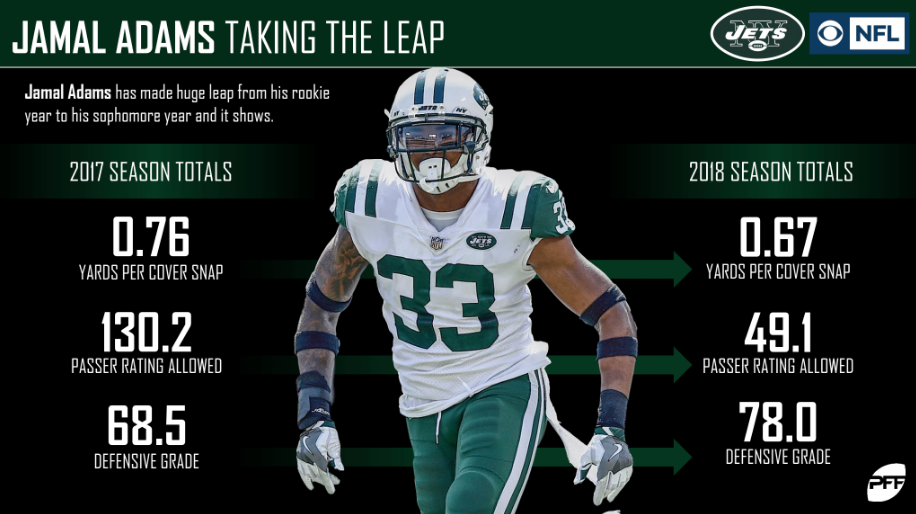 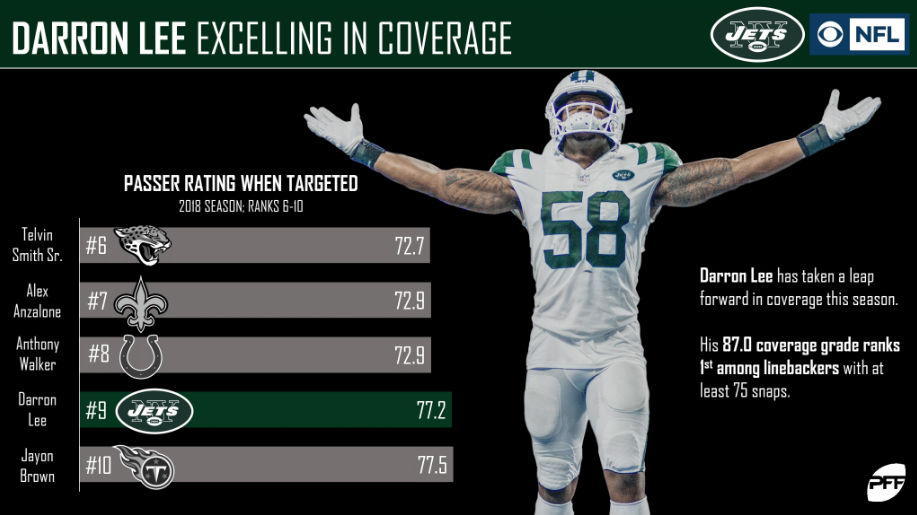 Keenum struggling from a clean pocket.

While the Broncos offensive line has taken a step forward this year, it won't matter if Case Keenum continues to struggle from a clean pocket. Keenum's passer rating when kept clean, PFF's most stable metric for evaluating quarterback play, is second-worst in the NFL. 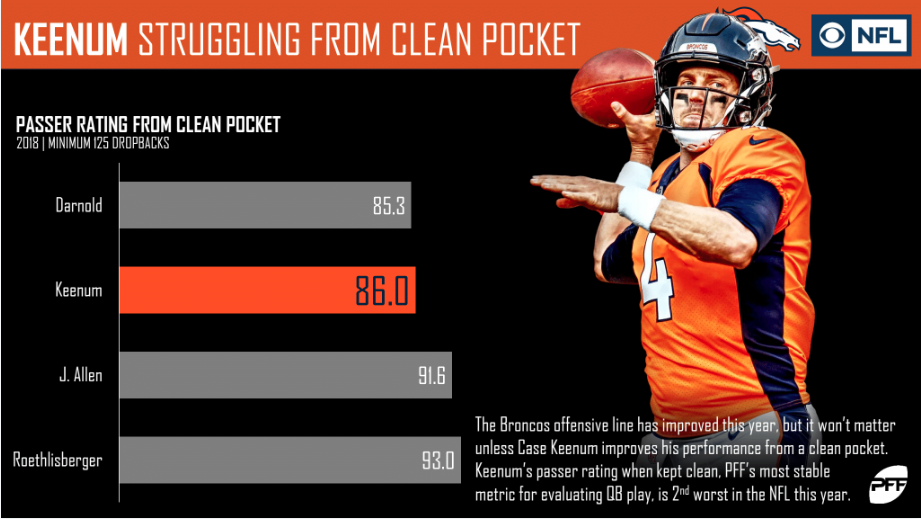 Emmanuel Sanders has seen a significant uptick in his routes run from the slot this year, as he has run 92.9% of his targets from the inside, which trails only Michael Thomas. 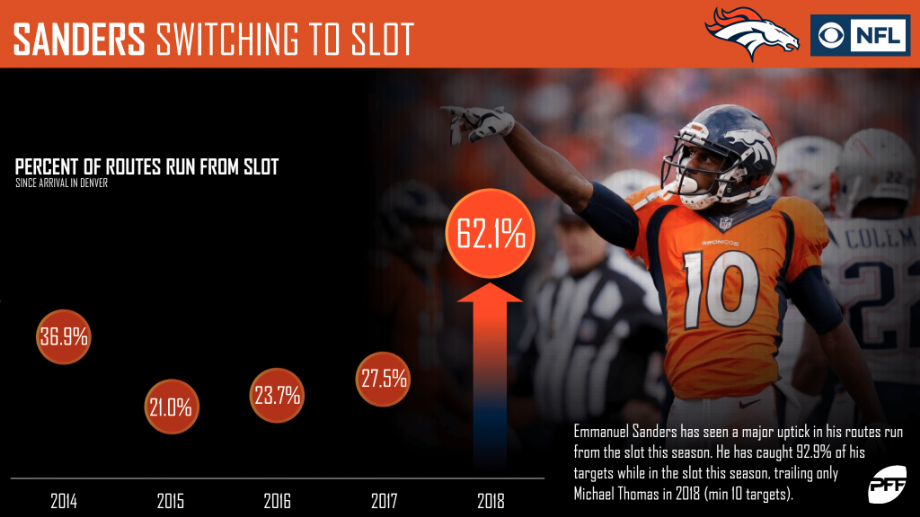 Chubb off to a strong start. 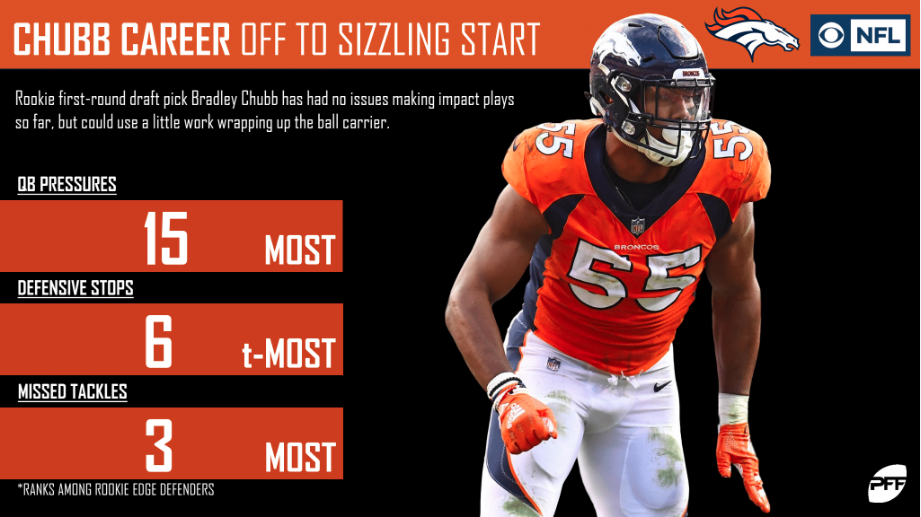 While the secondary overall has struggled, Chris Harris Jr. continues to dominate. He's allowed a passer rating of only 73.7 when targeted this season. For comparison, all other Broncos players are allowing a combined passer rating of 111.1. 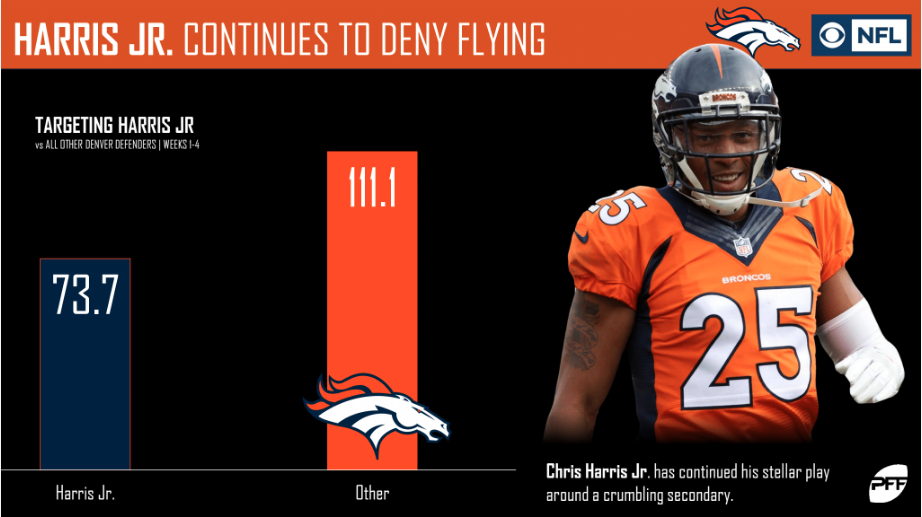 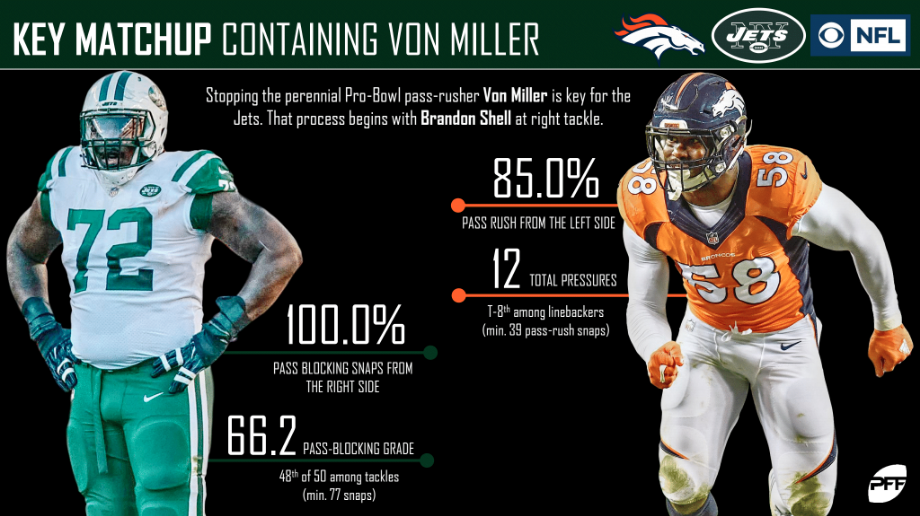