Beyond providing data for all 32 NFL teams, PFF also supports network broadcasters with game-preview packets that are used to enhance the in-game experience for fans and viewers. This Cowboys-Eagles preview features the same information our broadcast partners use for team research and in-game production.

Prescott not letting it rip

Dak Prescott is averaging the third-longest time to throw at 2.83 seconds this season. On attempts of 2.5 seconds or longer, Prescott has generated a passer rating of 88.4, 20th among 36 qualified quarterbacks. 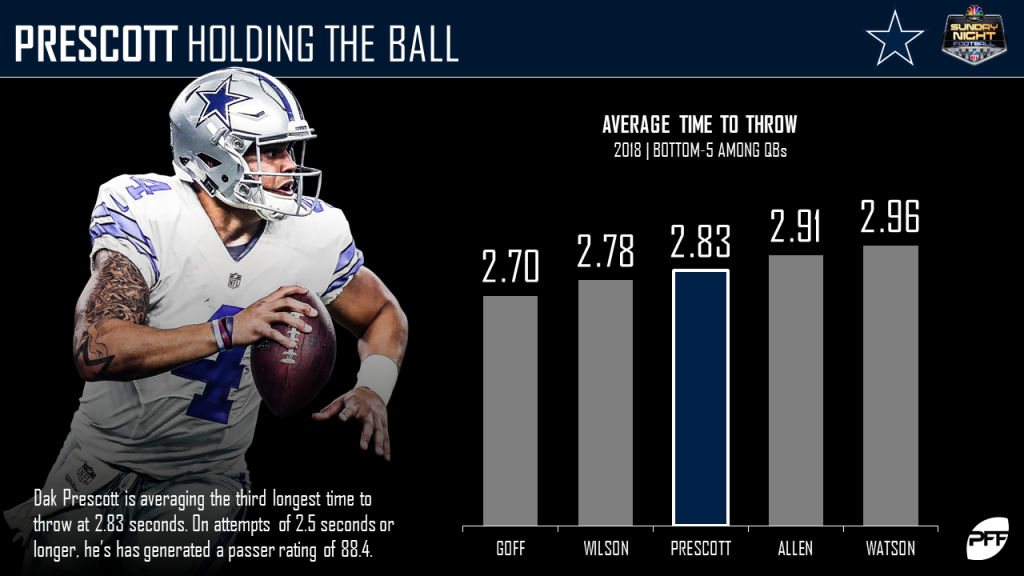 In his Week 9 debut, Amari Cooper was targeted eight times and hauled in five receptions for 58 yards and an early touchdown. Overall, Cooper generated an 84.4 passer rating when targeted in his Cowboys’ debut.

Another injury to veteran linebacker Sean Lee has put more pressure on rookie Leighton Vander Esch. Vander Esch has been a bright spot for the Cowboys’ defense and ranks fifth among rookie defenders with an overall grade of 82.1. 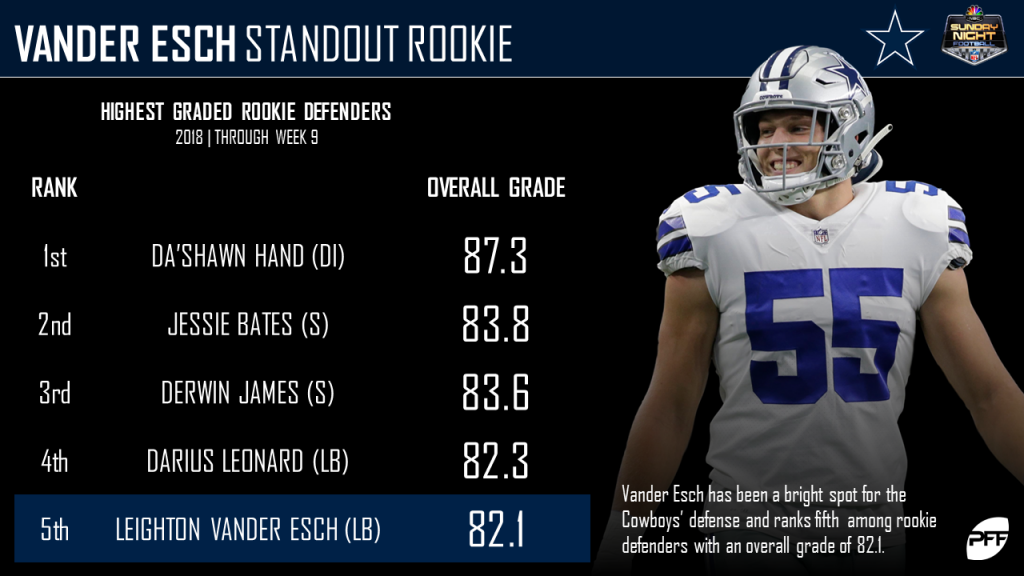 Jones’ blanket coverage on the outside

Byron Jones has been a shutdown corner this season for the Cowboys. Jones is allowing an average of 0.58 yards per coverage snap, fourth-best at the position.

Wentz as accurate as they come

Carson Wentz has been one of the most accurate passers in the NFL this season. His 80.1 adjusted completion percentage ranks fourth among quarterbacks going into Week 10.

Golden Tate is set to make his Eagles’ debut this week. Since being drafted in 2010, Tate has forced 172 missed tackles. That is 63 more than any other wide receiver in that span. 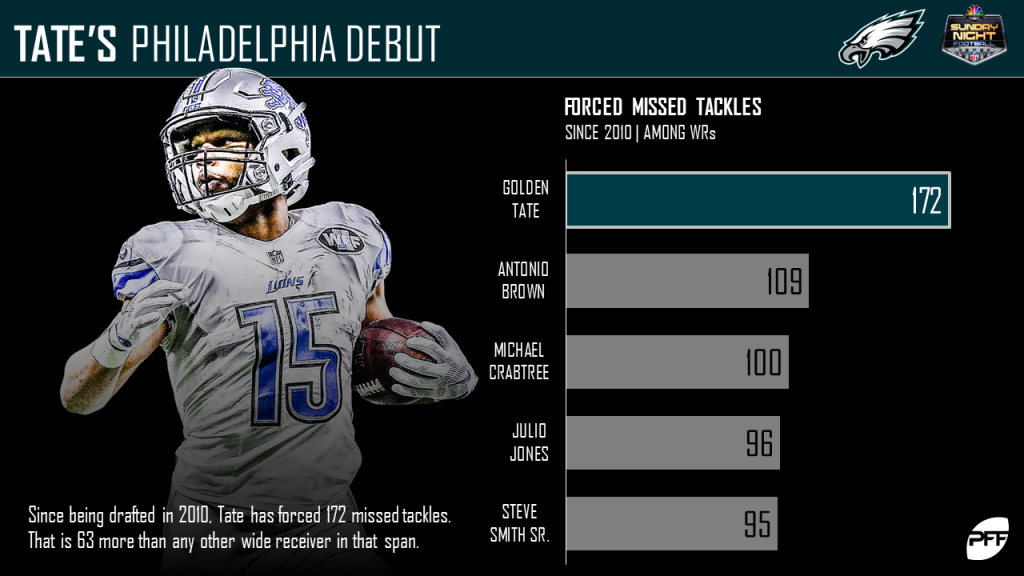 Tight end Zach Ertz has been a target monster this season. He leads all tight ends with 72 targets, and his 10.3 targets per game is fifth overall among pass catchers and almost three more targets per game than the next closest tight end.

Eagles’ defense no need to blitz

The Eagles’ have one of the lowest blitz rates in the NFL and for good reason. On passing plays where the Eagles don’t blitz, they’ve generated pressure on the quarterback at a rate of 41.0% – the highest in the league. 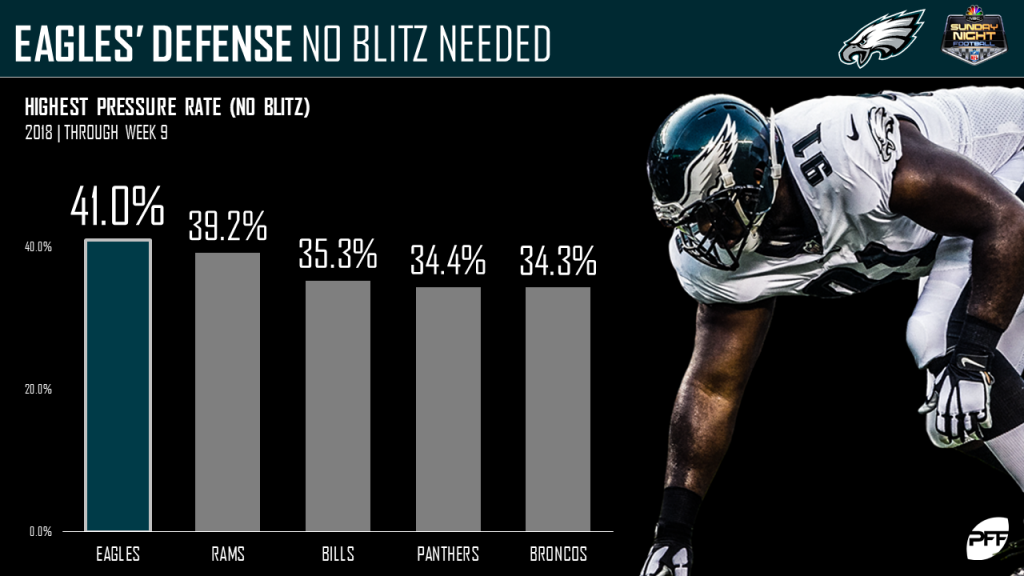 PFF Greenline has projections for the spread, moneyline and over/under of the Cowboys' matchup with the Eagles. Get its picks here.