Below is the 2018 season recap for the Dallas Cowboys.

After starting the season 3-5, the Dallas Cowboys were able to right the ship and win seven of their last eight games to win the NFC East and make the playoffs. The team managed to win a playoff game for the first time since 2014 before falling to the Rams to end their season. 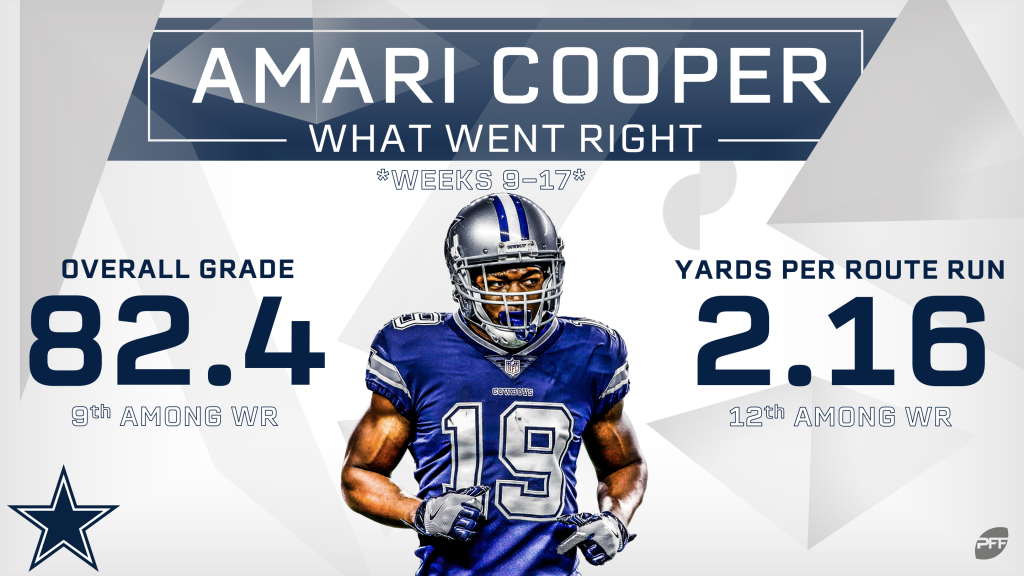 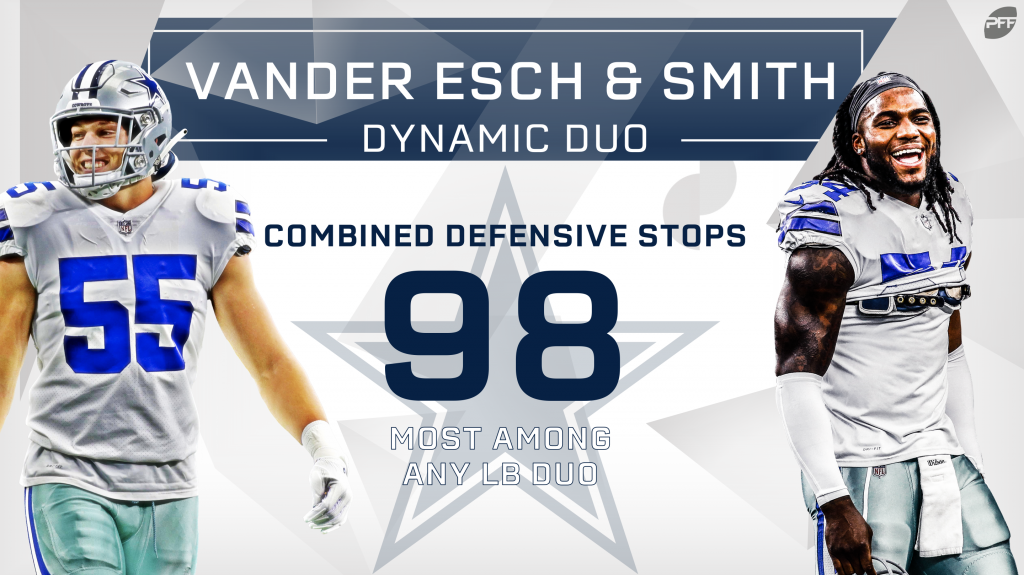 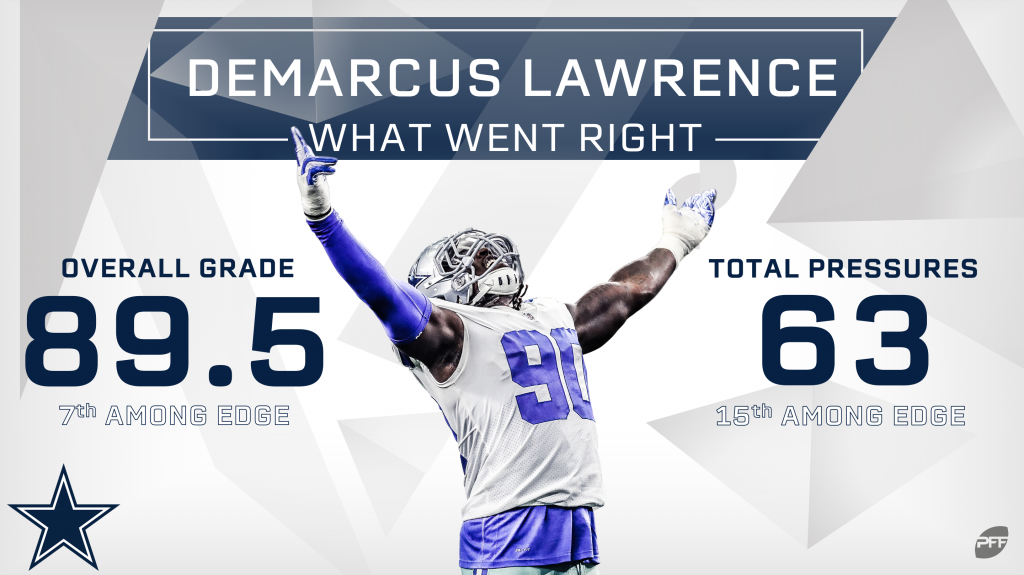 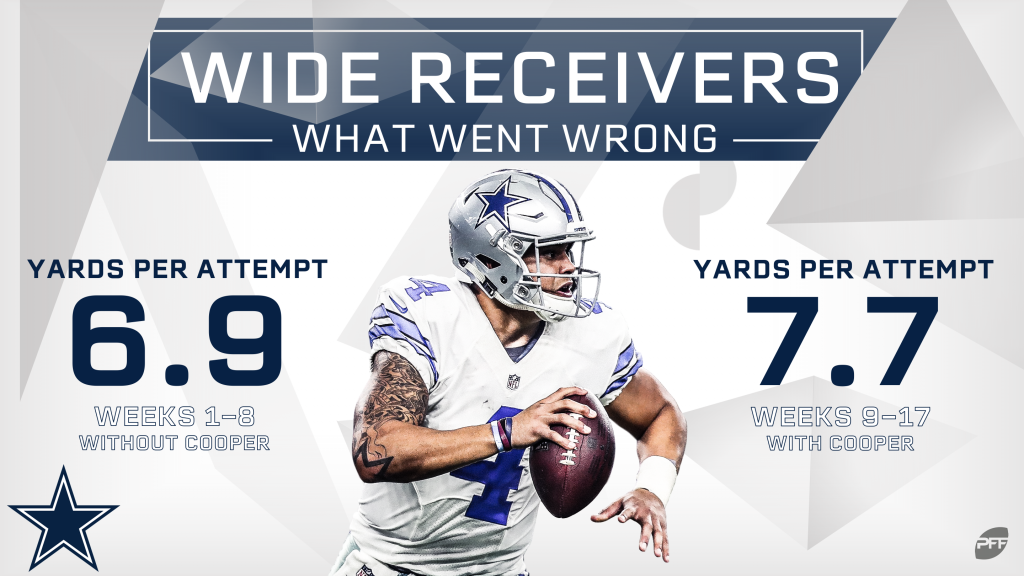 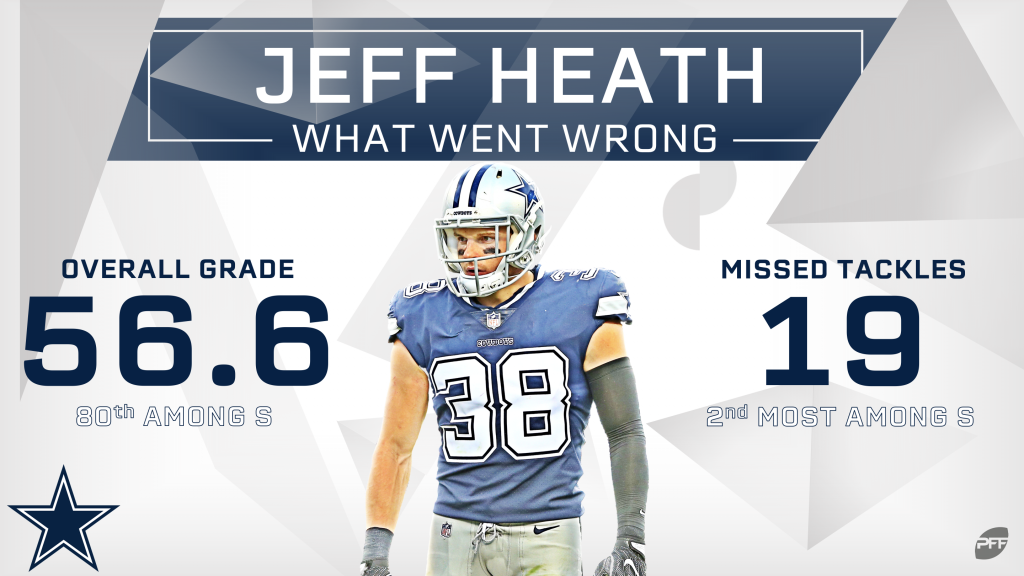 Dallas addressed a lackluster passing game by trading for WR Amari Cooper from the Raiders, who gave Dak Prescott the No. 1 target he had been sorely lacking to that point. Cooper proved that he can still be an elite receiver at this level, earning a top-15 grade during his time in Dallas.

Dallas slapped the franchise tag on pass rusher Demarcus Lawrence, asking him to prove he could back up his career year with another one before they committed big money to him. He did, with an overall grade of 89.5, just down on a season ago but still top 10 among all edge rushers.

Linebacker Jaylon Smith completed one of the most impressive comeback stories of recent memory, finally emerging as the player his Notre Dame tape showed he could become before a devastating knee injury. Smith flew to the football all season and teamed with key rookie Leighton Vander Esch to record 98 defensive stops, the most among any LB duo. 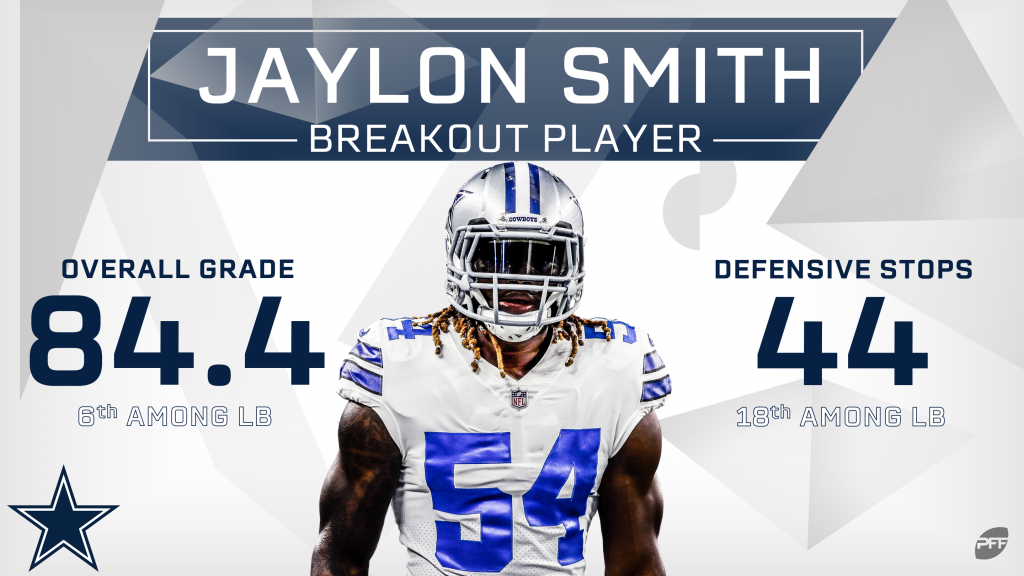 Dallas was able to get one monkey off their back with a playoff victory, but couldn’t take that next step and fell to the Rams in the divisional round of the playoffs. With a lot of exceptional young talent, this team could back up that late-season run with a strong 2019 season.