After a big SEC East win last week against South Carolina, there was no letdown for Georgia who took care of business with a 49-7 win over Middle Tennessee State. Starting on the offense where quarterback Jake Fromm posted an 86.1 overall grade, as he completed all three of his 10-plus yard attempts for 88 yards, including a beauty of a post route for a 65-yard touchdown. 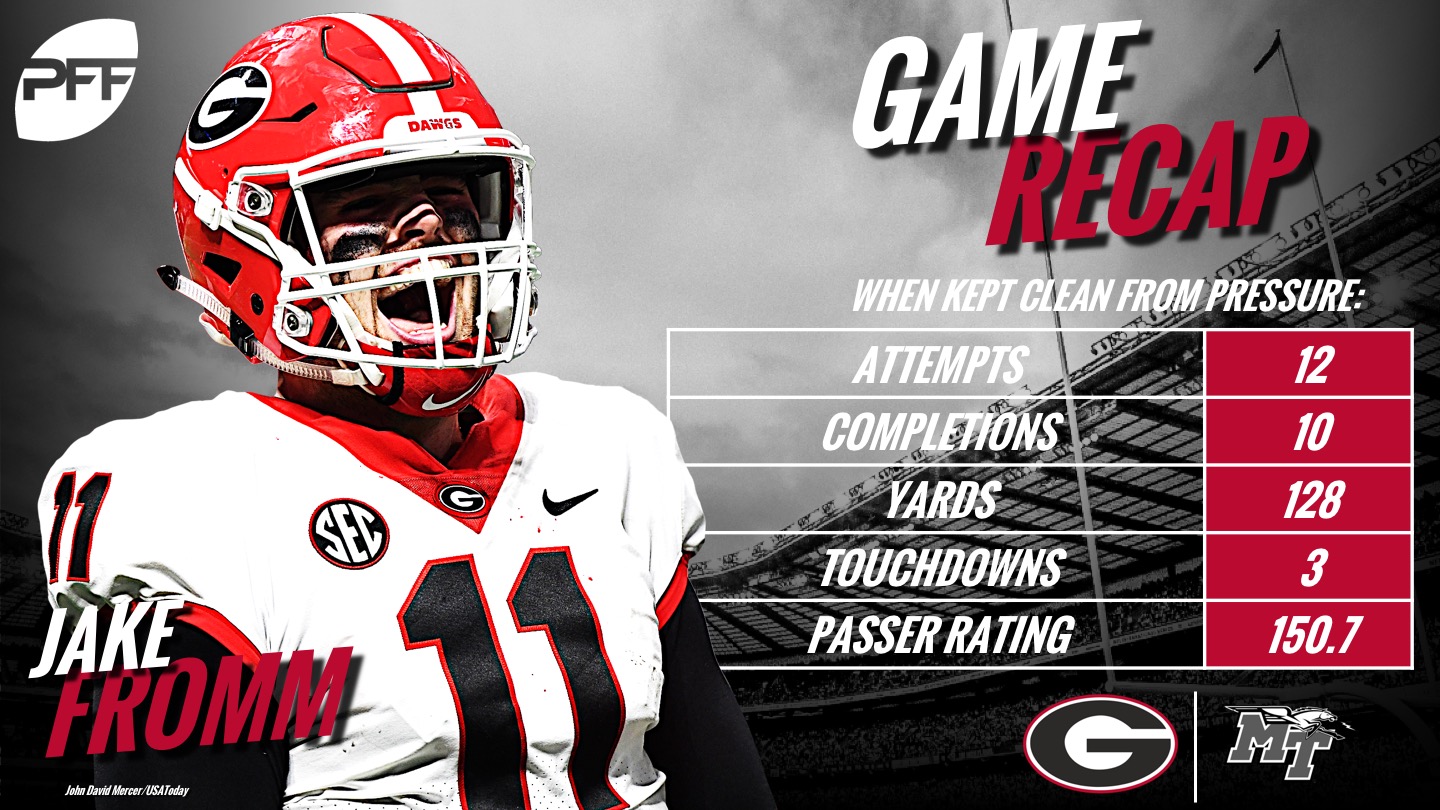 True freshman Justin Fields graded at 90.5 overall in relief as he completed three of his four 10-plus yard throws while picking up 31 yards and a score on three scrambles.

As for the weapons, WR Mecole Hardman had another big day with a 70-yard punt return for a touchdown while also scoring on one of his four receptions while WR Jeremiah Holloman was the recipient of the 65-yard strike from Fromm.

Defensively, CB Dandre Baker posted the highest grade at 91.5 overall as he was targeted three times, allowing two receptions for negative yards while also picking off a pass. 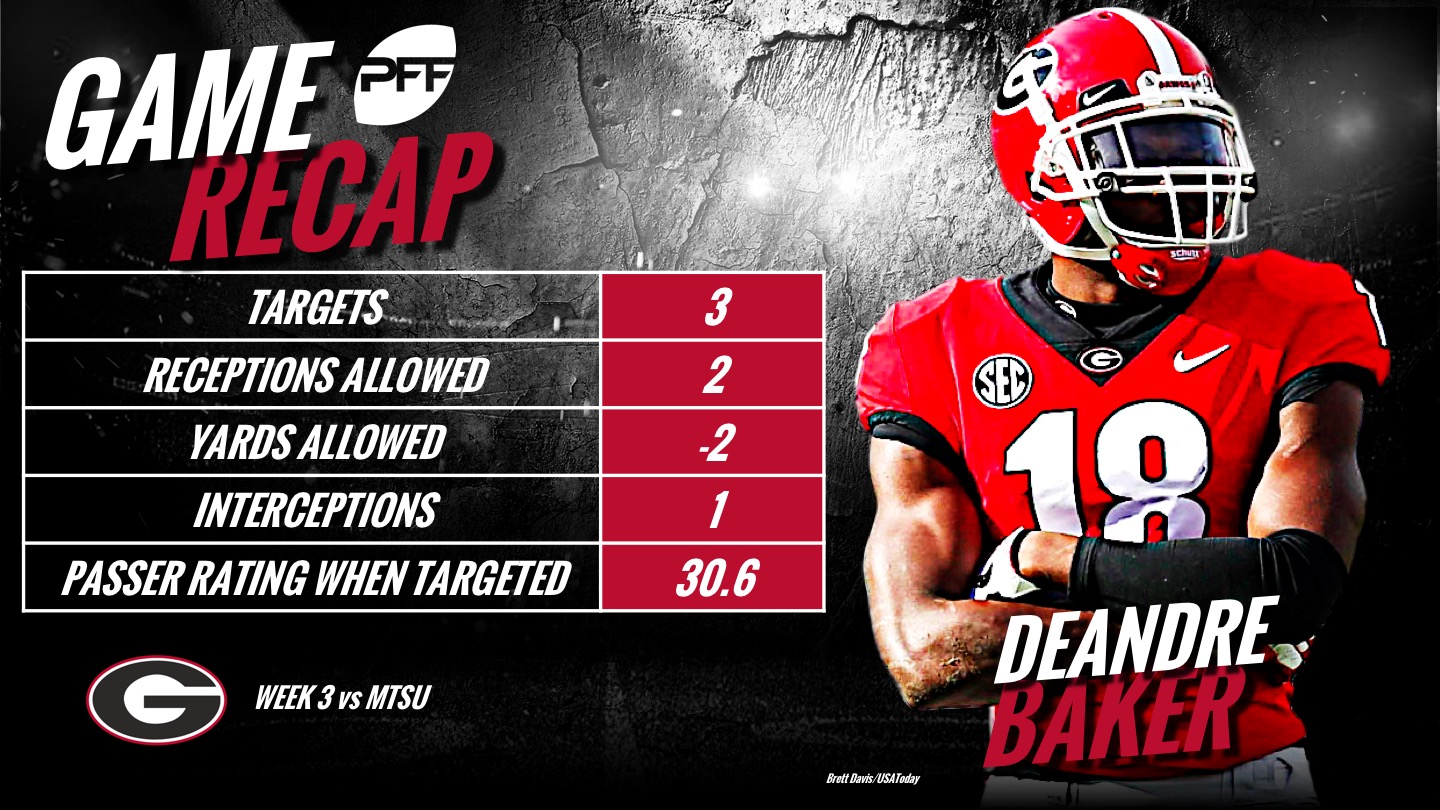 Up front, defensive tackle Tyler Clark continued his strong play against the run with a team-high three stops, while Jonathan Ledbetter had the highest pass-rush grade at 74.2. Overall, 39 players saw at least one snap for the Georgia defense as they emptied the bench in the blowout.
Middle Tennessee State.

There weren’t many positives on the other side as QB Brent Stockstill was unable to connect on any of his five attempts of 10-plus yards. He was only under pressure on four out of his 30 dropbacks as he averaged an incredibly low 1.84 seconds to throw and his 2.14 mark is currently lowest in the nation.

At wide receiver, Patrick Smith earned the highest grade on the team at 65.4 overall as he picked up 74 of his 78 yards after the catch on nine receptions. Center Josh Fannin also showed well, both as a run-blocker and in pass protection.

On defense, interior defensive lineman Rakavian Poydras was solid in the run game on his 19 snaps and fellow interior player Rosheem Collins had the top grade among the starters at 62.4. Three different Blue Raiders tied for the team lead with three stops apiece, including safety Decorian Patterson who also tied for the lead with six tackles while posting the top run-defense grade at 74.9.