Now that there are just three weeks remaining in the 2022 NFL season, it’s time to start looking forward to the playoffs. 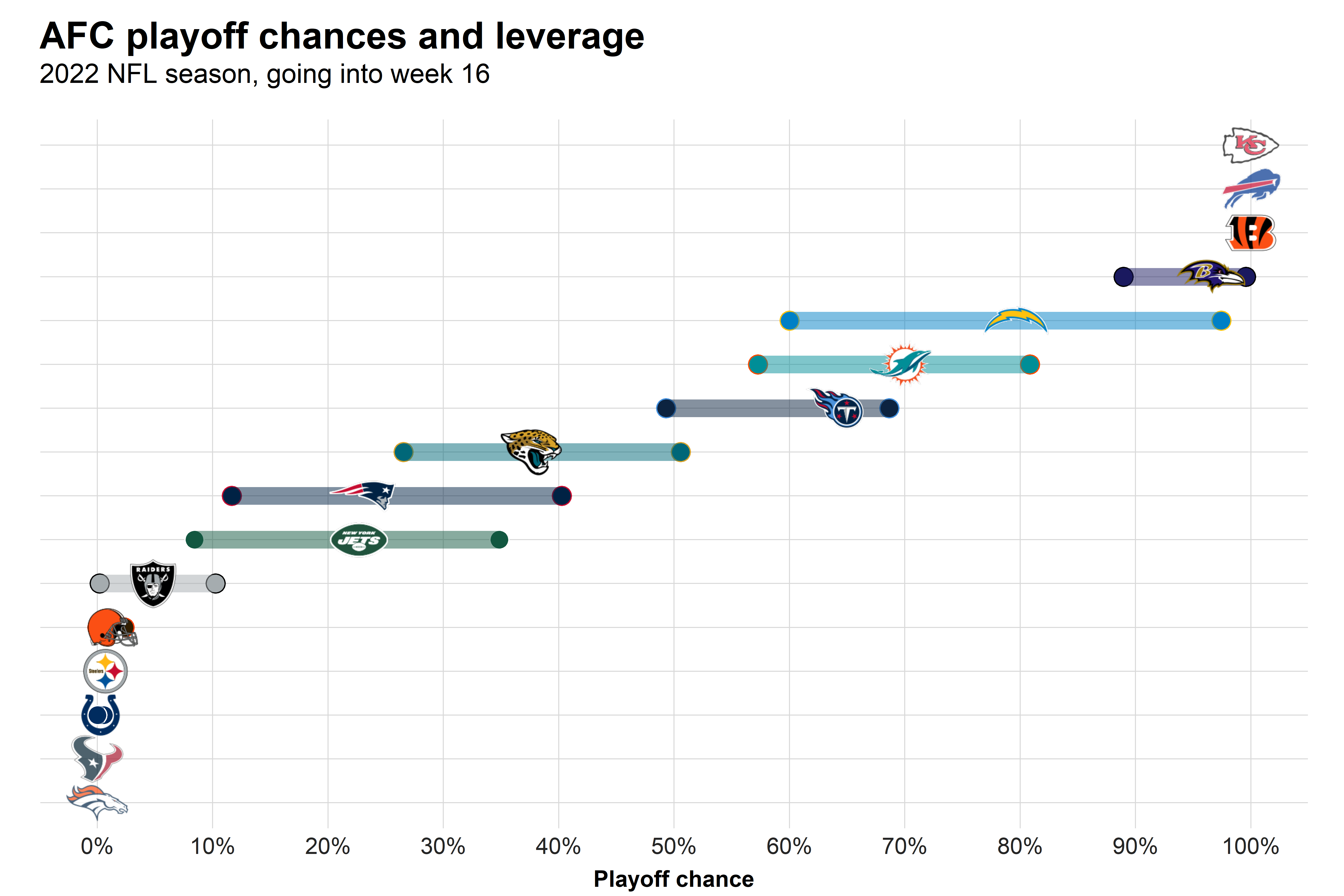 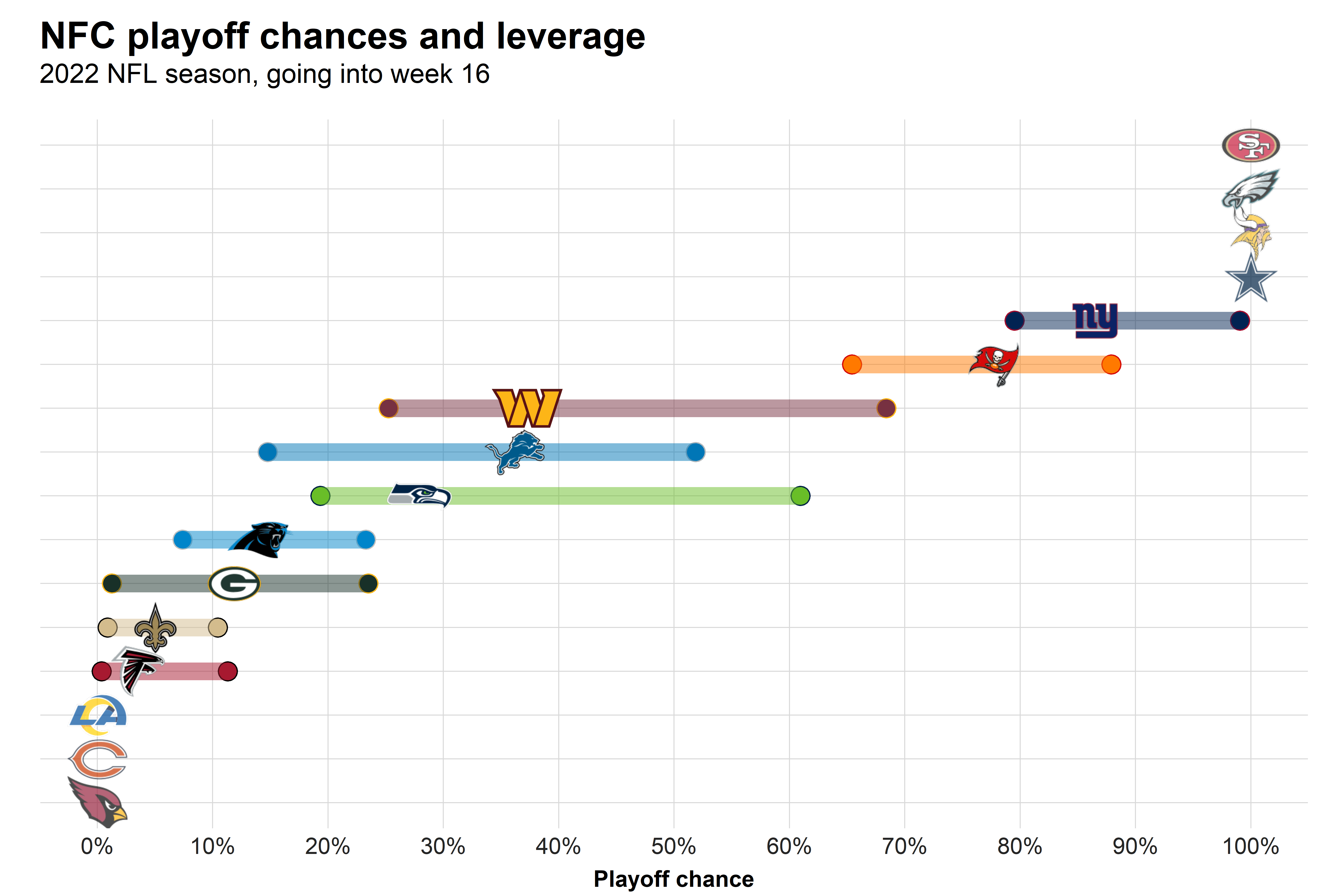 TEAMS WITH THE MOST AT STAKE IN WEEK 16

There are three open division races in the NFL right now: the NFC South, AFC South and AFC North. Here is how the odds stack up in the NFC South:

Few people would have seen this coming, but as of now, the NFC East is sending all four teams to the playoffs, while the AFC East has a chance to send three.

The East divisions are also the most likely divisions to send all teams to the playoffs. Our simulations see this happening 29% of the time for the NFC East. AFC East teams have lost too many games out of the division in recent weeks to make this happen, as all four teams make the playoffs in less than 1% of our simulations now.

Every team in the NFC South is currently below .500. The chance that it stays this way — i.e. the NFC South winner ends up being 8-9 or worse — is currently 75%, according to our simulations. The only team that could get to nine wins is the Tampa Bay Buccaneers, and they need to win out to make this happen.

Thanks to the emergence of the Jacksonville Jaguars and the struggles of the Tennessee Titans, we could see another division winner with fewer than nine wins, as there is a 31% chance that a losing team wins the AFC South. In these cases, this would be the Titans (61%), Jaguars (38%) or Indianapolis Colts (1%).