The rookie seasons have come and gone for a majority of last year’s first-round picks. It was a fairly tame year for the first-rounders, with only five players earning an overall grade of 70.0-plus on the season. With the regular season now over, let's look at how each rookie performed in their inaugural NFL campaigns.

It looked as if Murray was starting to hit his stride with impressive outings in Weeks 5 and 6 against the Bengals and Falcons, respectively, before faltering down the stretch late in the season. He still finished with five more big-time throws (23) than turnover-worthy plays (18) on the season, which is encouraging for when the Cardinals surround him with more talent.

The hands-down Defensive Rookie of the Year, Bosa shattered our rookie record for pressures in a season with 80, ranking sixth among all positions. No need to compare him to rookies, Bosa is already in the elite tier of NFL edge defenders. 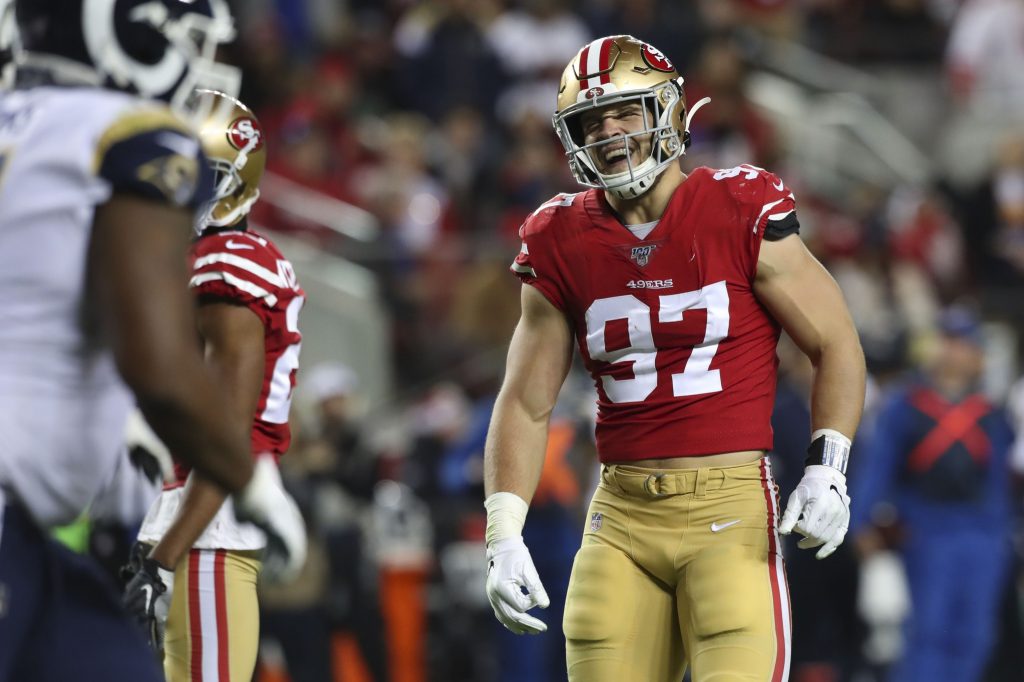 Williams may have had the most head-scratching rookie season of any first-rounder. After posting the highest grade we’ve ever given to an interior defender last season at Alabama, Williams was the opposite of dominant for the Jets. He registered multiple pressures in only six of his 13 games.

Ferrell came on strong in the run game down the stretch with run-defense grades of 65.0-plus in each of his last six outings. As a pass-rusher, though, Ferrell didn’t have a single game with more than three pressures or a 70.0-plus grade.

Too often this season, White looked like the player we saw his sophomore season at LSU. Consistently a tick slow to read things, White struggled to a 46.9 run-defense grade and 55.2 coverage grade. The good news is we still saw flashes of his talent. And the more comfortable he gets in the defense, the more likely that skillset takes over.

Jones' fumbling issue was massive. Purely passing the football, though, there was a lot to like. On throws where he actually targeted a wide receiver, Jones’ 78.0 passing grade was tops among all rookies this season.

The most productive rookie edge defender not named Nick Bosa, Allen came up just short of 50 pressures on the season. He had multiple pressures in his last five games, and we expect big things from him in 2020.

Hockenson’s 131-yard outing in Week 1 was the ultimate tease, as he didn't even top 60 yards in a game the rest of the year. He wasn’t quite as special as advertised as a run blocker, either, and finished with a 60.8 grade in that regard.